Competition is set to intensify in the Italian telecom market following the launch of Wind Tre and Iliad’s upcoming market entry.

These are interesting times for the Italian telecommunications market. With estimated revenue of $30.3bn in 2016, Italy was the fourth largest market in Western Europe.

Following a period of fairly stagnant growth, revenue is expected to pick up over the next five years, thanks to operator investments in next-generation fixed and mobile networks and regulatory initiatives, such as the national ultra-broadband plan.

The merger between 3 Italia (part of CK Hutchison) and Wind Italy (owned by VimpelCom) was approved by the European Commission (EC) in September 2016, and the deal was finalised in November 2016. 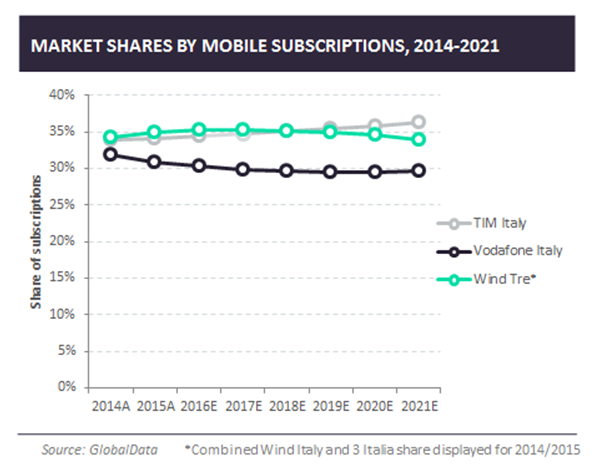 As part of the remedy package proposed to the EC, French telco group Iliad signed an agreement to launch as a fourth mobile network operator in Italy.

Iliad’s entry will disrupt the market but it won’t have the same impact as Iliad’s entry had on the French mobile market.

Recent price declines in the Italian market, which is predominantly prepaid, will dampen Iliad’s opportunity to gain market share through the launch of discounted offers, for example.

Telecom Italia (TIM Italy), who lost its crown as number one mobile operator to Wind Tre in 2016, will look to respond to recent developments and has pledged to invest €11bn ($11.6bn) as part of its 2017-2019 financial plan, including €5bn towards expanding ultra-fast broadband networks.