Some 768 million people used the service during the holiday, up 10 percent compared on last year’s holiday, according to the company.

Typically people will gift dozens of honbgbao, according to Tencent.

WeChat — which has around one billion users — revealed someone from the east Chinese city of Nanchang received 3,429 red envelopes, while someone in China’s Chongqing Municipality gave 2,723 of them.

Those users are very active, too; the average daily time spent on the app rose to 66 minutes in 2016 — Facebook’s daily average is 50 minutes. 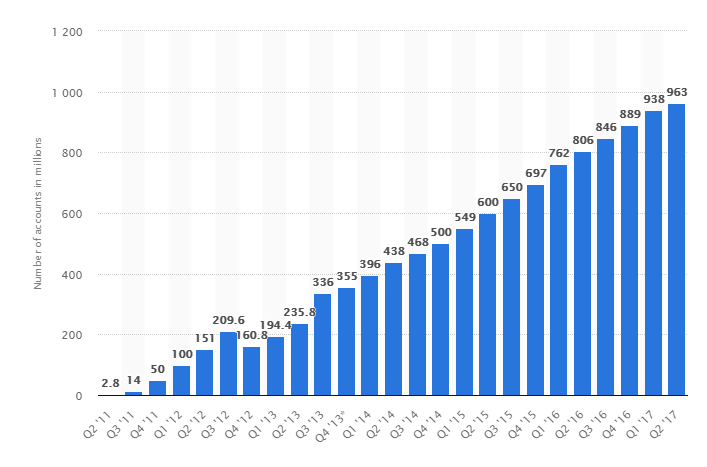 Mobile payments and digital banking is exploding in China, a country that has leapfrogged the plastic credit and debit card era.

The mobile payments market in China was thought to be worth $15.5 trillion last year, making it the world’s third largest.

At the peak 28m people were playing WeChat mini games at the same time.

The WeChat red envelope was developed by the Chinese investment company Tencent and launched in January 2014.

Users can give others virtual credits which can then be used to purchase goods online or withdrawn.

Since then the digital version of the cash gift has become increasingly popular with tech giant Baidu and the online shopping conglomerate, Alibaba offering their own.

Since launching the project, the market value of WeChat Pay, WeChat’s financial services division has more than doubled.

Around one billion people are expected to celebrate Chinese New Year in 2018. The Lunar New Year festival — which it is known as outside of China — began last Friday and goes on until the 2 March.