Jawad Ashraf is the CTO and co-founder at Terra Virtua, the marketplace for non-fungible tokens (NFTs).

The NFT craze has cooled down slightly from the early months of 2021. Back then, you couldn’t open the tech pages on news sites without being bombarded by stories about how yet another celebrity had jumped on the trend. If it wasn’t Star Trek’s William Shatner selling digital trading cards then it was music artist Grimes peddling her own artwork to the tune of $6m.

When Square, the payment company run by Twitter’s founder Jack Dorsey, bought music-streaming company TIDAL in March, it was interpreted as a way for the fintech to get into NFTs and provide musicians with new ways to get paid for their music. Dorsey also sold the original tweet for $2.9m in March.

Unsurprisingly, several companies decided to strike while it was hot. For instance, NFT marketplace OpenSea managed to raise $23m in an funding round in March.

Terra Virtua and its CTO Ashraf are among the people who have benefited from the craze. The startup was founded in 2016 and has raised $2.5m to date. The company provided a marketplace to trade augmented reality (AR) and virtual reality (VR) NFTs.

In this Q&A, the latest in our weekly series of CTO Talks, Ashraf explains where his interest in technology comes from, why he’s passionate about NFTs and tell us about that one time he cuddled with a living shark. 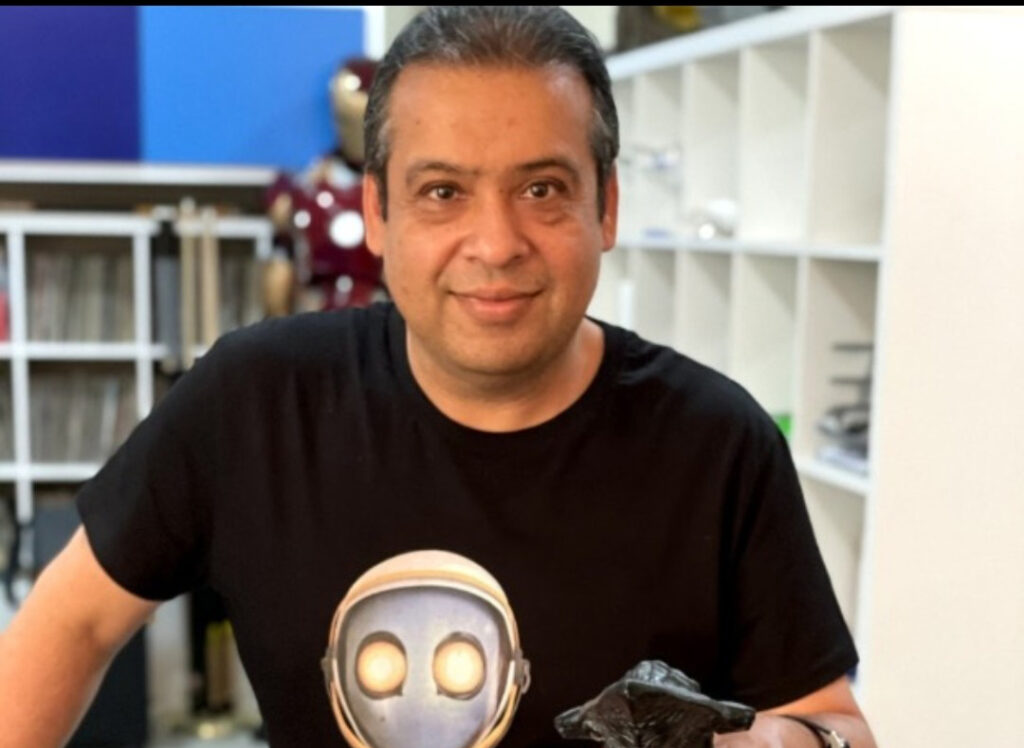 Jawad Ashraf: I’ve been building and engaging in different sorts of systems since my early 20s. In fact, as soon as I entered the working world, I knew I wanted to be involved in disruptive technologies that would ultimately help businesses gain a competitive edge. I originally started as a developer and coder, working on web applications, mobile apps and was even a part of a children’s gaming company that received over 24 million downloads.

In regards to my current role as CTO and co-founder of Terra Virtua, I have always found myself looking towards what the next big technological advancement would be and, in 2016, it all revolved around blockchain, NFTs and ownership of digital items. There wasn’t really anyone leading the sector and that is how I decided to set up Terra Virtua.

I can’t quite pinpoint it, but I’ve always been interested in computers. I believe it may have started when my parents purchased a ZX81 home computer – I hooked it up to my black and white monitor and my parents could not get me away from it as I would spend hours exploring every feature.

I ended up owning every model since; it was the next technological advancement that kept me engaged as I was always interested in what would make the process that much smoother.

It was that passion that got me into STEM and prompted my studies in Computer Science at university which, after a career spanning over 30 years in tech, got me where I am today.

I think VR and blockchain hold the most promise as they evolve. For VR it is about how it can mature to bridge the gap and create a more seamless experience of the virtual and communicative world. The hardware behind the technology needs to become less clunky, so that the technology can truly take centre stage. Once this is achieved, I believe it will become part of our everyday life.

As for blockchain, I’m certain it will be disruptive to every layer of society. Here the challenge lies within government control, decentralised power and getting the green light from regulators before it can be seamlessly integrated in our everyday life.

To sum it up, the challenge these technologies face are hardware and acceptance.

My advice is: always get the product out to the market quickly and listen to the users. They are the ones who will ultimately be using your product, so their feedback is key to your success. Don’t overthink or overengineer – learn from your customers! When creating Terra Virtua we practised what we preached – and for the last year we have listened to all the feedback from our users during the beta testing phase and have made tweaks to our offering in line with what they wanted to see; we are proud to soon be launching a bigger and better digital platform with the user experience at heart.

I’d have to say the variety of characters I’ve met and dealt with within the blockchain sphere; I’ve typically found that the general mindset and atmosphere of those in the blockchain industry is different to other industries and businesses. In traditional business environments, people are thinking medium to long term and are constantly considering business growth. On the other hand, people in the blockchain sector are rather idealistic and have quite a short-term mentality as they’re accustomed to ever-changing cycles of growth and decline. It is this short-term mentality that means the industry is full of creative brains, determined to make it a success.

I’ve cuddled a shark right by its nest on the floor of Cozumel – wild when I think back upon! I am an avid scuba diver and, whilst on holiday in Mexico with my wife, our scuba guide mentioned he’d become friendly with a family of sharks, feeding them daily, who he swore were tame enough not to eat you. He managed to convince us to go down and see the action – one thing led to another and all I could say afterwards was, “that was silly.” I’m not sure how we managed that, but it was brilliant!

The standardisation, regulation and acceptance of blockchain as a mainstream technology is critical in our field at the moment. Currently, the majority of organisations are hesitant to implement any concrete regulation and structure. But in order to successfully run a business that uses this mainstream adoption of technology, you need a proper framework. Unfortunately, we still don’t have one as there is a lot of government scepticism surrounding it. So, whilst they’re figuring out regulations, we’re trying to run our business as smoothly as we can, which is often quite challenging.

If I hadn’t followed down the route of technology to where I am today, I would have probably ended up in investment banking. I had a lot of overlap in the field during my career and I was truly fascinated by the world of finance. Other than that, I’d like to think I would have ended up in research and innovation in a disruptive field where I’d deal with cutting-edge technology.