In Japan, there’s been a whisky renaissance over the past 20 years.

During a morning meeting at one of London’s premier ramen establishments, Mike Miyamoto, global brand ambassador of Japan’s House Of Suntory, tells Verdict how whisky climbed back into the mainstream after a whole generation turned their backs on it:

Whisky was popular in Japan in the 1950s and 60s and lots of people enjoyed it back then. Maybe in the 1970s too, actually.

But youngsters who grew up after then, the sons and daughters of the people who liked whisky, they saw their parents binge-drinking whisky and they really hated it. They saw it as an old-man’s drink.

That’s why in the 25 years since 1983, we’ve had a constant drought for the whisky market in Japan. But then their sons and daughters grew up not seeing their parents drinking whisky. Those youngsters picked up on whisky as a fashion.

It’s hard to hear this story and not think of the West’s re-adoption of gin. The situation was almost the exact same in that gin was a popular drink right up until the 1980s.

When vodka arrived with splashy marketing campaigns, it displaced gin’s position for that generation. The recent gin-boom is in part down to a newer younger generation rediscovering the gin that their parents shunned.

When Verdict mentions the similarity to Miyamoto, he flashes a wistful smile and says he thinks that whisky has more opportunities than gin, in terms of the diversity and the differentiation. 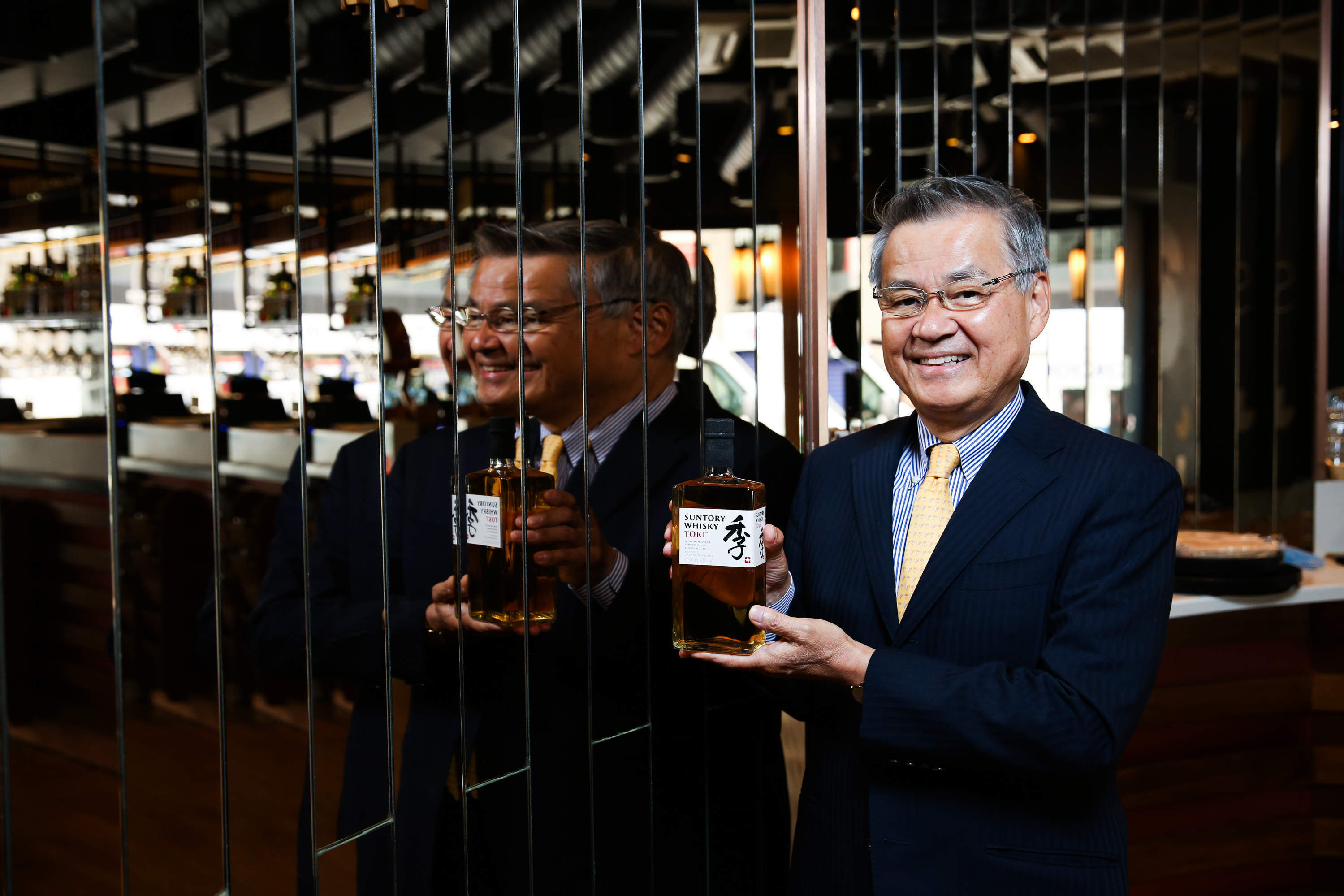 At the moment, whisky is enjoying a resurgence in Japan as a result of this millennial boom. And now Japan’s oldest whisky distillery, House Of Suntory, is also hoping to grab the attention of millennials in the West.

According to figures from GlobalData, consumers aged 55 and over make up 25% of the overall whisky market. In contrast, consumers aged 25-34 drink 22% of whisky worldwide. Clearly, there’s a burgeoning market for whisky, which is fast catching up to older generations. Associate analyst Charles Sissens told Verdict:

Japan tackles the thirst for whisky by offering younger consumers a lighter, more innovative tipple. This is positioned well to capture interest in the spirit.

Still there is a clear generational barrier, which producers will have to take on: the lack of demand among younger consumers. As of 2017, 25 to 34 year olds only were consuming 826 million litres of whisky globally, whereas older consumers drank 948 million litres.

After finding some success redressing that balance in Japan with their Kakubin whisky, Suntory is aiming to repeat this in the West.

Suntory just launched Toki, an introductory whisky for those who might not be familiar with the spirit, Miyamoto explains:

We decided to actually launch Toki two years ago. We had Yamazaki Single Malt, Hakushu Single Malt, and the Hibiki Blended Whisky in the luxury category. They’re very expensive. They’re too expensive for those who haven’t been exposed to whisky, so we decided to make a brand that’s affordable to new entrants. That’s what Toki is.

But there’s a little more to Toki than just being a convenient introduction for whisky newbies.

What is in Toki?

Traditional blended whiskies are made with a pyramid structure. The majority of the whisky forming the base of the pyramid is a grain whisky. A little less malt whisky is added on top of that. Finally, distillers add a very small amount of dressing malt.

This structure is used because malt whisky is much stronger than grain whisky and can overpower it. As a result, most distillers must use lots of the latter and less of the former.

However, in Toki, Suntory has found a way of circumventing that issue, Miyamoto explains that their blenders use a particularly heavy type of grain whisky and a much lighter malt. The ingredients balance one another out, making it ideal for whisky first-timers:

A lighter type malt means it is much easier to swallow than normal blended type whiskies or a single malt, which makes it perfect for a new entrants to the whisky market.

As we chat, Miyamoto pours three tasting glasses of whisky, the component parts of the secret Toki blend.

He explains what each of the three whiskies bring to Toki.

Our Hakushu distillery is situated in the southern Japanese Alps. It’s a very, very nice forested area and the water is lighter. The environment is very nice which is why we get a very light and fresh malt whisky from Hakushu.

You may pick up on the fruity note, apples and pineapples from that one. It’s very refreshing for a malt. It’s herbal, there are herbs in it, because the distillery is located in the forest so there’s a lot of vegetation around. There are pines and oaks and flowers. They go into it.

You see whisky has to mature in a wooden cask. The cask is not airtight and sealed, it breathes. Whisky loses two or three percent per year because it breathes. It evaporates a bit, so we lose a lot of whisky. But outside air comes and sneaks in, so you get those notes.

It doesn’t give you much in aroma but it definitely gives you sweetness.

It’s a lot sweeter than the Hakushu. I think the aroma comes from Hakushu but the sweetness comes from grain whisky.

But it’s not complex enough that’s why we decided to use a small portion of Yamazaki, aged in Spanish oak sherry casks. It’s significant.

There’s a toffee, sugary, chocolate kind of smell to it.

You shouldn’t use too much of this in the blend or it’d be ruined. So we just use a small portion in our Toki blend.

As a single malt this one is remarkably good. Lots of whisky drinkers look for Spanish oak sherry cask whisky. Macallan is very famous for it. Lots of people love this special feature. But this time we’d like to attract more new entrants, so instead of using a lot we just use a small portion.

A drink for the summer? 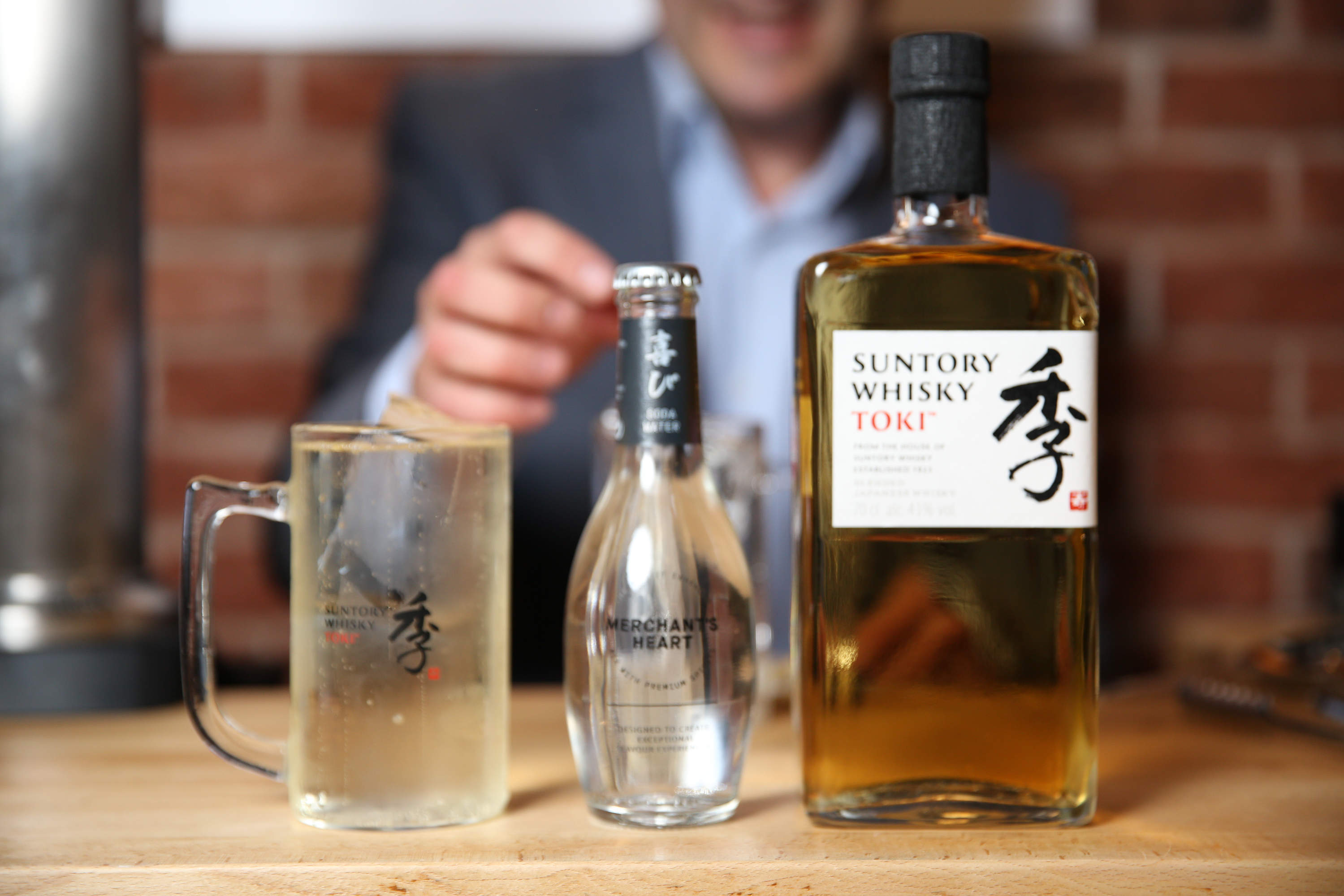 In Japan, one of the driving forces behind the success of whisky is the Whisky High-Ball. This is a popular cocktail which the whisky resurgence has brought back into favour in Japan.

As simple as a Gin & Tonic, a Whisky High-Ball is simply whisky and soda water garnished with citrus. In winter, it is generally consumed with warm water and a yuzo garnish.

The drink is actually remarkably refreshing. It’s easy to see why House Of Suntory thinks that its Toki Whisky High-Ball is going to win some new whisky fans.

In Japan, high-ball style cocktails have found an audience in izakaya, a Japanese equivalent to a Western pub or bar. Miyamoto tells Verdict how young people in Japan drink their whisky:

Youngsters enjoy whisky high-balls as a starter before meals. The food is often yakitori (skewered meat) or grilled fish, or tempura. Tempura and fried chicken is kind of oily or greasy but a high-ball is really nice as a palate cleanser.

A nearby PR executive tells Verdict high-balls are designed to be consumed in one gulp. It’s actually not hard to believe it. Unlike most whisky drinks, a high-ball is infinitely drinkable, and a lot easier to swallow than drinking whisky neat. 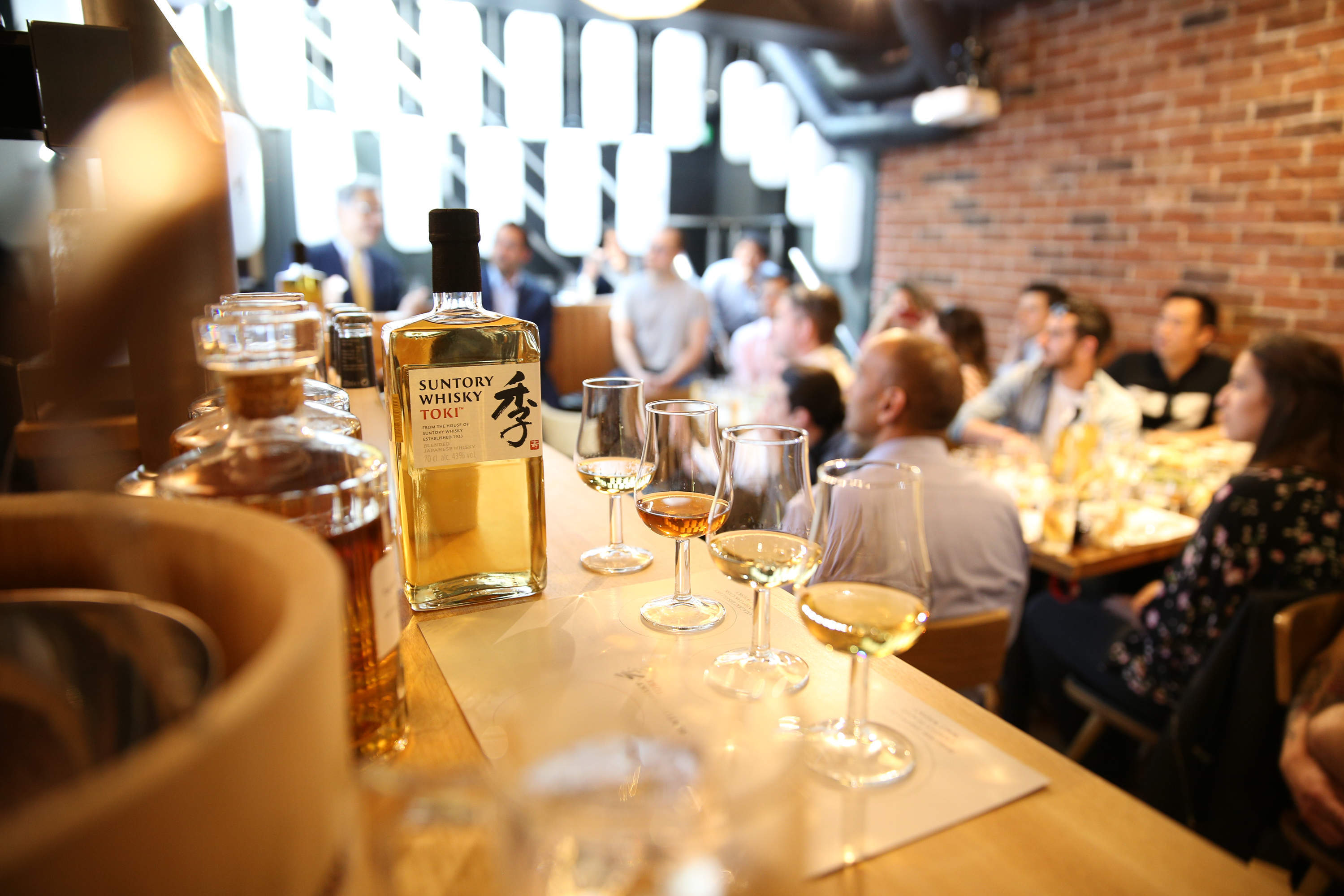 Part of the reason why Toki’s unique blend works so well in cocktails is due to the way it’s made. The style of making whisky in Japan is quite different to the purer Scottish blends.

Miyamoto explains the Suntory blenders consider how the whisky is going to be used during the blending process:

Lots of Scottish people say you should never add water to whisky because it will ruin the whisky.

You see, the way Scottish people make whisky, they wouldn’t consider the factor of the water. When we make whisky we always consider how the whisky would taste after you’ve added the water. Our blenders already think of that, which is why our brand can be enjoyed in many styles.

In many ways, Japanese whisky is ideally placed to introduce drinkers to the spirit.

Miyamoto explains how Japanese whisky differs in this regard to say, Scottish whisky:

Toki whisky is already available in the US. It launches in the UK, France, and Germany this summer.