Ten years after the great financial crisis, could we be facing another global recession? Economists have mixed opinions on the impact of the trade war and expansionary fiscal policies pushed by US President Donald Trump on the global economy.

Since the 2008 financial crisis, historically low – even negative – interest rates and unprecedentedly large central bank balance sheets have provided important support for the global economy and contributed to the gradual convergence of inflation towards objectives. Still, central banks were largely left to deal with the burden of the recovery, with other policies, not least supply-side structural ones, failing to take the baton.

As the global economy currently reaches or even exceeds potential, the Annual Economic Report 2018 by Bank for International Settlements (BIS) suggests it is time to take advantage of the favourable conditions to create a more balanced policy mix to promote a sustainable expansion.

What challenges does the global economy face?

The key challenge is to sustain higher growth in the longer term while decreasing the reliance on central banks and unconventional policies.

News
The countdown's begun: commercial spaceflight is about to take off 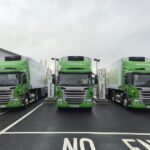 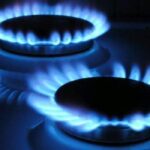 The current economy leaves more limited room for fiscal and monetary policy manoeuvre than pre-crisis. This is partly because the policy has failed to address structural impediments, long-term potential growth rates are lower.

Based on this, policies should take advantage of the cyclical improvement to lessen risks and rebuild capacity to address any future downturn.

Moreover, BIS believes that the open multilateral trading system should be fully preserved and macroprudential measures should be used to help further strengthen the financial system’s resilience and mitigate financial excesses.

BIS highlights three triggers that could affect the current economy.

One could be an escalation of protectionist measures, which in essence are policies protecting domestic industries against foreign competition by means of tariffs, subsidies, import quotas or other restrictions placed on the imports of foreign competitors.

University of Sheffield senior lecturer in economics Jonathan Perraton said: “Protectionism could have a direct impact on rising costs; it could disrupt international supply chains that underpin global manufacturing production in particular.”

A second factor could be a sudden decompression of historically low bond yields or snapback in core sovereign market yields. This could take place in response to inflation surprise and the perception that central banks will have to tighten more than anticipated. The impact of this would spread globally, given the weight of the US economy and the dominant role of the dollar in global financial markets.

Bank of America Merrill Lynch US economist Michelle Meyer said “Our calculations suggest that a major trade war would lead to a significant reduction in growth.

“A decline in confidence and supply chain disruptions could amplify the trade shock, leading to an outright recession. We continue to believe that the probability of a full-blown trade war is low but the risks are rising and it remains a key uncertainty to our outlook.”

Lastly, the third trigger could be a more general reversal in risk appetite. Such a reversal could reflect a range of factors, including disappointing profits, the drag of the contraction phase of financial cycles where these have turned, a souring of sentiment vis-à-vis emerging market economies (EMEs), or untoward political events threatening stability in some large economies.

What will be the impact of a trade war on the economy?

Perraton said: “There are risks of a new global financial crisis. It is partly simply that the passage of time raises the prospect of another recession; this would not necessarily lead to another financial crisis.

“Partly it turns on how robust systems have become since the 2007-08, whether the new frameworks have made banks and other financial systems more resilient.

“In the more optimistic interpretation, banks balance sheets have improved since 2007-08 and stress testing in the UL and elsewhere points to greater resilience.”

However, Perraton believes that the US is in position to impose these tariffs given its economic status and market power.

He added: “The Trump measures appear to be designed not just to protect traditional totemic manufacturing industries in the ‘rustbelt’, but also to hit those more technologically advanced industries where China is growing but the US believes that their trade practices are unfair and that they are infringing on US intellectual property rights, ‘stealing’ US technology.”

He believes that impact of trade war could be especially seen in international production networks.

“Products made in China are assembled from components made in different countries; US companies are operating in China and undertaking operations overseas. A trade war with China has the potential for major disruption of the operation of US companies,” Perraton adds.

Meyer said: “The good news is that we are still many steps away from a full-blown global trade war.

“The bad news is that the tail risks are rising and our work and the literature suggest a major global trade confrontation would likely push the US and the rest of the world to the brink of a recession.”

While the economy faces a number of threats, some economists believe there is no sign of a recession being an impact of a trade war.

Queen Mary University’s professor at the School of Economics and Finance George Skiadolpoulos, who recently published a paper on economic prediction, said:  “Our index shows that there is no sign of forthcoming economic recession in US. Our economic indicator, based on stock index price options, predicts that the US economy is poised to expand robustly with no sign of a recession in sight.”

Queen Mary University’s senior lecturer at the School of Economics and Finance Dr Renato Faccini, co-author of the paper on economic predictions, added: “The trade war that Trump has unilaterally started is an expression of his reckless ignorance and it will certainly harm the world economy as well as the US.

“It may well be that over time the trade war could escalate and possibly lead to a recession but for the time being, we still see no indication that this is the most likely outcome. Our forecast indicator that extracts information from option markets suggests that at present wisdom is still more likely to prevail.”