Fintech developer platform TrueLayer is planning to go global on the back of its new $70m Series D funding round and a boost from the pandemic. However, the company’s founders are staying quiet about how much the fintech startup is really worth.

When asked specifically company representatives avoid the question, saying that the open banking startup has never disclosed its valuation in any of its previous rounds. Of course, TrueLayer is hardly alone in keeping its cards close to its chest. Payments venture SumUp also declined to offer any insights about its valuation when it raised a €750m funding round a few weeks back.

TrueLayer’s CEO and co-founder Francesco Simoneschi would rather talk about what he’ll do with the Series D cash injection.

“For me, I feel like this is day zero,” he tells Verdict. “We have built an incredible business and now we can scale it much faster. We are fortunate to have a set of investors who support our vision for the business and where we can make a difference. Specifically, over the next 18 months, we will continue building out our global network, focusing on expanding in Europe, while adding solutions on top of open banking APIs that solve more complex problems for our clients. We’ll also be building out our partner ecosystem across Europe to give our clients access to richer datasets.”

TrueLayer will particularly focus on growing its presence in France, Italy, Germany, the Netherlands, the Nordics, Spain and Australia.

“We will also be scaling our engineering and product teams, and we are actively hiring for many of those roles now,” Simoneschi  says.

Visionaries Club also supported the raise alongside a smattering of angel investors including Coinbase’s chief product officer Surojit Chatterjee, Stedi’s CEO Zack Kanter, tech veteran Daniel Graf who has held down roles at Uber and Google in the past, and David Avgi, the former CEO of SafeCharge and the current CEO of UniPaaS.

The funding round brings the total money injected into the business to $142m since Simoneschi and his childhood friend and now CTO Luca Martinetti founded TrueLayer in 2016.

The two had previously collaborated on Staq, an analytics platform for gaming developers, and mobile marketing platform Upsight in Silicon Valley. That’s where they were when they noticed how open banking represented a growing opportunity for serial entrepreneurs like themselves.

“We saw an opportunity to make finance more accessible by exposing complex services as simple code,” Simoneschi says. “This would provide developers with the tools they needed to reinvent the system, enabling any business to integrate and benefit from fintech, and unlocking opportunity and growth for everyone.”

Open banking refers to the way financial institutions such as banks have to share their customer data with other businesses, such as fintech startups, as long as users approve of them sharing it. Tapping into the data feeds enable businesses to do everything from more efficient credit checks to online payments. This data is also the fuel powering the artificial intelligence revolution within the banking sector, as noted in a recent report from GlobalData Thematic Research.

By introducing open banking, the theory is that the market can become more competitive and provide consumers with better services. The push towards open banking has been driven by lawmakers introducing new regulations such as the EU’s Payment Services Directive (PSD2) in 2018.

“When the UK officially announced its open banking initiative [in] 2016, we decided it was time to move to London and found TrueLayer,” Simoneschi says. “Our vision is to create a financial ecosystem that’s open to everyone, by building intelligent infrastructure that puts fintech at people’s fingertips. We empower anyone to create smarter financial services, while removing friction and cost for our clients.” 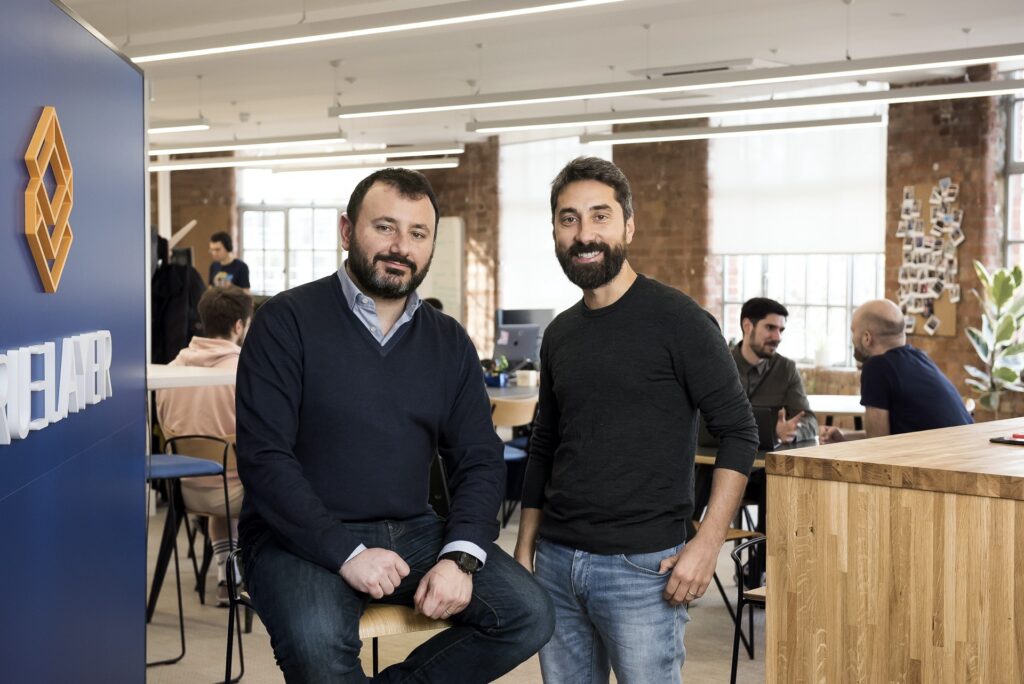 Having made the jump across the pond, the budding fintech founders had to tackle two challenges.

“The first [was] that financial services is a highly regulated market, which adds a lot of complexity and many different elements to consider,” Simoneschi says. “There are a lot of different organisations we need to collaborate with, including the banks and the regulators, to ensure we deliver the best possible experience to our customers.”

The second obstacle to overcome was just how novel the idea of open banking was at the time.

“So, we had to start with a blank piece of paper and think about how to build a company that required many other pieces to come together so we could build on top of those foundations,” he explains. “The reason we chose the UK was because there is a very forward-thinking regulator, and we knew we could learn so much in those early years that we could continue to apply to the company as it grew.”

The coronavirus crisis is anther massive challenge TrueLayer has had to tackle, especially since the social distancing rules imposed by the UK government forced the company to adapt to the realities of remote working. Simoneschi and Martinetti seemingly overcame these hurdles in their stride.

“We are fortunate that it is in our nature and part of the TrueLayer culture that we hire great people and trust them to own their work,” Simoneschi says. “We found, although there were some personal challenges, things worked smoothly.”

In fact, it seems as if the pandemic accelerated the move towards digital financial services and payments, which created an opportunity for open banking ventures like TrueLayer.

“As more customers have turned to digital channels to manage every aspect of their lives, they have experienced a poor payments experience,” the founder says. “One of the major problems is cards, which weren’t designed for online and have been retrofitted into current online payment flows. Newer digital approaches such as Google Pay or Apple Pay paper over those cracks but don’t change the fundamentals. Open banking offers a higher converting, more secure and digitally-native approach and more firms are now embedding those capabilities into their services.”

Several fintech founders have previously said that that the British rollout of open banking has been really slow. “The positive effect of open banking on innovation has been nil,” Monzo’s founder Tom Blomfield told The Telegraph last year.

However, Simoneschi believes that adoption of open banking is picking up speed in the UK, having already achieved success in places like Sweden.

“In mid-February 2021, the UK Open Banking Implementation Entity announced [that] more than three million people and businesses are using open banking-enabled apps and services,” he says. “At this rate of growth, 60% of the UK population will use open banking by September 2023.”

As open banking becomes more common, Simoneschi is confident that solutions like his will be there to smooth out the transition.

“Now is the time to fundamentally change the way we make debit payments online – from cards to instant bank payments, powered by open banking,” he concludes.