The United Arab Emirates (UAE), currently embroiled in a long-running war in Yemen, has begun a military occupation of a Yemeni island called Socotra in the Arabian Sea.

While the UAE’s motives for taking control of the island were not immediately clear when the news broke last week, it appears the UAE wants to turn the island into a Dubia-style tourist destination.

Yemeni officials and islanders told Verdict that UAE developers are laying the groundwork to begin building hotels and apartments on the paradise island, known for its rare fauna and flora.

The picturesque island — untouched by Yemen’s three-year civil war — has delighted intrepid travellers for years with its sparkling clear blue waters, flat lands populated by mini cows, and forests of frankincense and rare dragon blood trees, which are known for their medicinal properties.

A former Yemen Government minister who spoke to Verdict on the condition of anonymity said:

What is happening is the opportunistic activities of few corrupt individuals, supported by Sultan bin Zayed [UAE politician and member of the royal family] who was given a free hand in Socotra affairs.

This is particularly true for any land-grabbing and crazy investment.

What is happening now is land-grabbing by citizens of a defacto occupying country.

He said that he recently saw copies of land sale deeds by Socotrans to the UAE officer in charge of the island, Abu Mobarak al-Mazroai.

Speaking to Verdict from exile, he said these deals were made without “legal approvals” from the central Yemeni Government.

He said that a deal was struck between the governments of Yemen and the UAE in 2016 for Socotra island to become a tourist destination after the war.

As part of the deal, the Yemen Tourism Ministry planned to set up a company to run tourism investments in the island, in partnership with business people from members of the Cooperation Council for the Arab States of the Gulf (GCC), UAE state news agency WAM reported in 2016.

He added that that UAE settlers on the island have introduced evasive species “such as thousands of ornamental trees and fruit trees in their soils with no quarantine procedure — something that was banned to protect the unique island ecosystem”.

Tensions on the island, located right on a major oil and shipping channel, have increased this week after Yemeni state news reported that a Saudi delegation had travelled to the island to meet Yemeni Prime Minister Ahmed bin Dagher to discuss the UAE deploying troops without permission.

The deputy governor for environment and development in Socotra, Abduljameel Mohammed, also spoke of his despair at watching Emirati companies begin the first phases of tourist infrastructure development that will see one of the last unspoiled islands on Earth turned into a flashy Dubai-style resort.

In an interview last year, he said that contractors from the UAE have bought and earmarked land, then started work on a five-star hotel project to the detriment of the island’s unique biodiversity:

For tourism development they already started to buy land, on the beaches of Socotra and in the mountains. [They bought] ten of miles in one of the most attractive places of Socotra where modern infrastructure should not be done.

Tourism should be community based eco-tourism. Unfortunately now people from the UAE want to develop tourism and to build a five star hotel. In five or ten years the island will be destroyed. 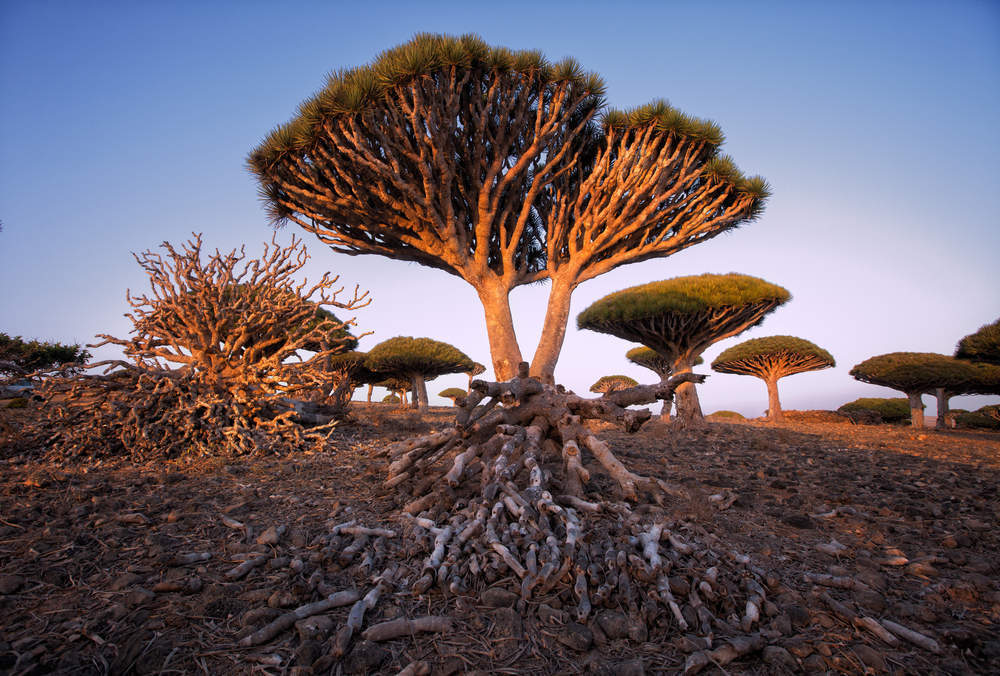 Mohammed said while the spate of construction has brought opportunity and work for local islanders besieged by war, it is compromising the area’s rare biodiversity.

Its one of the best islands in the world. Unfortunately the contractors don’t pay attention to the environment on the island.

He said one contractor hired by a UAE businessman has started digging up areas of the national park, which is home to around 800 rare species of plants and animals, a third of which can be found nowhere else on the planet.

The island has around 40,000 inhabitants and was declared a world heritage site in 2008.

Mohammed said that Socotri people initially welcomed the UAE aid efforts led by Emirates Red Crescent and the Khalifah Foundation, as many islanders live in extreme poverty due to imports being disrupted by the coalition-imposed military blockade. 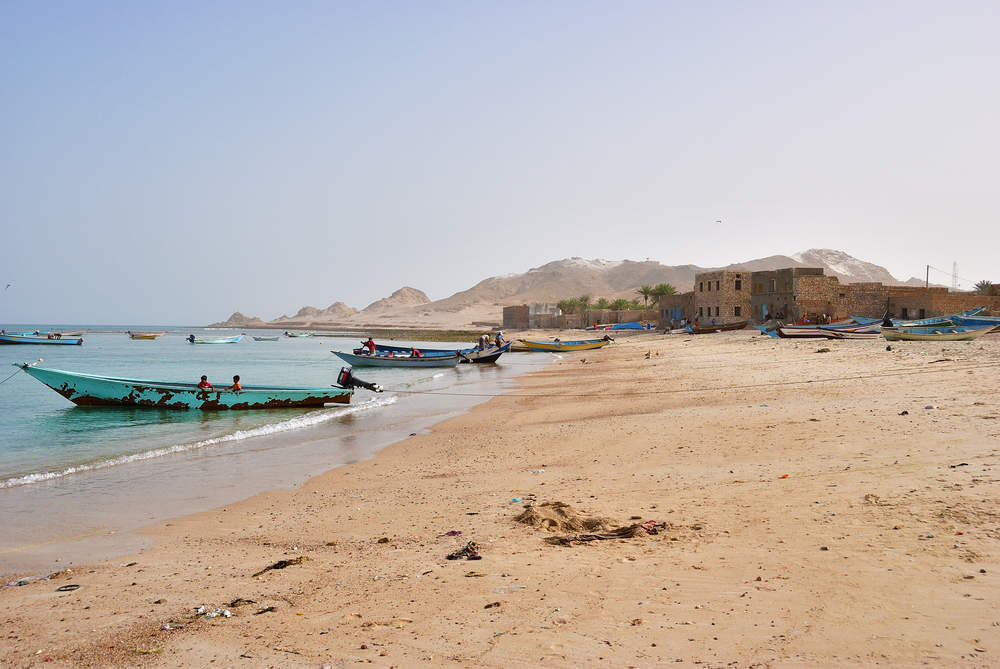 A beach on the island of Socotra

Mohammed added that UAE airline carrier Rotana Jet started regular flights to the island for tourism and commerce in what will shape up to be big business.

They come here and see it is a beautiful island and a tourism hotspot, then they started Rotana Jet. It’s good business.

Russian photographer Vladimir Melnik, who took regular excursions to the island before the onset of war, said the UAE is capitalising on the turmoil with a “silent occupation”.

UAE people are buying land and doing uncontrolled construction projects which endanger unique natural beauty of the island, which is under special protection of Unesco.

A coalition of Gulf Arab states led by Saudi Arabia launched an intervention in Yemen’s civil war in March 2015.

The invasion was the brain-child of then-defence minister Mohammed bin Salman, who is now the country’s crown prince and next in line for the Saudi throne.

The war has claimed 10,000 lives since Gulf warplanes took to the skies with a mission to rout out Iran-backed Houthi rebels, who seized the capital Sanaa in September 2014, triggering civil strife.

Earlier this month, the UAE stepped up its military presence on the island by deploying another 300 troops along with tanks and artillery.

In an attempt to reassert the central government’s authority over the island, Yemen’s Prime Minister Ahmed Obeid bin Daghr travelled to Socotra with a small delegation for talks with Saudi General Ahmed Abderrahman al-Shiri and an Emirati official.

After the talks bin Dagher released a statement via Facebook:

This raised a number of questions, and left the island in a state of anxiety.

The continuing disagreement and its spread to all the liberated provinces down to Socotra, is clearly harmful… and something that can no longer be hidden, and its impact has spread to all military and civil institutions.

Correcting this situation is everyone’s responsibility.

In response, the UAE foreign ministry defended its military presence on the island.

These malicious campaigns, which are led by the Muslim Brotherhood… are part of a long and repeated series of attempts to distort the role of the UAE.

The UAE military presence in all liberated Yemeni provinces, including Socotra, comes within the efforts of the Arab Coalition to support legitimate government at this critical stage in the history of Yemen.

We have historic and family links with the residents of Socotra and we will back them during Yemen’s ordeal which was sparked by the Houthis.