The UK’s Chancellor Philip Hammond will deliver his spring statement today and will give some upbeat news: The British economy is in better shape than expected.

Hammond will deliver his first spring statement to the Commons at about 12.30pm London time. He’s set to speak for around 20 minutes in a much shorter address than many have become used to at this time of year. The spring statement now takes back seat to the budget, which has been moved to the autumn.

Hammond will also be without his iconic red briefcase containing new tax and spending proposals — that will also reappear in the autumn.

Attention will today be on the latest forecasts for the economy and the public finances.

John Hawksworth, chief economist at PwC, said that while the Chancellor will hold on to any borrowing boost ahead of Brexit uncertainties, he is expecting “more significant tax and spending announcements in the Budget in November”.

1) The state of the economy

Hammond is likely to say that the outlook for growth is marginally better than it was three months ago, with economists predicting a boost for short-term growth forecasts as the global economy powers ahead.

The latest official figures from the Office for National Statistics show that growth was actually 1.7% in 2017 and the consensus among City, business and academic economists is that something similar is likely in 2018. 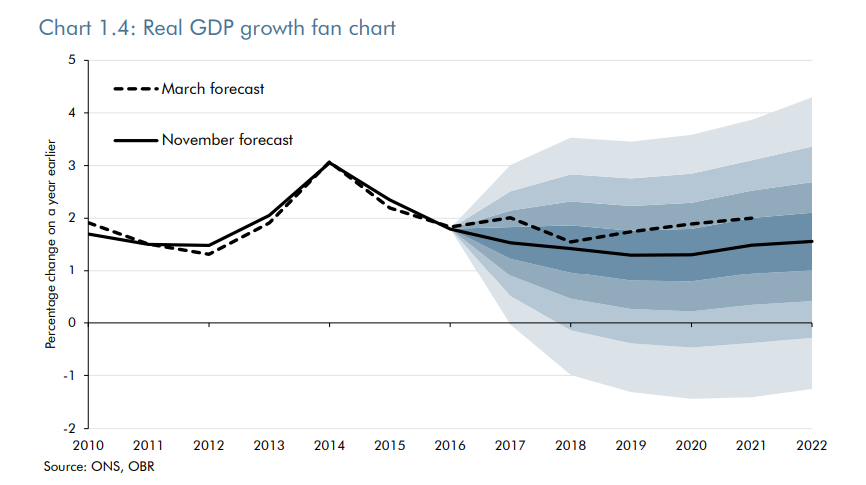 2) Counting the cost of Brexit

Once the Chancellor is done the government’s budget watchdog — the Office for Budget Responsibility — will outline for the first time exactly how much the so-called Brexit divorce bill will cost the UK. It will be published in an annex to the OBR’s main document.

The UK has agreed to pay obligations of between £35 billion £39 billion once it formally leaves the trading bloc in March 2019.

However, the final amount will depend on the type of arrangement the UK manages to negotiate with the EU.

Hammond is meanwhile expected to announce government borrowing is now back to pre-financial crash levels. Borrowing is expected to be up to £10 billion lower than expected last year, due to better-than-expected tax revenues.

As a result he’s now facing calls to end more than seven years of austerity.

But, speaking on the BBC’s Andrew Marr show on Sunday, the Chancellor said Britain’s debt mountain was still too high and had to be be brought down. He wants to get debt down to below 60% of GDP, from 86% of GDP it is now.

Before the financial crisis it was at just 35% of GDP.

There is light at the end of the tunnel because what we are about to see is debt starting to fall after it has been growing for 17 continuous years. That is a very important moment for us but we are still in the tunnel at the moment. We have to get debt down.

The so-called litter levy is expected to be unveiled today — a tax on single-use plastic to raise money and help the environment.

Chewing gum, crisps and takeaway food containers could all be subjected to the tax, as Hammond joins the UK’s Environment Secretary Michael Gove’s crusade against plastic waste.

Millions of tonnes of plastic are thrown away in Britain each year and a ban on imports of plastic waste by the Chinese government late last year has increased the risk of environmental pollution in the UK.

Barry Pamplin, technical director of consultancy the Packhub told the BBC’s Wake Up to Money:

One of the problems that we’ve got now is that our whole shopping habits and our whole retail experience has changed. People do not visit their shop every day, they tend to go to an out of town retail outlet and it could be they’re shopping for a week, they could be shopping for two or three weeks.

The whole supply chain of how we receive our food and get hold of our food has changed…and for us to go back and the change the way that we package food would need a whole shift in behaviours.