British prime minister Theresa May has come under pressure from farmers, supermarkets and food suppliers to secure a free trade deal with the European Union (EU) after Brexit.

Industry groups have warned that failure to guarantee tariff-free access to the EU market will not only damage the UK food supply chain, which employs an estimated 3.9m people, but also lead to higher prices for British consumers.

The food and drink industry generates £108bn for the UK economy each year.

In a joint letter to the UK government, the National Farmers Union (NFU), the Food and Drink Federation (FDF) and the British Retail Consortium (BRC) stressed the importance of striking a good deal with the EU.

They make clear that importing and exporting with ease is key for the UK’s continued economic growth.

“Our farmers need imported feed and inputs and they need access to other markets for their products, especially where demand for these in the UK is insufficient,” the letter said. “Our food and drink manufacturers rely on exports to grow their businesses and imports to complement their use of domestically produced ingredients and raw materials. Our retailers need access to a full range of goods all year round to balance seasonality and meet consumer demand.”

High tarriffs will make it difficult for all players in the UK food industry to remain profitable and competitive. 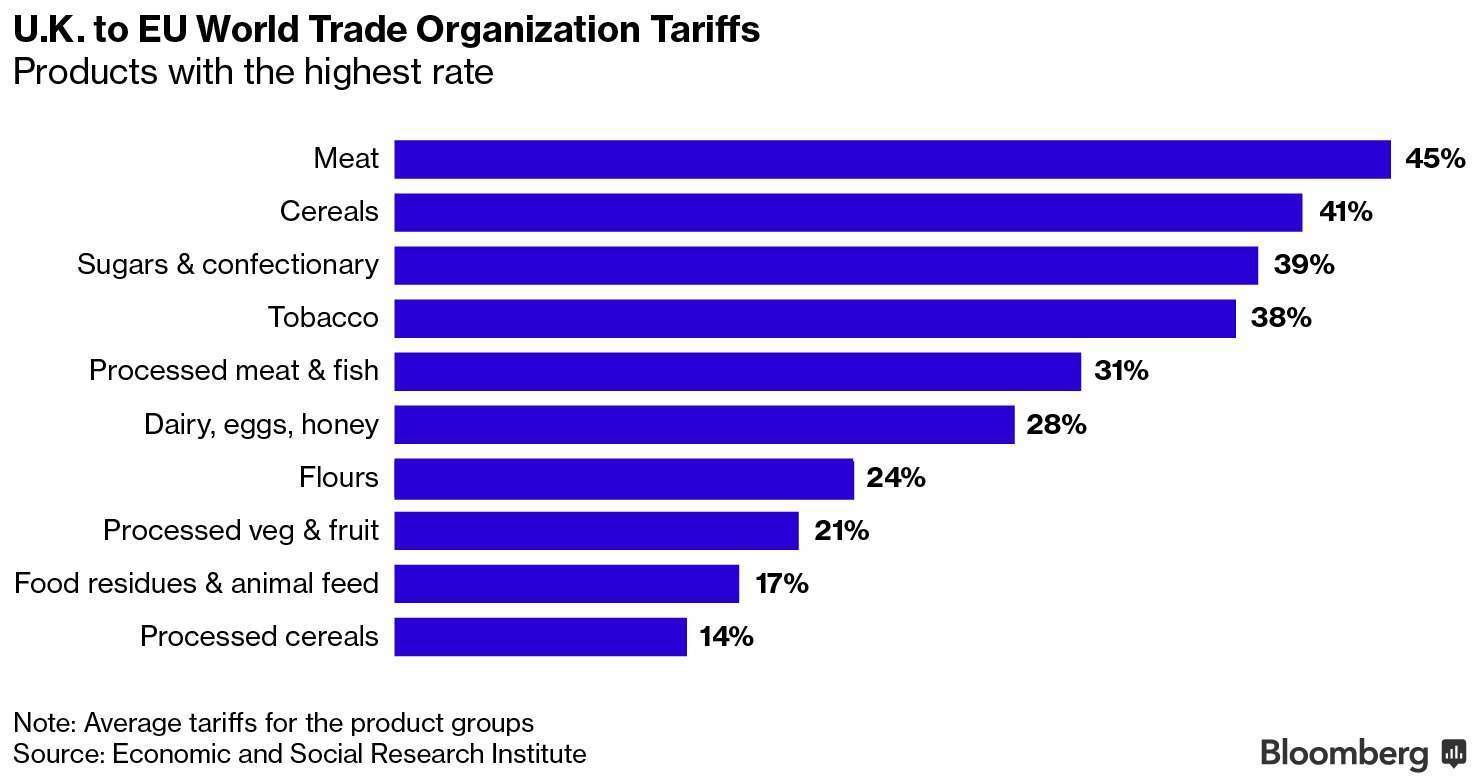 “To keep prices low for consumers, it is particularly important that we don’t have any new tariffs and we maintain frictionless movement of goods and put consumers at the heart of this,” Helen Dickinson, director general at the BRC, which represents 70 percent of retail trade in the UK by turnover, told the Mail on Sunday.

The BRC’s 90 members include Tesco, the UK’s biggest supermarket chain and Nestle, which owns over 2,000 brands including Kit Kat.

Separately, the EEF, the industry body for engineering and manufacturing employers said a bilateral free-trade agreement with the EU is crucial, while resorting to World Trade Organisation (WTO) rules would be the worst case scenario.

“The EU is our sector’s single biggest trading partner in a complex, tightly interwoven trading environment,” said Terry Scuoler, the chief executive of the EEF. “I struggle at the idea of dismantling what is the best free trade agreement in the world. WTO rules may well be an end-of-the-day back-up, but WTO rules… vary enormously across industrial sectors – 10 percent on automotive and automotive parts and more for agricultural products.”

May is expected to trigger article 50, the official EU exit clause, on Wednesday.