Flying cars have long been the stuff of science fiction, but a real-world version of them known as urban air mobility (UAM) is becoming an increasingly certain part of our future.

Electric, autonomous and able to operate in tightly packed cites, UAM vehicles are being developed by a host of companies and partnerships, including Honeywell Aerospace, and the market potential for them is significant.

A key player in the field, Honeywell is developing solutions in collaboration with top names in the UAM space. As part of this, it is brining its expertise in aerospace to a host of technologies required for successful UAM, including electric propulsion, detect-and-avoid systems and avionics.

But with so much work going into the development of UAM, when will such air vehicles take to the skies in our cities? We caught up with Mike Ingram, vice president and general manager of Cockpit Systems at Honeywell Aerospace, to find why you shouldn’t think of UAM vehicles as flying cars, how much the technology has developed and when we can expect them our cities.

Lucy Ingham: How close are we to urban air mobility becoming a reality for regular users?

Mike Ingram: It depends on where you live, but the short answer is: sooner than you think.

More than 150 companies worldwide are vying to develop prototypes, including most of the world’s major aircraft manufacturers. Several automakers have invested in UAM, and a few are building their own vehicles. Uber and other transportation companies are planning to launch passenger service.

So, there’s a tremendous amount of money and effort being put into it.

At Honeywell, we’re at the center of it all. We’re collaborating with some of the leading companies – Pipistrel, Jaunt, Vertical Aerospace and Volocopter, among others – to develop technologies related to UAM. And we’re integrating them with our huge portfolio of ready-to-fly aviation products.

We predict that air taxis could be available in select cities by 2023-2025. For example, Germany’s Volocopter has already conducted tests in Helsinki, Las Vegas, Dubai, and various parts of Germany. Their latest test was in Singapore in October last year.

What are the biggest barriers to making these vehicles a reality?

There are plenty of challenges. Flight systems, battery technology and fleet management are just the beginning.

And each one is interconnected. That’s why we’re taking a holistic approach to them: creating complete systems that integrate flight electronics, propulsion and every phase of operating and maintaining these aircraft.

There are a few must-dos if you’re going to achieve the UAM vision of convenient, on-demand travel. UAM vehicles have to take off and land vertically. They must be quieter and easier to fly than helicopters to achieve the economies of scale needed. And eventually they will be autonomous.

Honeywell has a team dedicated to urban air mobility and unmanned aerial systems, and that group integrates all the company’s products and services that could be used in this industry.

How much has the technology progressed over the past few years?

The power density of batteries has made huge advances. And distributed propulsion – the use of multiple rotors – has become more reliable and stable, partly through its use in drones. These things have helped bring the dream of electric urban air transport closer to reality

However, there is still plenty of work to be done. We are still 30 to 50% below the battery capacity needed for passenger flights of any reasonable distance. And autonomous flight in congested urban areas is a big challenge.

What aspects of the technology are you most excited about?

I’m excited because this is a whole new form of flight.

Twenty years ago, some of these designs would be way too heavy and underpowered to get off the ground. If they could, they would be barely controllable. And you wouldn’t dare to put them over a congested city.

But new materials have made today’s UAM aircraft lighter, and controllers like Honeywell’s Compact Fly-by-Wire System are making them stable and safe. Sensors like our RDR-84K radar are giving them the ability to detect and avoid hazardous situations.

Thanks to these advances, we’re seeing companies coming to the table with concept aircraft and business models that can be achievable in years rather than decades. 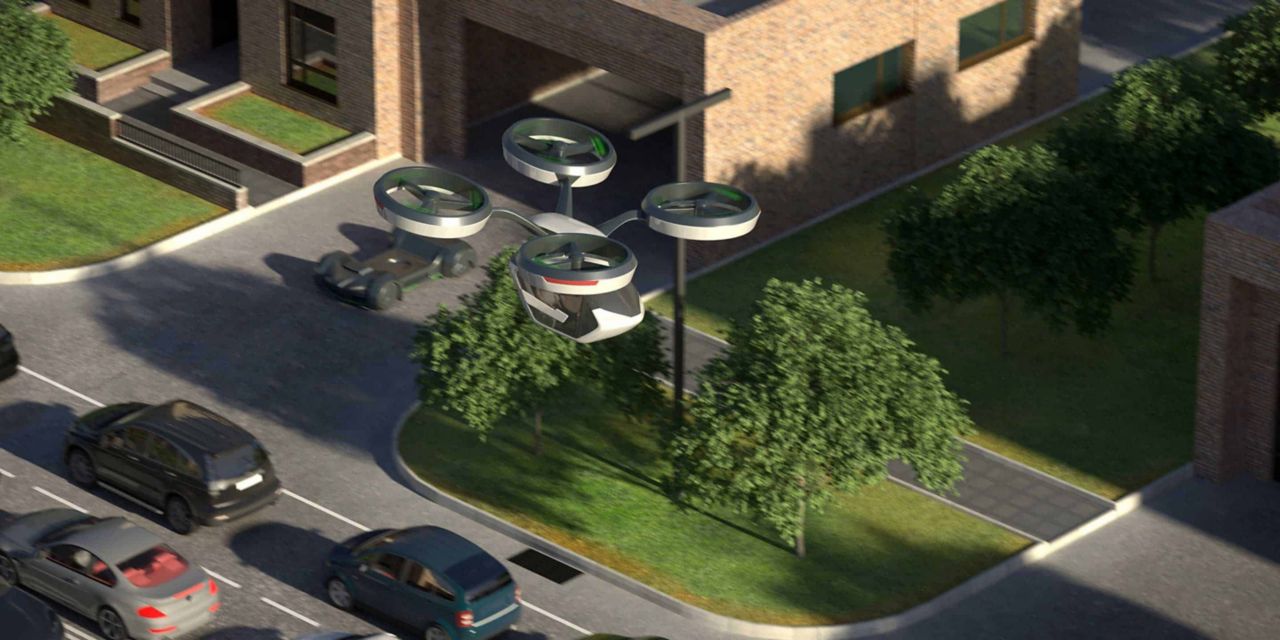 There have been a lot of different predictions about flying cars and urban air mobility technologies in the last couple of years – what are the most unrealistic and realistic of these in your opinion?

Well, first we have to get past this idea of ‘flying cars’ like in Back to the Future or The Jetsons.

UAM vehicles don’t look like cars, even though they carry about the same number of passengers. The technology is vastly different. Cars don’t have the same weight and power challenges. And unlike a car, you can’t just pull to the side of the road in an emergency. The safety systems must be much more comprehensive.

So, think of UAM vehicles more like miniature airliners. That’s the level of safety they must achieve. In fact, the Honeywell Compact Fly-by-Wire system that I mentioned is a miniaturized version of the system we sell for airliners.

So those are some important differences. But there’s nothing unrealistic about the idea of these aircraft moving around metropolitan areas, delivering packages, moving people or helping first responders. It’s just a matter of time.

How much of an issue is regulation in bringing these technologies to market?

It’s extremely important. But the good news is, regulators around the world are recognizing that this is coming and are working hard to prepare. Several of them are planning large-scale demonstrations in the next two years to test aircraft and air traffic management systems.

A key enabler will be unmanned traffic management, or UTM, which will need to work in conjunction with existing air traffic control.

In terms of vehicle certification, we’re going to see regulators apply a version of the same stringent regulations that apply to commercial aircraft.

That’s why many companies are partnering with us at Honeywell. We’ve been helping new aircraft get certified for 100 years. We have equipment on virtually every airliner in the sky, plus thousands of military aircraft, helicopters and light aircraft.

The coronavirus is increasingly accelerating the adoption of technologies – could you see it having an impact on how quickly urban air mobility is adopted?

UAM was already accelerating quickly, so it’s hard to say what impact the pandemic itself will have.

However, the coronavirus has certainly shown the value in developing autonomous delivery trucks, cargo drones and other vehicles that can help keep supply lines open during a crisis.

As far as moving people, safety will be far more important for adoption than any world event. These vehicles will have to be extremely reliable and able to land safely in an emergency. That’s what passengers really care about. 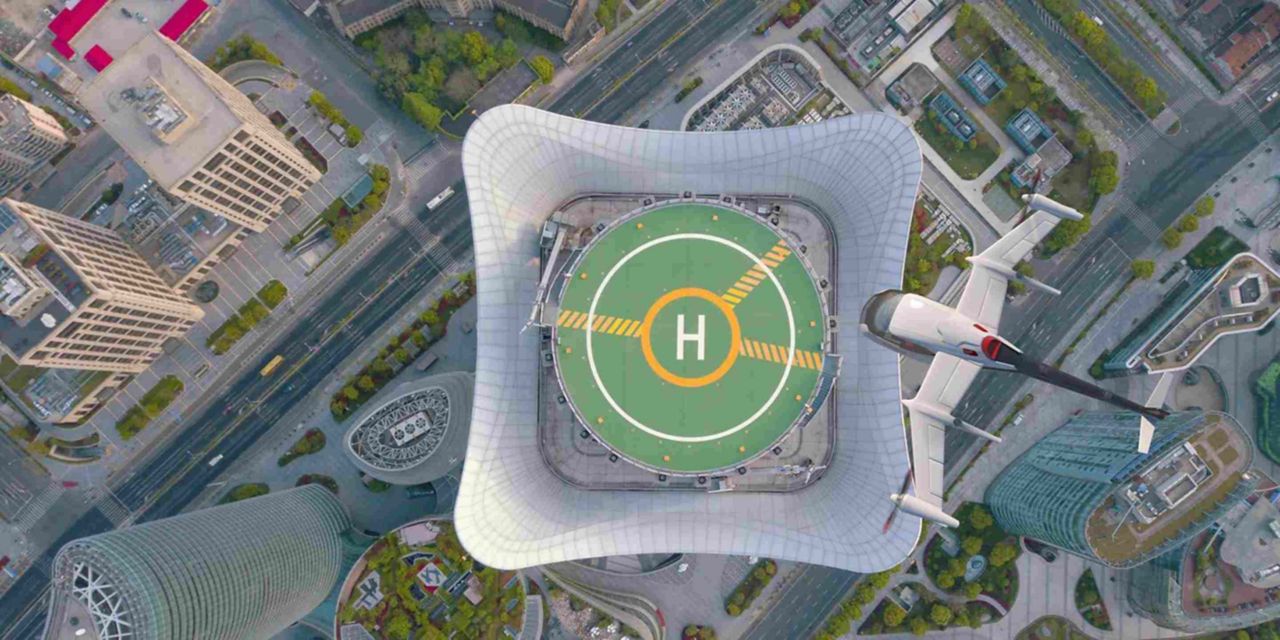 How much do you see urban air mobility changing how people live and work?

Since 1950, the world’s urban population has ballooned from 751 million to 4.2 billion. By 2050, urban areas will be home to a further 2.5 billion people, with more than two-thirds of the total world population living in cities. Urban infrastructure is struggling to keep up.

But urban air mobility unlocks the third dimension. And it doesn’t require a large footprint on the ground – a roof or a parking garage will work just fine as a vertiport.

That’s why some experts are seeing UAM as part of the ‘smart cities’ concept of liveable, technologically enabled urban planning.

In fact, Newsweek magazine recently named Honeywell a Smart City Partner in its first Momentum Awards. It cited our work in automation and progress toward reinventing the transportation industry.

So, this work is exciting, but it’s also important. It’s not just a new way of getting around. It could have real and positive impact on the ways people move and connect with each other.

Read more: Flying cars of the future: Why they won’t be cars at all