Seeing as wine is basically just made from fermented grapes, most drinkers have probably never considered vegan wine.

Unless you’re drinking the waste products of the Prosecco Cheese-making, you probably don’t have to worry about finding a bit of cheese or meat in your wine.

What is vegan wine?

Wineries can use various kinds of animal products to make these filters. They might include isinglass (boiled fish bladders) or gelatin (made of various animal parts). Bone, bone marrow, egg whites, milk protein, fish oil, and shellfish fibres have also been used to help filter out impurities in wine. 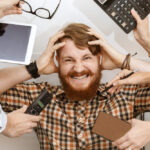 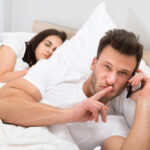 Featured
"Once a cheater, always a cheater" has been proved by science
Data Insights
View All

Simply put, vegan wine doesn’t use any of these animal products. Instead, wines use mineral or planet-based filters. For example, vegan wine producers may use bentonite clay, silica gel, or plant casein.

Why are wine-makers so excited by vegan wine?

Obviously, this means those wine producers making wine for vegans are able to attract a much wider audience than before. Those who can jump on the trend early stand a good chance of building a loyal following before other manufacturers can do the same.

There are also financial benefits to making vegan wine. Verdict spoke to Philip Cox of Cramele Recas, Romania’s largest winery. Its most well-known product is the Pinot Grigio. Cramele Recas Pinot Grigio is the most widely consumed wine of its kind in the UK.

In 2008 Cramele Recas adjusted its manufacturing process to make all red wines vegan. In 2016, it started producing natural and rosé wines which are vegan-friendly. From the 2018 harvest, Cramele Recas’ white wines will also become suitable for vegan consumption.

Cox told Verdict that the decision makes perfect business sense for him:

“Many of (our wines) actually qualify to be called Natural wines, as we have a clear strategy to use absolutely minimum fining, stabilisation treatments and minimum amounts of sulfur dioxide. Our goal, which we have largely succeeded in, is to eliminate chemical treatments and use other more sustainable methods instead in both the vineyard and the winery.

“We already have a minimum intervention policy on our wines so we didn’t need to change anything (to make the wine vegan.) On the white wines the only change is that we stopped using gelatine of animal origin for juice clarification. From 2018, we’ll use gelatine of vegetable origin which is very slightly more expensive, but not significantly.”

While Cramele Recas has not significantly advertised its vegan credentials, there’s reason to believe their natural methods are winning public approval regardless.

“Until this year, we were not particularly aware that this was an issue with customers. Thus, we have not particularly promoted the fact that many of our wines are already vegan friendly… We have noticed in the last 12 months that it has become quite an issue in the UK. Therefore we have started promoting the fact that our wines are suitable for vegetarians and vegans.

“Sales are growing spectacularly anyway in the last couple of years, up 43% in 2017 over the previous year and 50% up in 2018 over first five months of 2017… Things are definitely going well. It can’t help to get out the message that large-scale wine production can be sustainable and is perfectly possible with a minimum input, hands-off approach. After all, today’s customers are interested in health and knowing what goes into their food and drink.”

Cox told Verdict he expects his wines to sell even better once Cramele Recas begins to advertise the vegan aspect of its production.