After a reasonably quiet March which held a lot of the best content until the end of the month, Netflix’s April update does feel slightly sparse.

There are a few absolute classics to be sure. For example, Jaws, Day Of The Dead, American Psycho, and a whole host of Monty Python films are coming to Netflix in April. However, ultimately, the line-up for April is a little underwhelming.

Other films worth watching are Seeking A Friend For The End Of The World, and Whiskey Tango Foxtrot.

In terms of television, the most exciting thing is David Attenborough’s Life which should be perfect for those who loved Blue Planet II and Planet Earth II in 2017 and 2016 respectively.

There are also a couple of Netflix Originals that should definitely be worth watching.

The Robinsons are back in Netflix’s revival of popular 1960s sci-fi series Lost In Space. That looks like it should provide plenty of sci-fi fun for the whole family. If you enjoyed Netflix’s modern take on Star Trek, this one might tide you over until the next series comes out later in the year.

There’s also The Alienist. This is a detective series set in 1896 New York City where a rag-tag team try to catch a serial killer. The series debuted in America back in January and has become a firm favourite since then. For those who enjoy detective shows this one should be a real treat.

Sadly, that’s just about all there is to say. Still, as mentioned at the start, there’s plenty of content from the end of March which will be worth watching. Be sure to check out the hilarious amateur cooking show Nailed It, one of the best reality shows out there RuPaul’s Drag Race Season 10, and Neil Patrick Harris starring in the visual masterpiece A Series Of Unfortunate Events.

Harley Davidson and the Marlboro Man

Humanoids from the Deep

Alvin and the Chipmunks Meet Frankenstein

The Return of the Living Dead

I Now Pronounce You Chuck and Larry 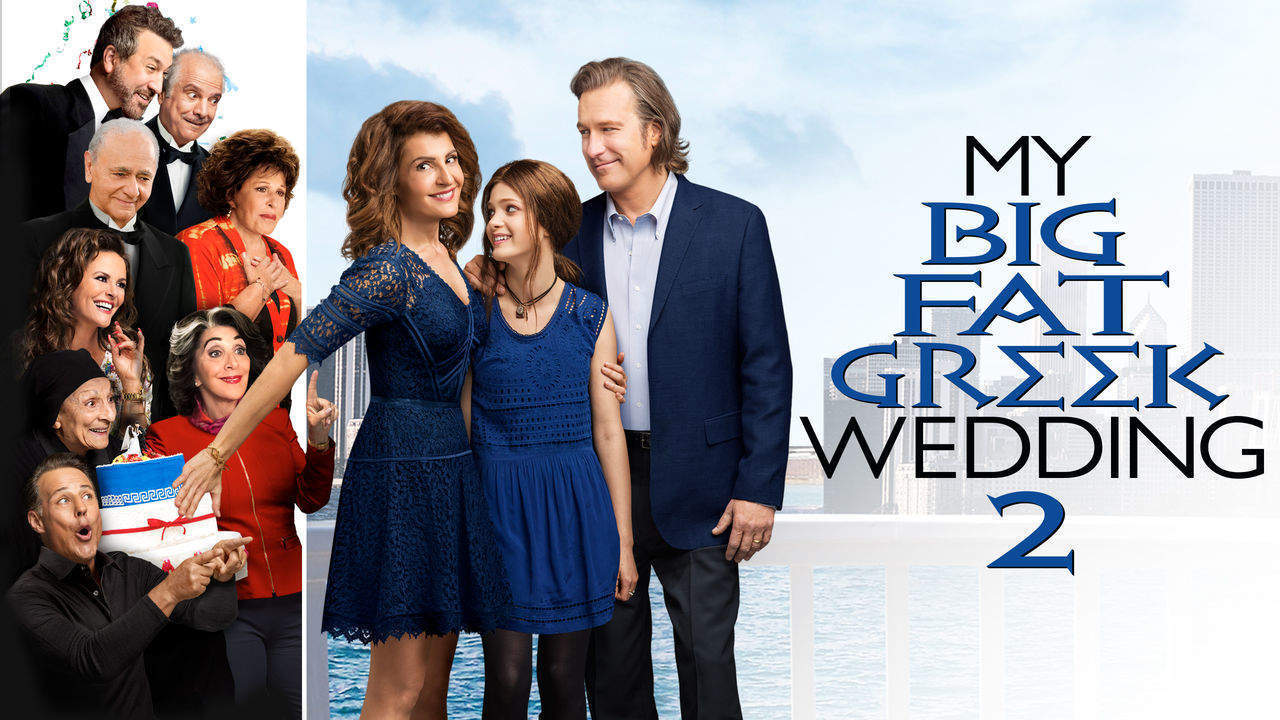 Land of the Lost

Seeking a Friend for the End of the World

Philips and the Monkey Pen

Save Our Shelter: Season 1

Once Upon a Time in Venice

The Search for Life in Space

A Sort of Family

Behind the Curtain: Todrick Hall

Day Of The Dead

Dr. Strangelove or: How I Learned to Stop Worrying and Love the Bomb

Monty Python and the Holy Grail

The Meaning of Monty Python 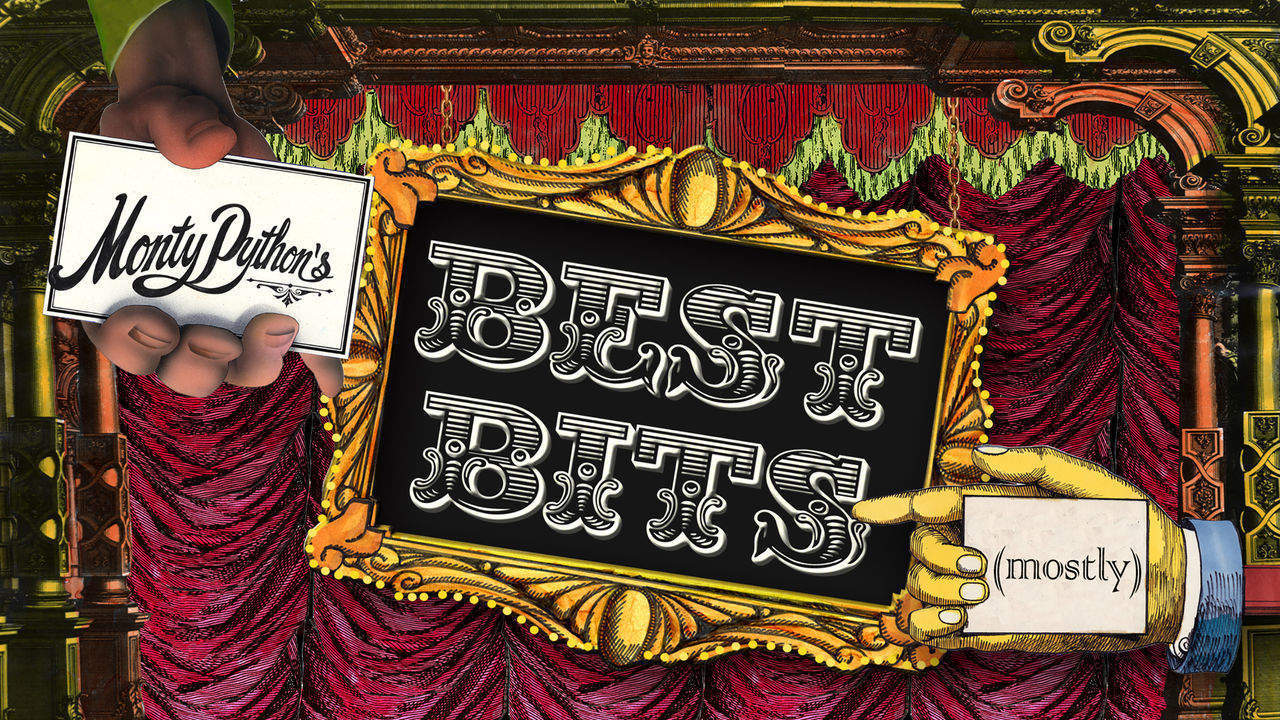 Monty Python Live (Mostly): One Down, Five to Go

Eric ldle’s What About Dick?

Monty Python: The Meaning of Live

Alice Through the Looking Glass

All The Reasons To Forget

The Next Three Days

Happy Birthday to Me

Nativity 2: Danger in the Manger

As mentioned above, the originals slate is fairly thin-on-the-ground this month. Still, there’s The Alienist and Lost In Space, plus a fair few interesting-sounding original films.

In each episode, three souped-up “sleeper” cars go head-to-head with one of the world’s most sought-after supercars.

Dave gets a lesson in flow, hip-hop culture and the criminal justice system from Jay-Z and drops in on producer Rick Rubin in his Malibu studio.

As the police close in on the Professor’s identity, his lack of communication with the Mint team leads to mutiny and the arrest of one of the robbers.

With Earth in crisis, the Robinson family heads to space to write a new chapter in human history in this revival of the iconic ’60s sci-fi series. 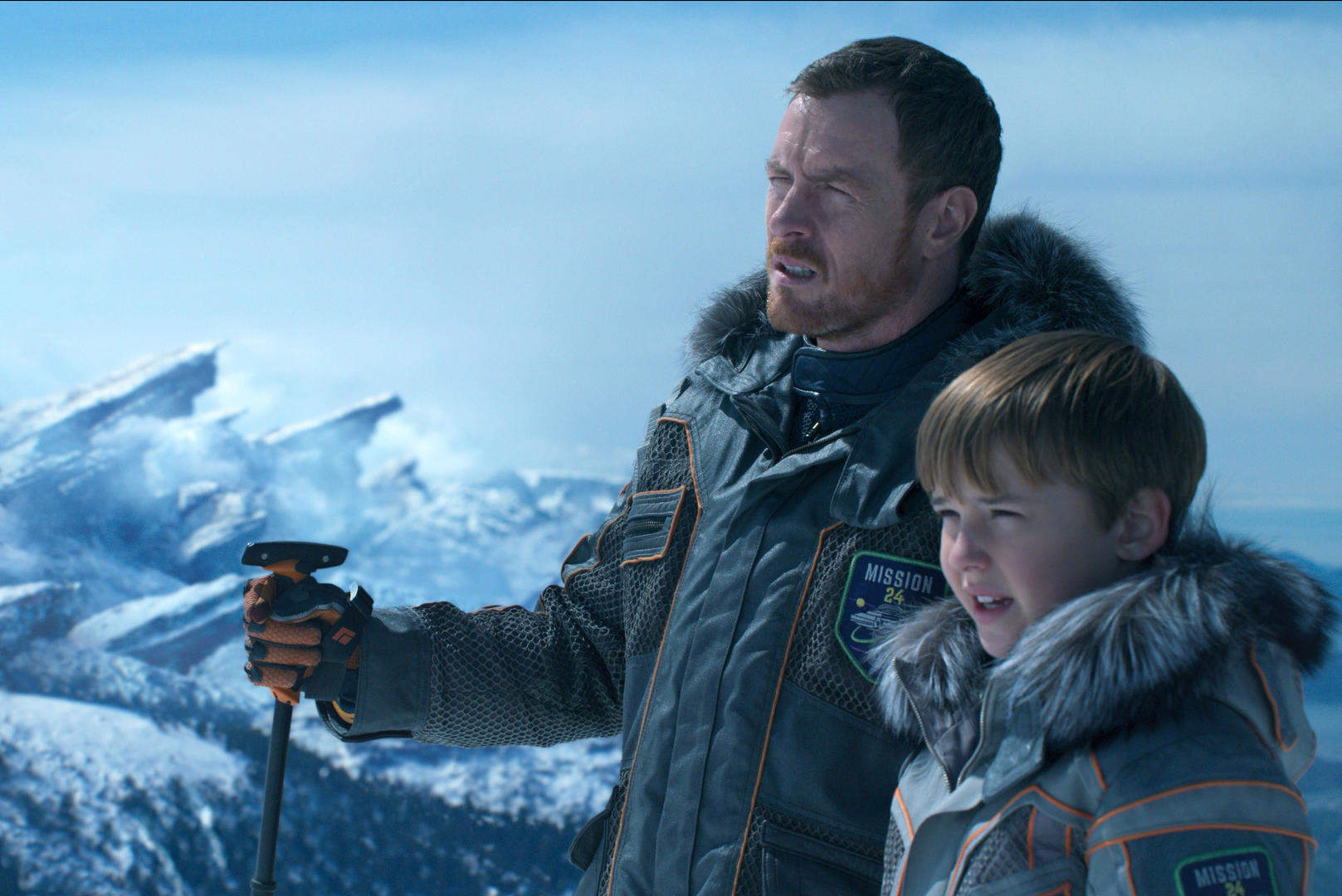 LOST IN SPACE (via Netflix)

Friends gathered at a remote chalet in the French Alps for a summer getaway are caught in a deadly trap as a dark secret from the past comes to light. 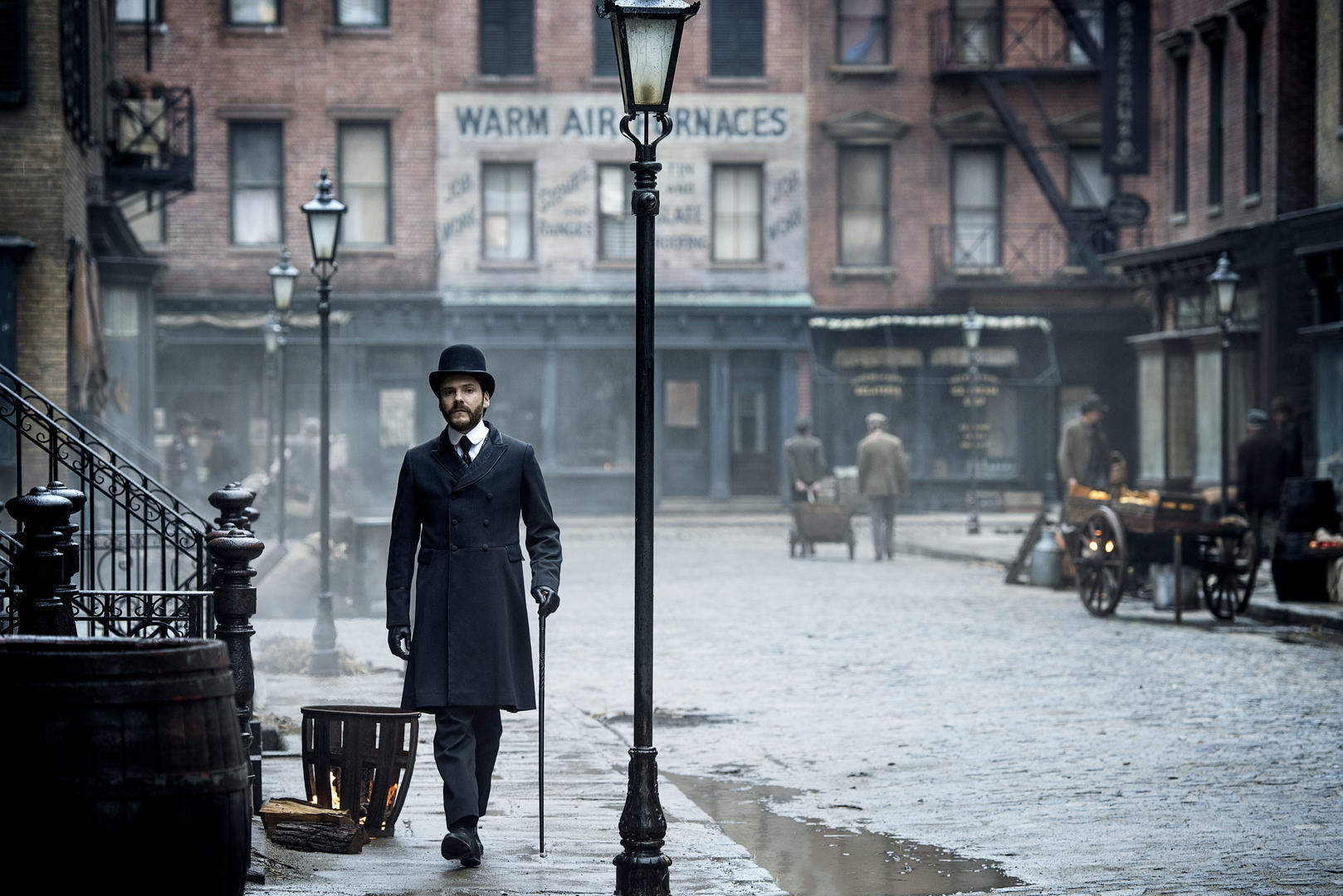 The Alienist (via Netflix)

Audrey, mother of a 2-month-old, joins a new-parents support group, where she makes some quirky friends facing various challenges and life changes.

A boozy ex-cop turned hit man thinks he’s losing his marbles when a cartoon unicorn only he can see urges him to rescue a girl kidnapped by Santa.

As the next Process nears, the Cause plots to wipe out the system once and for all, and Michele finds herself in a precarious position.

While the Shadowhunters deal with changes in their personal lives, the demon Lilith embarks on a quest to resurrect her “precious boy” Jonathan.

Over the course of one night, a woman drives her heroin addict brother across LA in search of a detox center, with his two-year-old daughter in tow.

A 14-year-old basketball phenom struggles to fit in with his new team after a video of him goes viral. Directed by Ryan Koo.

A woman who’s been alone on a spaceship her whole life becomes enamored with an engineer who suddenly enters her life and upends her universe.

In a violent prison in 1970s Mexico, a young inmate lands a spot on a football team that doubles as an enforcer squad for a corrupt administration.

A trio of young, aspiring thieves learns what it takes to be successful pickpockets from a master in the arts of trickery and deception.

Based on true events, globally-renowned pastor Carlton Pearson risks everything when he questions church doctrine and is branded a modern-day heretic.

A shameless chauvinist gets a taste of his own medicine when he wakes up in a world dominated by women and locks horns with a powerful female author.

Suddenly possessed with supernatural powers, a father sets out to help his estranged daughter, who’s at risk of losing everything she’s lived for.

An introverted high school girl from a working-class background falls in love with her wealthy debate team nemesis and realizes they share more in common than they thought.

Starring Adam Sandler and Chris Rock, this comedy centers on the week leading up to the wedding of their characters’ kids. Robert Smigel directs.

Armed with wit and his trademark style, French comedy phenom Fary veers from pickup lines to racism and beyond in a dynamic, anything-goes special.

Impending parenthood does funny things to Natasha Leggero and Moshe Kasher, who dissect family, relationships and more in a trio of stand-up specials.

Comedy star Kevin James dishes on fatherhood, fan interactions, ice cream and much more as he returns to the stand-up stage after a long absence.

Spiritual teacher and ’60s icon Ram Dass meditates on life and death at his home on Maui 20 years after suffering a life-altering stroke. 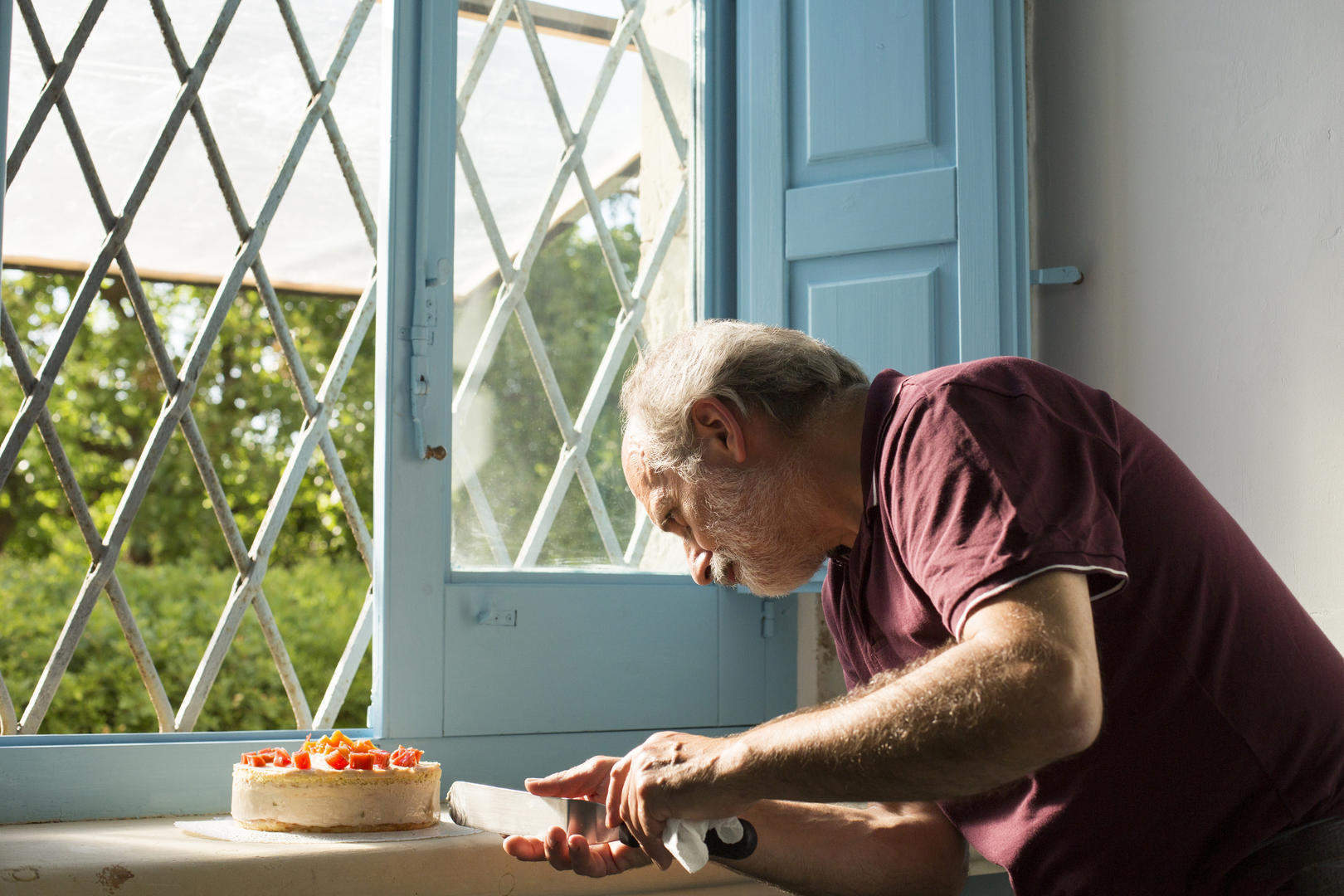 This documentary profiles women who were tested in 1961 for spaceflight, but had their dreams dashed when only men were chosen to become astronauts.

This docuseries examines the “Bobby Phenomenon” of the 1960s and the continuing influence of the man many see as the greatest loss of a turbulent era.

With a little help from his brother and accomplice, Tim, Boss Baby tries to balance family life with his job at Baby Corp headquarters.

The Magic School Bus pulls out all the stops, taking Ms. Frizzle and the class to the top of a noodle mountain — and the center of the sun itself.

What if grown-up spies can’t do the job? It’s up to junior spies Juni and Carmen Cortez to defeat S.W.A.M.P. in an animated series based on the films. 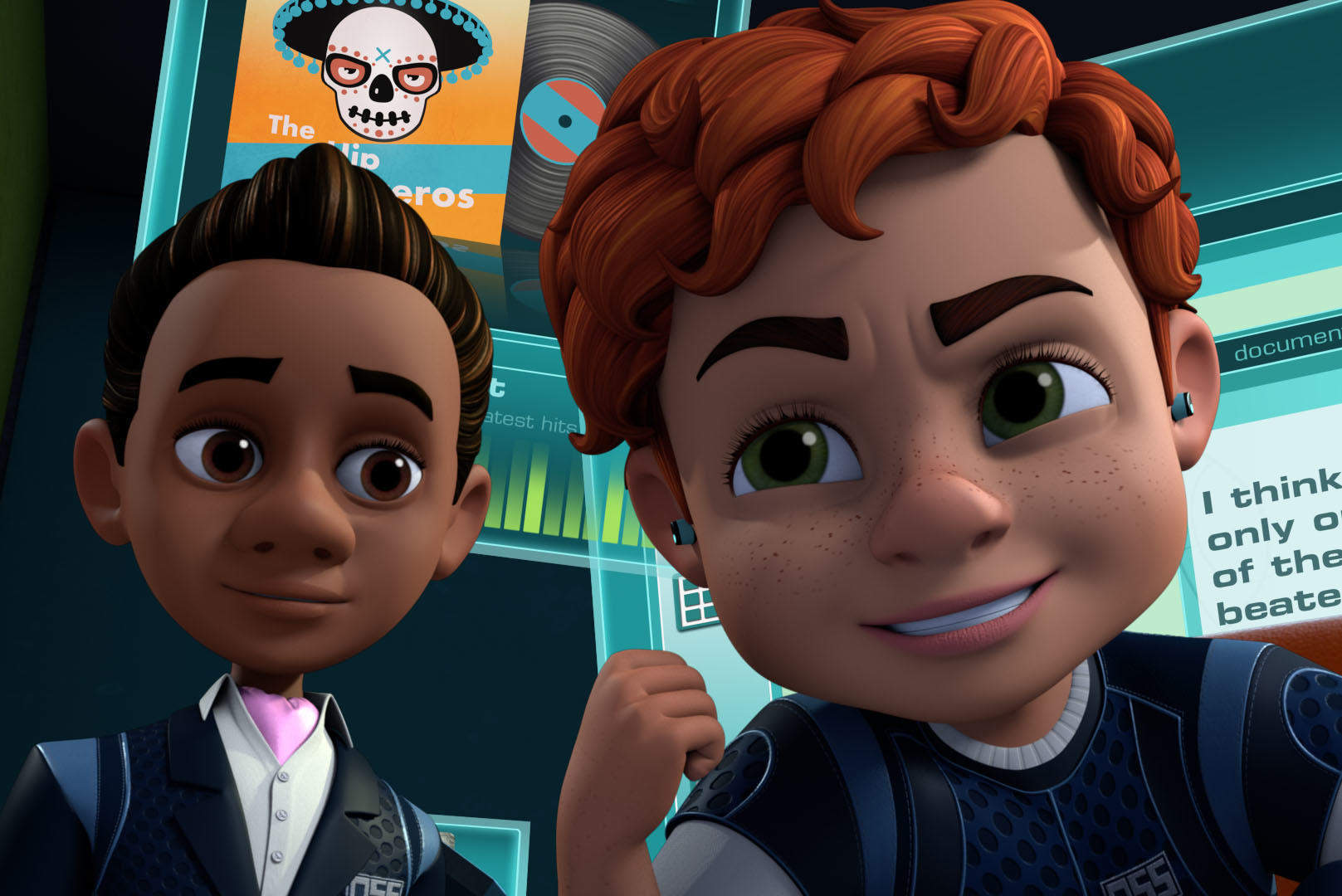 A valiant girl liberates the Monkey King — a god long trapped in stone — in a quest to find seven sacred scrolls and save the world from evil.

When a secretive guild comes after Percedal’s children, Yugo and friends embark on a daunting rescue mission.

Retsuko is a 25-year-old red panda who is an office associate in the accounting department of a trading company in Tokyo. All she wants is to do her job and get through the day, but when frustrations reach a boiling point, she vents through death metal.