The theme of World Malaria Day 2018 is “Ready to Beat Malaria”, highlighting the collective global goal to end the disease.

With promising infection and transmission-blocking malaria vaccines in the research and development pipeline, as well as public-private partnerships advancing mosquito control tools, malaria eradication will begin to become a realistic goal in the next 15 years.

With an estimated 216 million cases of the life-threatening parasitic disease malaria occurring across 91 countries in 2016, halting transmission of the mosquito-spread malaria is how the disease will be beaten.

An international effort is required to finance the research and development and public health administration necessary to block transmission and achieve disease eradication.

The Global Fund for AIDS, Tuberculosis and Malaria; the US President’s Malaria Initiative; and other country-level bilateral and multilateral entities support these efforts.

Alongside academic institutions and pharmaceutical companies, these stakeholders are largely responsible for a strong malaria R&D pipeline. 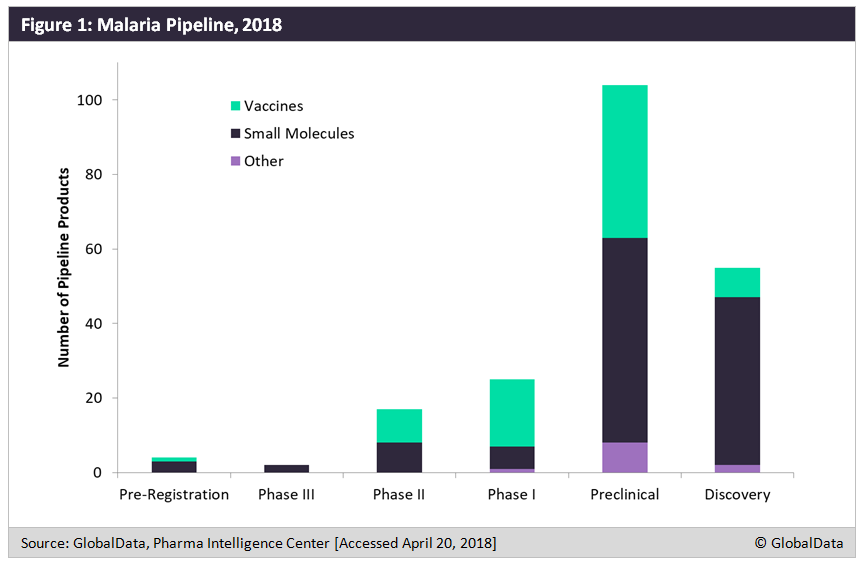 The previous global eradication campaign from the 1950s–1960s resulted in disease elimination in some countries, but drug and insecticide resistance have since contributed to undermining these efforts.

The concerns of drug and insecticide resistance persist, with the WHO admitting that current tools and methods are inadequate for achieving eradication of the disease.

Despite these obstacles, there are reasons to remain hopeful as the current campaign gains traction. For example, Sri Lanka was declared malaria-free in 2016.

In Southern Africa, the Elimination 8 Strategic Plan (2015–2020) is focusing on eradicating malaria in eight countries (Angola, Botswana, Mozambique, Namibia, South Africa, Swaziland, Zambia, Zimbabwe), with four of these countries targeting malaria elimination by 2020, according to the WHO.

GlobalData is the market leader in providing actionable insight into the healthcare industry. With market analysts in 18 countries around the world, along with a team of researchers and consultants, we can provide you with the reliable, in-depth industry information you need.

Biggest influencers in cloud computing in Q3 2020: The top individuals to follow

How Covid provides opportunities for cybercriminals

Google US anti-trust suit is about more than competition