Worldpay — owned by Royal Bank of Scotland until the bank was forced to carve it out in the aftermath of the financial crisis — has flourished over the last two years as a standalone company.

Now it has been bought by US credit card processing company Vantiv for $10.4bn but its name will live on in the US, with the combined company — 43 percent owned by Worldpay investors and 57 percent by Vantiv — trading as Worldpay and listed on the New York Stock Exchange.

Since it listed on the London Stock Exchange in 2015 — the biggest IPO of the year — Worldpay shares rose by 21 percent before the Vantiv deal was announced on the back of its rapid growth numbers. 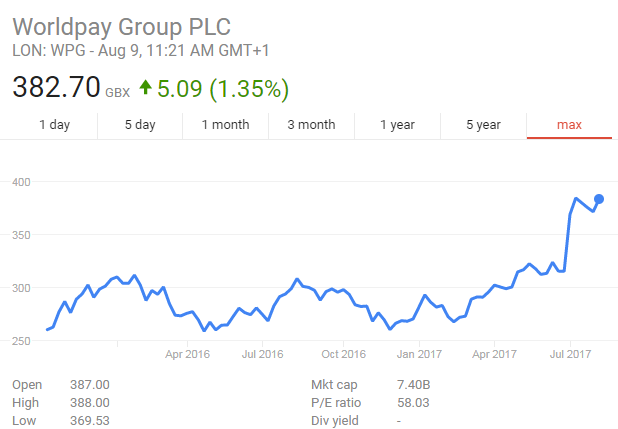 Strategic acquisitions have been one of the ways Worldpay has been able to grow so quickly. Here’s a brief history of how it came to be valued at just over $10bn by Vantiv.