The world is witnessing a historic surge in migration. As more people move into urban areas, new solutions will be needed to cope with the increasing demand on public services. As policymakers struggle to keep up with changing migration routes, one possible solution to help refugees find work in their new country is artificial intelligence (AI), according to president and CEO of the International Rescue Committee David Miliband.

The United Nation’s 2017 International Migration Report estimated the number of migrants globally at 258 million people, almost double that of 2000. And it only takes a few minutes looking at environmental problems and political conflicts around the world to realise that this number won’t be decreasing any time soon.

The story of migration today starts and ends with cities, both internationally and internally, says Miliband. Speaking at the 2019 Pritzker Forum on Global Cities, Miliband said: “Cities are actually the centre of conflict today. It’s cities that are the centres of the civil wars that are generating refugees around the world.”

“Cities are in the frontline of coping with the flow of refugees and asylum seekers and also of the internally displaced,” said Miliband. “28.5 million refugees and asylum seekers around the world today – that means 16-17 million in cities. The number of internally displaced people is 40 million, in cities that means 30 million.”

The numbers are daunting, especially when you realise that this number doesn’t include economic migration or population displacement due to environmental factors.

Immigration policy is mostly still set at a national or international level, but cities are the site of implementation. During the Pritzker Forum panel discussion, Ontario Senator Ratna Omidvar elaborated that the growing difference in opinion towards migrants between urban citizens and those living outside of cities is a concern.

“I think the single factor that has changed is populism, and people’s perception about both immigrants and refugees, and that’s gotten in the way of sound national policies and governments, and cities don’t have a place at that table,” Omidvar said.

51% of people living in Toronto, the largest city in Ontario, are born outside of Canada, and Omidvar believes that although populism may be on the rise, the general view of those living in cities is more accepting of migrants. The disconnect between those in charge of policies on a national level and the metropolitan authorities who actually have to implement them is a key issue. 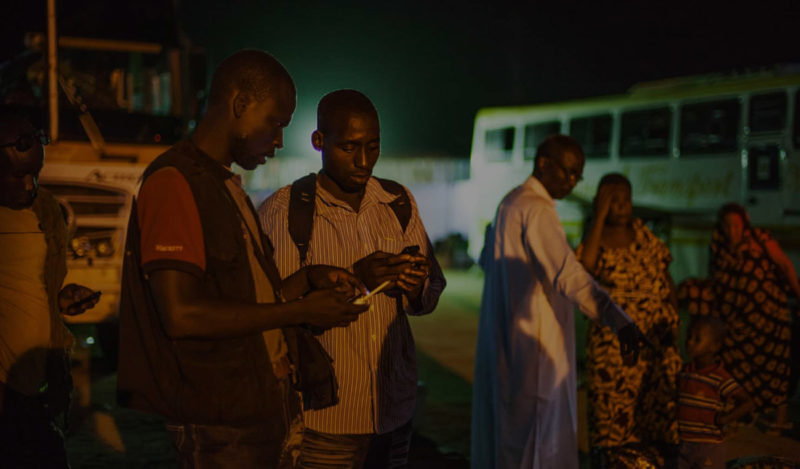 Miliband says their algorithm can improve employment by 40%.

“Cities do not have a role in developing or contributing to policies at a national level. I think of cities as first responders to migration. They have all of the responsibility [but] they do not have any of the authority or resources.” Omidvar added.

As cities grown in population and are required adapt to an increasing demand on public services, surely one of the most effective ways to manage the growing need of housing and services would be to allow metropolitan authorities to act either proactively or reactively to their specific situation. Where lawmakers on a national level might see this as a dilution of power, Omidvar believes it can be beneficial overall.

“Cities are much more nimble at adapting, replication, adjusting, stealing ideas from each other. Nation states have ideologies and histories. Athens can borrow from Copenhagen, who can borrow from London,” Omidvar said. “We have a network of cities that should be working far more closely together on how they have translated their local wisdom into opening up levers of power with state and federal governments.”

On a broader, national level, Miliband believes that technology is vital for the integration of migrants. “There is a responsibility on governments to think hard, especially when they’re doing refugee resettlement. Where do they place people? If you’re an asylum seeker you choose where to go, if you’re being re-settled as a refugee from a third [world] country, you’re given a ‘docket’ and told ‘this is where you’re going.’”

The International Rescue Committee has been working with Stanford University Immigration Policy Lab. By doing a regression analysis on the last 10 years of refugee re-settlement across the USA, Miliband says that the Stanford AI employment algorithm could offer massive benefit for refugees searching for a job.

“We think you could deliver 40% improvement in employment rates if you follow the lessons of the algorithm we’ve developed,” he said.

The AI employment algorithm uses a combination of supervised machine learning and optimal matching to place refugees in cities that optimise their overall employment rate. It takes into account their level of education, knowledge of English and age and can be implemented at virtually no cost, without changing the existing institutional setup.

The IRC, alongside Mercy Corps, has also worked with Google to create Signpost, a platform that helps migrants when they enter a new country.

“What did we find when the refugees arrived in Greece?” said Miliband. “The first thing they did when they get off the boat? You take your mobile phone out of your pocket… and it was all Greek! So it wasn’t very helpful to them.”

Signpost offers accurate information that migrants need when they first arrive in a new country – whether it be legal advice, which businesses and services can be trusted, or where to find public services.

Miliband says 800,000 refugees have used the service since 2015, which is now available as Refugee.info in Bulgaria, Italy and Serbia as well as Greece. Refugees can also use it in El Salvador under the name CuentaNos and Khabrona in Jordan.

To date, Signpost says it has reached over 1 million people globally, assisting in the transition when arriving in a new country.

Read more: Behavioral Signals: AI that predicts if you’re going to buy from the emotion in your voice