When three industry giants — Amazon, Berkshire Hathaway and JPMorgan Chase — announced yesterday their healthcare alliance designed to support their US employees stock in the biggest US healthcare companies took a heavy hit.

Shares of US healthcare companies fell across the board with the health services and health technology sectors dropping more than any others in the Dow Jones Industrial Average yesterday.

The healthcare alliance, for which details are still pretty thin on the ground (including what it will be called), is expected to be managed by executives from the three firms and run as a non-profit.

Others have tried something similar in the past, including retail giant Walmart and industrial supplier Caterpillar.

It’s thought the new entity could eventually cut out the industry middle men: negotiating directly with drug makers, doctors and hospitals use their data to know the lowest costs.

The ballooning costs of healthcare act as a hungry tapeworm on the American economy. Our group does not come to this problem with answers. But we also do not accept it as inevitable.

The health care system is complex, and we enter into this challenge open-eyed about the degree of difficulty.

Hard as it might be, reducing health care’s burden on the economy while improving outcomes for employees and their families would be worth the effort.

Here’s how the announcement hit the 10 biggest US healthcare companies. 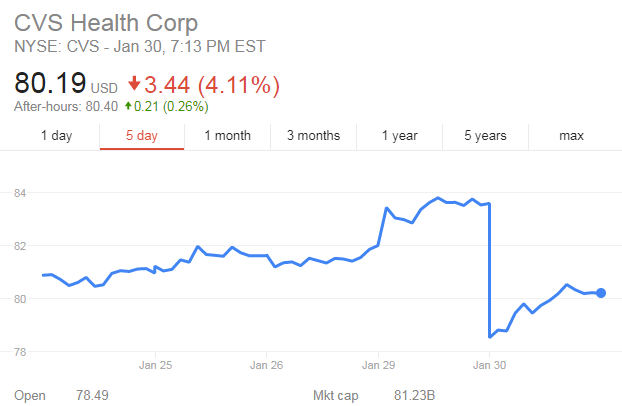 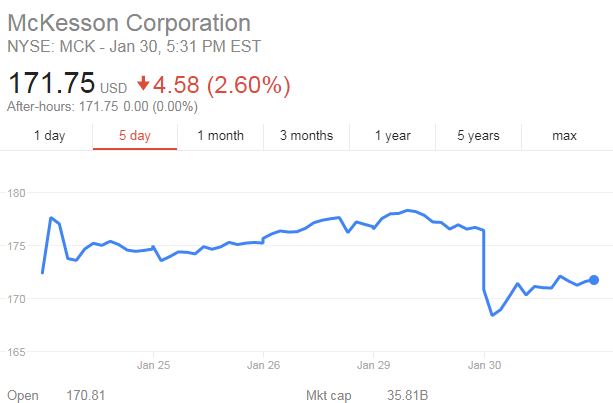 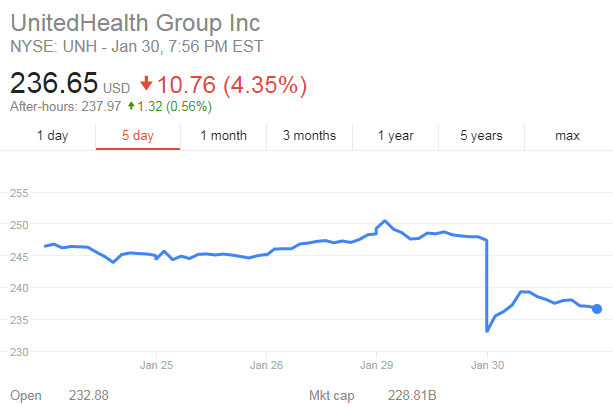 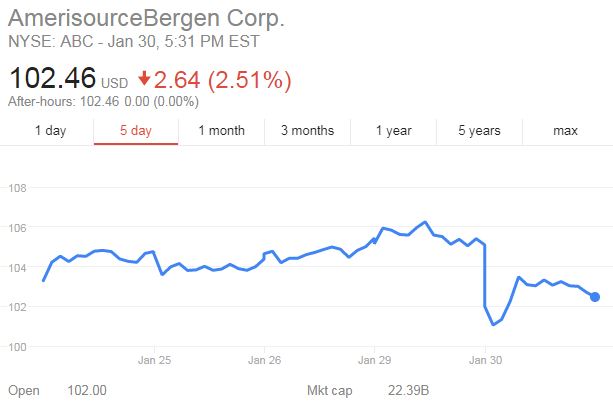 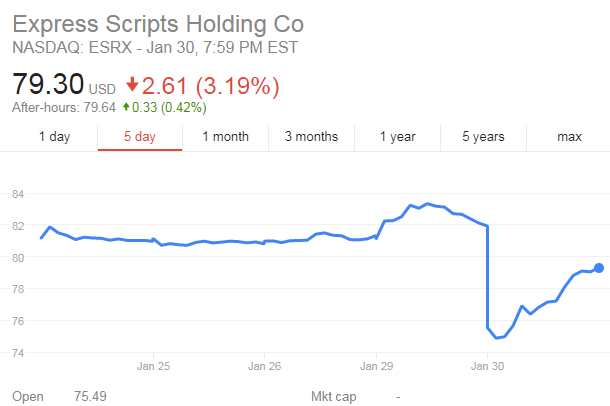 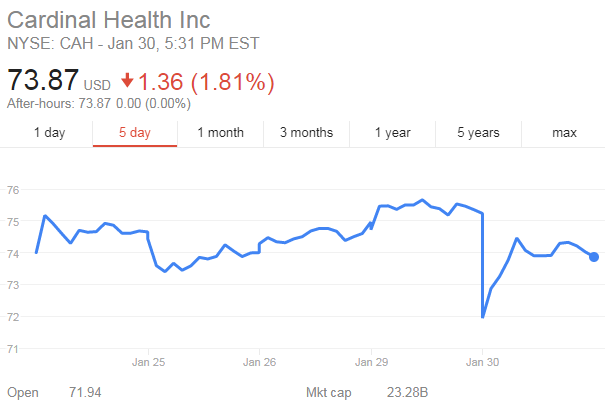 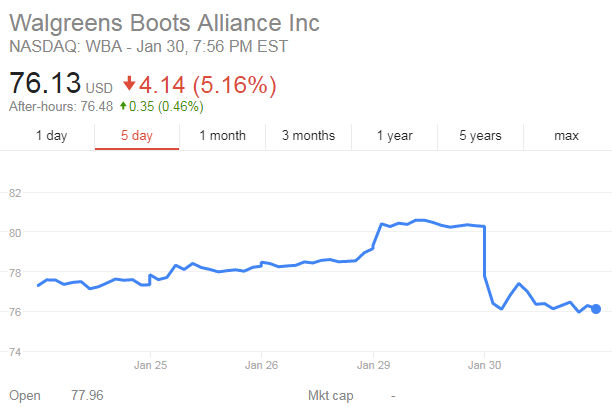 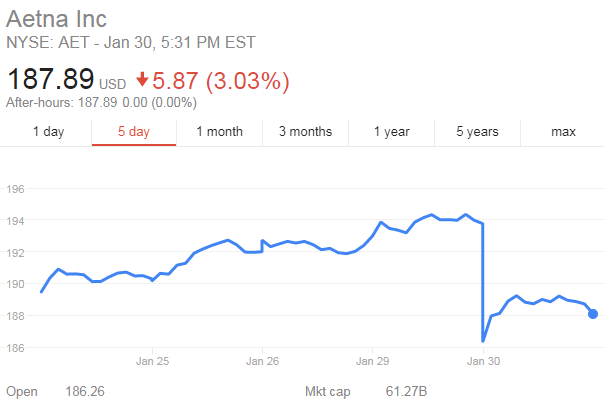