Amazon announced a significant commitment to renewable power in December, highlighted by its plans to invest in 6.5 gigawatts of electricity production capacity. The company plans to add 26 new utility-scale wind and solar projects in Australia, France, Germany, Italy, South Africa, Sweden, the UK, and the US, for a total of 127 renewable energy projects.

Amazon says its wind and solar projects can now generate more than 18 million megawatt hours (MWh) of renewable energy annually to help power its corporate offices, fulfillment centers, and Amazon Web Services (AWS) data centers. The company also announced that it would accelerate its plans to move to 100% renewable energy sources by 2025 – five years ahead of its original plan.

The announcement comes as welcome news to critics, notably Greenpeace, which accused Amazon in 2019 of going backward on its 100% renewable energy goal. In particular, some of Amazon’s largest data centers in Virginia supporting AWS customers were estimated to be powered using just 12% renewable sources.

However, Amazon appears to have addressed that issue head-on. In December, Amazon cited one of its latest solar projects in Pittsylvania County, Virginia, which will power Amazon’s new Virginia headquarters and other Virginia-based operations, including Whole Foods Markets and fulfillment centers. 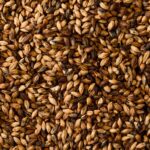 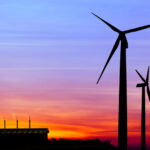 Amazon estimates that its collective commitment to wind and solar projects makes it the largest corporate purchaser of renewable energy. For the record, the company believes it is also responsible for the largest order of electronic vehicles. In 2019, Amazon ordered 100,000 electric delivery vehicles from U.S. manufacturer Rivian (though that order will not be fully filled until 2030).

Amazon has also managed progress in enticing other companies to sign on to its Climate Pledge, under which companies agree to a set of environmental commitments:

In December, 13 new companies signed on to the Climate Pledge, including Unilever, Brooks, Atos, and Microsoft, which had already committed earlier this year to become carbon negative by 2030 – a full ten years before Amazon.