UK chancellor Philip Hammond’s concession for first-time home buyers announced in his budget earlier this month will only have a “limited impact” on housing demand, according to British high street bank Nationwide.

Hammond’s autumn budget has been closely scrutinised after he was forced to back track on a number of key policy points in his spring budget.

Stamp duty is a tax that an individual is liable to pay when they buy a residential property or a piece of land.

Earlier this month, Hammond abolished the stamp duty for all first-time home buyers purchasing a property of up to £300,000 in England, Northern Ireland and temporarily, at least, in Wales. No stamp duty will be paid on the first £300,000 for homes costing up to £500,000,

However, Nationwide, the UK’s largest building society, said today that many buyers had already paid little or none of the tax and so Hammond’s decision to abolish the stamp tax will only have a “modest” impact on demand.

For many homes primarily outside of East Anglia, and the South East and South West of England “first time buyers already paid little or no stamp duty as the price of the typical first time buyer property was below the previous threshold of £125,000. 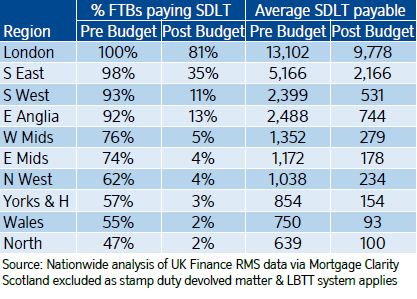 Hammond has insisted, however, that young people will benefit from his stamp duty policy.

This is our plan to deliver on the pledge we have made to the next generation that the dream of home ownership will become a reality in this country once again.

In March, when he unveiled his first budget as chancellor, Hammond faced widespread criticism for breaking a Conservative election promise by increasing taxes on the self-employed.

Gardner also made clear that the potential savings of Hammond’s new stamp duty measure vary depending on region:

The potential savings are more substantial for borrowers where house prices are higher, especially in London and the
South East.

Last week, the Office for Budget Responsibility (OBR) said  existing home owners would benefit through higher house prices, but Gardner said that overall impact on prices is likely to be very modest (the OBR estimate they may be increased by c.0.3 percent, mostly in 2018).” 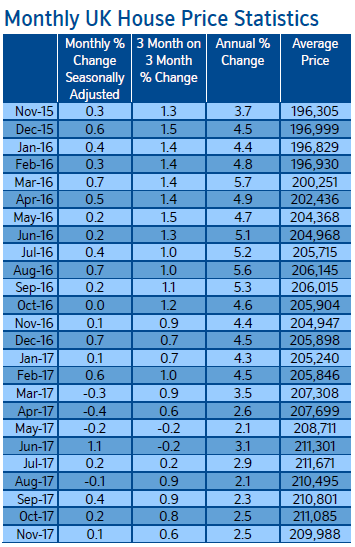 Across the UK, house prices rose 2.5 percent year-on-year in November, according to the Nationwide data released this morning.

In Wales, stamp duty will be devolved from March 2018 and Scotland has its own system of land tax.