When considering a place to live, the most important factor to consider is cost of living. High wages are all well and good, but ultimately meaningless if the cost of living is too high. That’s why studies like Mercer’s cost of living city survey are so vital.

Every year, data insight company Mercer compares the cost of living in hundreds of cities around the world.

Mercer’s study looks at everything from rent, to the price of a cup of coffee. Compiling all this data allows it to work out which cities are the cheapest and most expensive to live. The data is then used by governments and major companies to protect employees’ purchasing power and lifestyle if they are transferred abroad.

Cities studied for the survey are chosen according to demand for the data. As such, all cities on the list are those with a significant population of expatriates already, or places where lots of companies wish to invest resources. The list highlights some of the world’s biggest business hotspots. 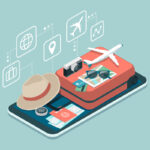 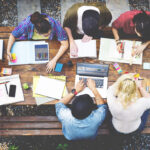 The most expensive cities to live in around the world

The cities at the top of the list are ranked by Mercer as the most expensive cities to live in. The Mercer list also how much they’ve moved compared to last year’s list.

Mostly the top ten has remained fairly consistent. The biggest drop was Luanda in Angola, which dropped from the most expensive city to live to sixth place. The biggest climber was Ndjamena in Chad which rose from 15th place to eighth.

Obviously, this new list means four out of five of the most expensive cities to live in are in Asia. Ilya Bonic, president of Mercer’s career business, explained why:

“With technology advances and the importance of a globally connected workforce, deploying talent remains a key component of a multinational’s business strategy. While a mobile workforce allows organisations to achieve greater efficiency, utilise top talent, and be cost-effective with international projects, volatile markets and slowing economic growth in many parts of the world require them to carefully assess expatriate remuneration packages.”

They are in order of most to least expensive:

The cheapest cities to live in the world

Likewise, the list of the cheapest cities to live around the world has also not shifted much.

The biggest fall on the list is Tashkent in Uzbekistan, which was around the middle of 2017’s ranking. However, the cost of living has dramatically reduced, causing it to fall 86 spaces to become the cheapest city to live for 2018.

Without further ado, these are the places with the cheapest cost of living in 2018:

The full list of the world’s cheapest and most expensive cities, as well as further data, is here.