After doubling its solar energy capacity in 2016, China has been crowned the world’s biggest producer of the renewable energy resource.

Pretty impressive for a country that is also the biggest producer and consumer of the fossil fuel, coal.

According to China’s National Energy Administration (NEA), the country’s installed photovoltaic (PV) or solar energy capacity, rose to 77.42 gigawatts at the end of 2016. This is part of the plan by the NEA to add more than 110 gigawatts of capacity in the 2016-2020 period.

Thanks to the increase in PV capacity, solar planets generated 66.2bn kilowatt-hours (kWh) of power last year, accounting to around one percent of China’s total power generation.

Beijing has also pledged to cut coal use by 30 percent this year in order to fight the notorious fog surrounding the city. 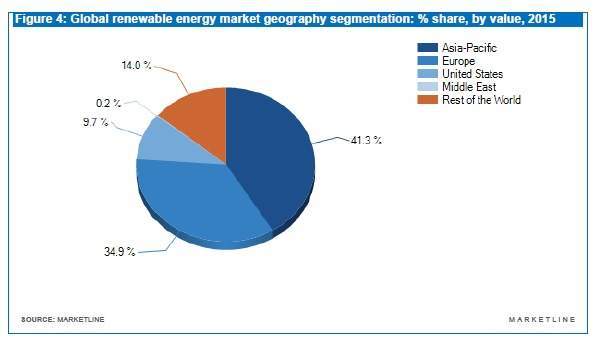 It is positive to see one of the biggest producers of fossil fuel taking such steps to invest more in renewable energy. The news comes after the former head of the US president’s transition team at the Environmental protection agency, Myron Ebell, said Trump is set to pull out of the Paris Agreement – which aims to reduce global greenhouse gas emissions.

At a press briefing in London last week, Ebell said: “I expect Donald Trump to be very assiduous in keeping his promises, despite all of the flack he is going to get from his opponents.  He could do it by executive order tomorrow, or he could wait and do it as part of a larger package.”

Bob Ward, policy and communications director at the Grantham Research Institute on climate change and the environment, at the London School of Economics (LSE), told Verdict it would be a “serious blow” to the agreement if the US pulled out as it is the second biggest emitter of greenhouse gases in the world, behind China.

With the advent of the Paris Agreement, regardless if the US does decide to withdraw itself, renewable energy is becoming a larger focus for governments around the world. A recent report by Greenpeace demonstrated that the UK could be entirely powered by solar energy, if solar panels were installed on about 827km2 worth of land in the UK. This amounts to only 0.3 percent of total land space.

According to government data from 2015, UK homes consume about 103.2bn kWh of electricity over the course of the year. An average solar panel installation produces 3,400 kWh per year. This means a total installation of 31.8m solar panels would be able to power the UK annually – which equates to an area half the size of Greater London.

In addition, the island of Ta’u, in American Samoa, shows that living completely off solar power isn’t that much of a stretch.

The island, more than 4,000 miles from the United States’ West Coast, is powered entirely by a solar power and battery storage-enabled microgrid.

The microgrid is made up of 1.4 megawatts of solar generation capacity from Musk’s SolarCity and Tesla, as well as six-megawatts of battery storage from 60 Tesla powerpacks.

The location of the island off the West Coast helps its ability to harness the Sun’s rays; however it demonstrates where the future of solar energy could take us.