There are few lasting happily ever afters in business, and that’s doubly true in the world of media and broadcasting.

For financial investors, the conclusion of last weekend’s dramatic $40bn auction win for Sky also brings with it a new set of uncertainties and unanswered questions.

The market reaction has been good for Sky’s share price and executives alike, but it’s hardly the end of the story. 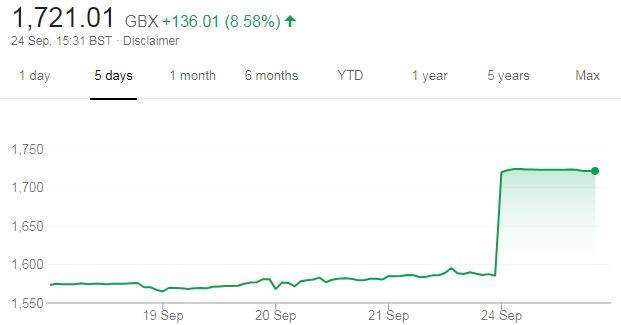 In the UK press, attention has focused on what Rupert Murdoch will do next, and whether the frustration of losing the desired controlling stake in a company he built from scratch will force the controversial media mogul into retirement, or whether he will simply make his next move.

The Murdoch family empire, which still owns 39% of Sky, is currently in the process of selling the majority of 21st Century Fox to Disney. Earlier this summer, a $60bn deal was agreed that will see Murdoch pass over his controlling stake to Disney along with a number of key entertainment assets.

Some investors have speculated that Comcast, which owns 30% of Hulu, may be open to a sideline deal, to allow Fox to consolidate its returns in video streaming, in exchange.

It’s also unclear how the two largest and most disruptive names in pay TV – Netflix and Amazon – will to react to the news of the merger, or even if they will react at all.

The combined forces of Comcast and Sky certainly allow the former the size and muscle to better offset the over-the-top threat with a wide and progressive array of new assets and international exposure.

Perhaps more importantly, Comcast will now come under intense scrutiny to make good on its $40bn bid for Sky, and demonstrate a strong and healthy international expansion return on this investment. Quite how this return is to be established is unclear, and represents one of the largest, and arguably trickiest, merger and acquisition execution challenges of all time.

The only thing that’s fairly certain at this point is that Comcast’s bid is likely to be successful. Sky’s Independent Committee, set up to guide the company post-bidding, has recommended the offer, and indeed, there’s a lot to be said for it.

An aggregated Comcast-Sky will create a global content conglomerate, with a finger in almost every media and broadcasting pie – from pay TV to premium sports, virtual reality and gaming.