When SpaceX’s Crew Dragon space capsule docked with the International Space Station it marked a return of US space sovereignty; no longer will NASA be reliant on Russia’s ageing Soyuz rocket. But for all the nationalism surrounding ‘Launch America’, the moment signalled a much larger step change: commercial human space travel is here.

Prior to Crew Dragon’s launch from Kennedy Space Center, just three governments had managed to launch humans into orbit: the US, Russia and China.

SpaceX, founded in 2002 by billionaire entrepreneur Elon Musk, has become the fourth entity to join that list and the first private company.

His California-based firm has propelled the space industry forward, bringing it into the 21st century with shiny touchscreen flight controls, sleek spacesuits and a savvy social media presence.

But more importantly, Crew Dragon’s successful docking on 31 May has vindicated NASA’s decision to partner with private industry and demonstrated that the value proposition works.

In 2010 NASA launched the Commercial Crew Development Program to work with private companies and achieve “safe, reliable and cost-effective access to and from the International Space Station and low-Earth orbit”.

This came a year before the space agency retired the Space Shuttle, its previous means of transporting astronauts to the ISS.

Critics pointed towards the high barriers to entry for private companies making rockets, most notably the enormous capital that is quite literally at risk of going up in smoke.

The public sector has taken on some of the risk by subsidising private space firms; SpaceX has received more than $3bn in NASA funding, while Boeing has received nearly $5bn. However, this is far less than the projected $24.5bn to $34.5bn NASA anticipated that it would have spent had it gone it alone.

And, of course, private industry is standing on the shoulders of giants, building on the engineering achievements of NASA’s Mercury, Gemini and Apollo programmes.

But SpaceX has shown that private industry can successfully work with public sector, and in doing so bring down the costs for all involved.

Key to the Californian company’s approach is its reusable rockets. Between 1970 and 2000, sending something to space cost around $18,500 per kilogram. This rose dramatically with the space shuttle to $54,500 per kilogram.

Much of the cost came with spending billions on a rocket only for it to be jettisoned from the crew capsule after launch, burning up in the Earth’s atmosphere on re-entry.

For SpaceX’s Falcon 9, the rocket that launched Crew Dragon to orbit, the cost is just $2,720 per kilogram.

That price is likely to continue falling as SpaceX perfects its design and looks at ways to boost its bottom line.

And that is where the public-private partnership excels. NASA awards contracts to successful companies, providing them with a guaranteed revenue stream. But as the holder of the purse strings, NASA sets robust safety conditions that must be met by private industry to win those contracts.

That combination – the private sector’s financial motivation to improve efficiency tempered by the public sector’s regulatory oversight – created the conditions for Crew Dragon’s historic mission and will pave the way for the expansion of commercial space travel.

Astronauts Doug Hurley and Bob Behnken aboard the Falcon 9 for the Crew Dragon mission.

Crew Dragon: Paving the way for the future of space travel

In the short-term, NASA will save money by using SpaceX: it costs an estimated $55m per seat for Crew Dragon versus $86m on Russia’s Soyuz capsule.

But what does an increasing private sector presence mean for the future of space travel?

For Musk, not one to shy away from grand visions, the plan has always been to put humans on Mars. This remains a long-term goal and one that NASA is looking to achieve with its own Orion rocket in the 2030s.

In the nearer-term, the Crew Dragon flight will invigorate rival commercial space companies.

Boeing, which is also part of NASA’s Commercial Crew Program, will in particular be eager to make up for lost time after a failed attempt to dock its unmanned Starliner capsule with the ISS in December last year. 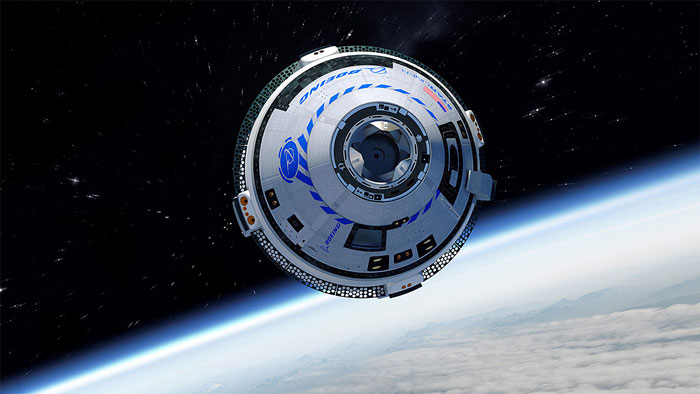 Boeing’s CST-100 Starliner, a reusable spacecraft that is also being designed for manned missions.

Space tourism: Finally around the corner?

In demonstrating that a private company can safely transport humans into orbit, Crew Dragon will also likely accelerate space tourism, which for decades has seemingly been around the corner.

Dennis Tito became the first space tourist in 2001, spending six-days aboard the ISS. Since then a handful of the ultra-rich have ventured into space at eyewatering prices.

However, SpaceX may be paving the way for wider access to space. In February this year, SpaceX signed its first deal with space tourism firm Space Adventures to launch space tourists into orbit on its Crew Dragon spacecraft. This could see up to four passengers fly into Earth orbit by as soon as 2021 – although SpaceX is not known for meeting deadlines.

That’s not to say it isn’t going to be immensely pricey for the foreseeable future. In 2018 billionaire Japanese entrepreneur Yusaku Maezawa revealed that he will be the first private customer to ride around the Moon on SpaceX’s Big Falcon Rocket.

While the successful launch of Crew Dragon is good news for ultra-rich would-be space tourists, it also creates new possibilities for others to access space.

A competitive space sector could give more options to private researchers who want to conduct experiments in space.

For all the fantastic science that takes place on the ISS, it is limited by the number of staff on board. Private space labs will be out of reach for all but the largest of companies, but as time goes on and costs drop this will become more attainable for the likes of big pharmaceutical firms to launch their own research stations.

The advertising and entertainment industries may also look for new frontiers; it’s not difficult to imagine a multinational filming a Superbowl commercial while in orbit. And actor Tom Cruise is working with NASA to shoot a film on the ISS, with SpaceX being a potential partner.

As with any industry opened up to private enterprise, it will need to be kept in check by rules and regulations. Many will rightly have concerns and do not want to see space exploited for commercial purpose. But Crew Dragon has made a first small step in a long-held dream: making space accessible to all.