SpaceX is on the verge of making history by becoming the first commercial company to send astronauts to the International Space Station (ISS). A successful launch today will also mark the first time NASA astronauts have launched from US soil since 2011.

For Elon Musk’s SpaceX, it has been a long road to this moment. Founded in 2002 with the goal of bringing down the cost of space transportation, the Californian company has made reusable rockets an essential part of its value proposition.

After NASA retired the Space Shuttle in 2011, the space agency has been renting space for its astronauts on Russia’s Soyuz spacecraft. That same year, it set up the Commercial Crew Program to establish an American, privately operated, form of space transportation.

Since then SpaceX has received additional funding from NASA and entered into a commercial partnership with the space agency, using the Dragon 2 capsule to carry out uncrewed resupply missions to the ISS.

Ahead of today’s Crew Demo-2 mission, scheduled to take place at 9:33pm BST / 4:33pm EDT (weather permitting), we take a look at SpaceX’s road to ‘Launch America’ in pictures. 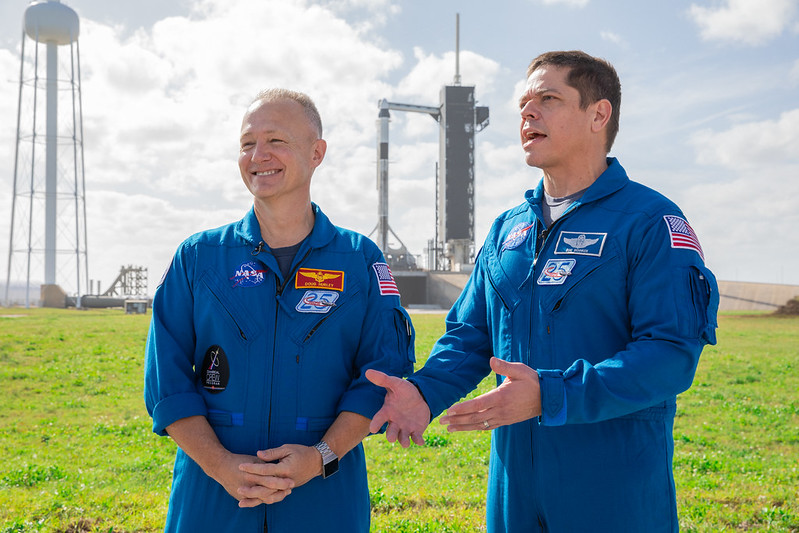 NASA selects the four astronauts that will train for Boeing and SpaceX’s commercial spaceflights. The experienced astronauts and test pilots are Robert Behnken, Eric Boe, Douglas Hurley and Sunita Williams. Behnken and Hurley will go on to be selected for today’s historic mission.

After two failed attempts, SpaceX successfully lands a Falcon 9 rocket booster. It is the first time a rocket has made a successful vertical landing upon return and marks a significant moment for SpaceX, vindicating the company’s approach to spaceflight. 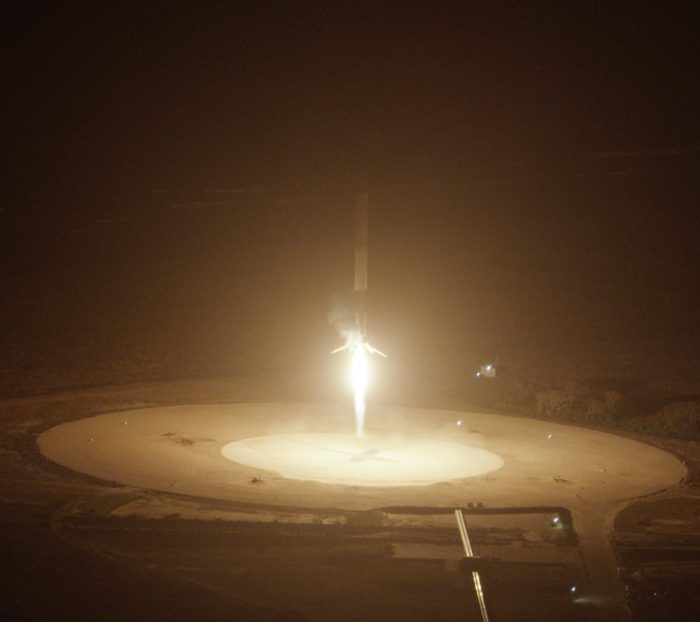 SpaceX lands a Falcon 9 booster for the first time.

An unmanned Crew Dragon capsule becomes the first commercial spacecraft to visit the International Space Station. It spends a week attached to the ISS before autonomously detaching and returning to Earth, splashing down in the Atlantic Ocean in one piece. 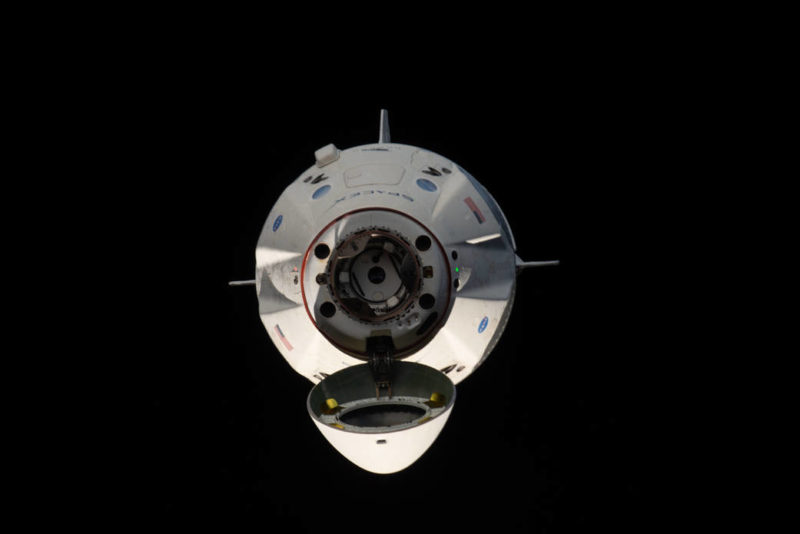 During an uncrewed test, a Crew Dragon capsule exploded into a fireball. While SpaceX and NASA tried to minimise publicity, a leaked clip ended up online. Investigations determined the explosion was caused by a leaky component.

SpaceX successfully completes an unmanned in-flight abort test to demonstrate that it can carry crew to safety in an emergency. The abort system uses eight SuperDraco engines to jettison the Crew Dragon capsule from the Falcon 9 rocket at speeds of over 400mph. 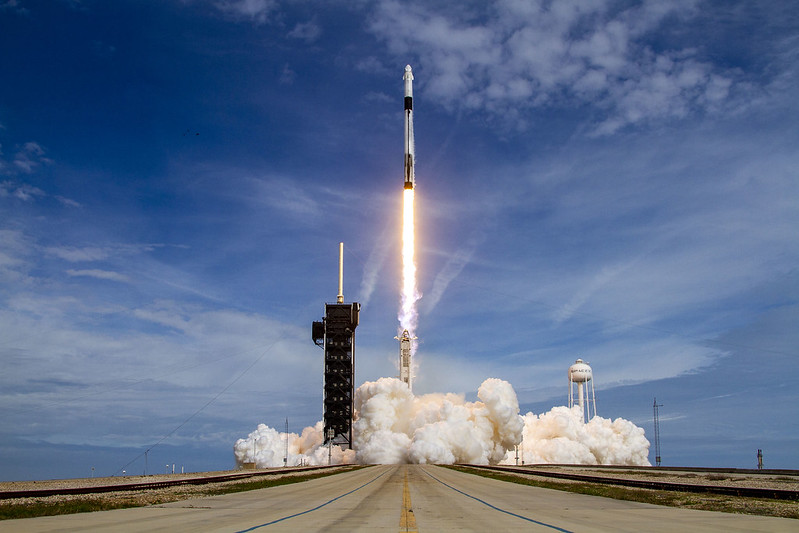 Crew Dragon takes off to test its launch escape system.

Once a safe enough distance from the rocket, Crew Dragon deployed parachutes before splashing down into the Atlantic Ocean for recovery. 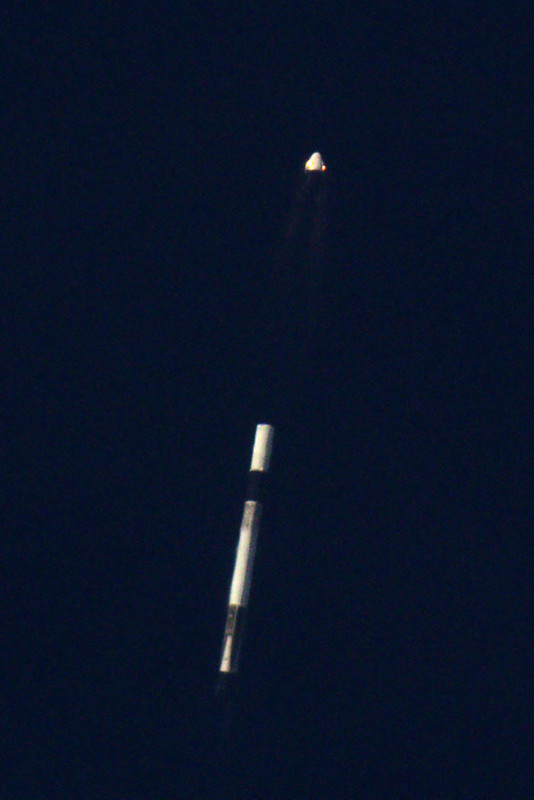 The Crew Dragon capsule ejects from the Falcon 9 rocket.

Once a safe enough distance from the rocket, Crew Dragon deployed parachutes before splashing down into the Atlantic Ocean for recovery.

With the eyes of the world on astronauts Robert Behnken and Douglas Hurley, a new era of space travel awaits. 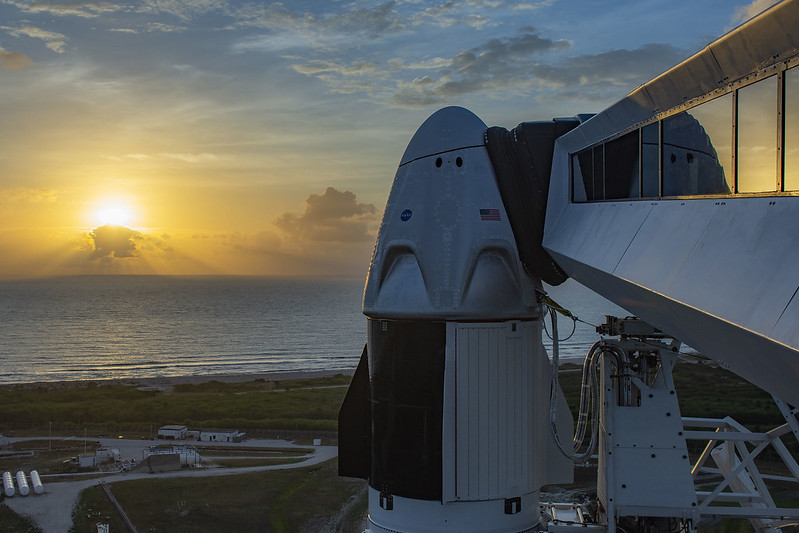 Read more: SpaceX astronaut launch: What time it starts and how to watch it