The parent company of Djezzy, VEON, announced in June 2021 that it will sell its 45.5% stake in Djezzy to the government-controlled Algerian National Investment Fund (Fonds National d’Investissement, FNI). The Algerian government has long held a 51% stake in the company, having paid US$2.64 billion for it in 2015. The move will make the telco fully state-owned, similar to fixed incumbent Algerie Telecom.

The newly government-owned operator is the second-largest mobile operator in the country, accounting for a 31.3% share of total mobile subscriptions in 2021. The telco is focusing on network modernization and has completed trials using microwave carrier aggregation technology, in partnership with Nokia, aiming to boost network capacity to address the growing mobile traffic demands in the country. 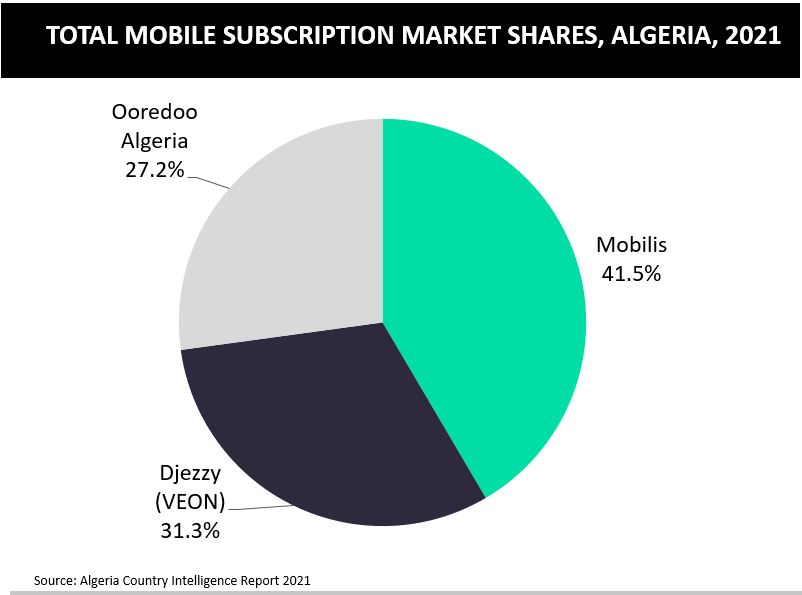 Following this move, the competitive landscape of the mobile services in country will shift to state-owned Djezzy competing against another state-owned telco Mobilis and Ooredoo Algeria owned by Ooredoo Group. In the meantime, VEON will be focused on streamlining its operations in its core markets.