The yearly festival is the world’s biggest carnival and usually takes place just before Lent, starting the Friday before Ash Wednesday. In 2018 the event takes place between Friday 9th February and Wednesday 14th February.

The most instantly recognisable part of the festival are the samba parades. These take place in the specially constructed Sambadrome. Since 1984, only ticket holders have been able to attend them. Here revelers pay to sit in the grandstands, and watch various samba schools dancing along a central causeway.

Samba schools are a central part of the Carnival. These are organisations, often neighbourhood groups, who perform together at the Carnival. Each of these schools must perform in the parade in a specific order. This starts with a group of people who introduce the school and set the mood of their performance. Then there are the elaborately dressed dancers which are widely associated with the carnival. These performances have complex dances which often tell a short story. Then there are the floats which usually have a Christian theme. Flag bearers, more dancers, and finally the band follow the floats.

As the Carnival now airs on television, more samba schools enter than in the past. As a result, the performances take place across various days of the festival. The more junior samba schools perform on Friday and Saturday, while the more well-established ones perform on Sunday and Monday.

Tickets for the parades can be purchased here, but most are sold out by now. Those that remain are more often much more expensive.

For the most luxurious customers, there are balls that take place around the festival. These are paid parties, often hosted by hotels or restaurants, usually with a specific theme.

Costumes are not usually necessary for balls, though there are exceptions so it’s best to check in advance.

The most glamorous of these balls is the one at the Copocabana Palace Hotel. This event is very exclusive and guests must dress in black tie.

Other famous balls include the Black Beads ball, dedicated to one of the most well-known samba bands. There’s also the Gay Ball which celebrates gay and drag culture and is one of the best-loved of all the balls at Carnival. 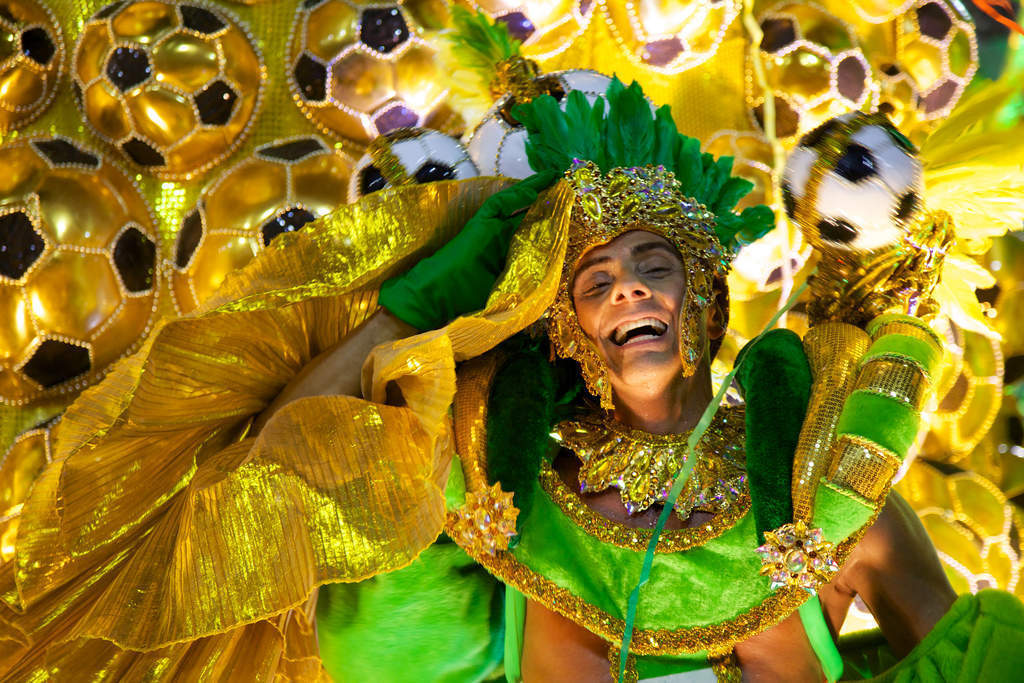 A bloco is essentially a street party. Various blocos take place all over the city. Usually blocos are free to enter, though most charge for food and drink. At these street parties revelers can enjoy music, dancing, and a real party atmosphere.

Blocos are becoming increasingly popular among Carnival attendees. Since the creation of the Sambadrome in 1984, prices for the parade itself have soared, and the free blocos provide an option for tourists and revelers who aren’t willing to pay a fortune to party.

According to the Fresnobee, there are going to be around 600 blocos this year. That’s up from 300 in 2007. Rio’s mayor, Mayor Marcelo Crivella cut more than $1.5m from the samba schools festival, and, for the first time, in 2018 there will be 3,000 private security officers helping to police the blocos and maintain order.

The Guardian reports that police in Rio received 2,154 calls about violence against women at the 2017 Carnival alone. This year, women’s groups are using the carnival to open discussion about the issue. It would be an exaggeration to describe this as the ‘theme’ of the carnival, but it may be a presence.

Some particular street parties will see women distributing stickers and slogans condemning violence against women. One such slogan is ‘Nao É Nao’ which simply translates to ‘no is no’.