Morrisons, the fourth largest supermarket chain in the UK, has pledged not to sell own-label “fake-farm” food.

Fake-farm food gives consumers the impression that food comes from a farm, market or farming town when it doesn’t.

Morrisons’ move follows a survey it carried out, which revealed that 70 percent of UK shoppers objected to the use of fake farm brands.

A Morrisons spokesman said that its pledge not to use fake farm names would not apply to the third-party brands it stocks.

The National Farmers’ Union (NFU) issued a formal complaint to the National Trading Standards in July over the use of fake-farm branding, particularly when it implies the food is British.

When was the “fake-farm” food problem first raised?

In March 2016, the issue first hit the headlines when Tesco, the UK’s biggest supermarket chain, launched a range of fruits, vegetables and meats with brand names like “Rosedene Farm”.

None of the produce actually came from farms. The foods were imported from overseas despite the brand names suggesting that they were locally produced. 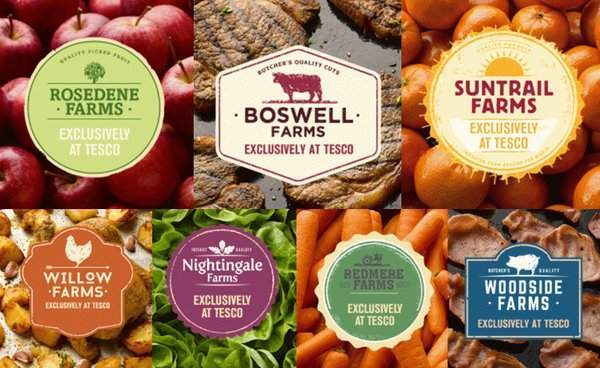 Some of Tesco’s made up farms based on product category were:

Morrisons dropped the Hemsley brand last year, after drawing criticism from consumer groups for misleading shoppers that the produce came from the real North Yorkshire town of Helmsley, when it didn’t.

The NFU said that Hemsley’s poultry was imported from abroad, and subject to less rigorous welfare standards than those required by British suppliers.

“The issue of fake farm names is very much a non-issue. While a survey says 70 percent of people object, this is not reflected in the buying behavior of consumers. It’s one of those things people muse about, but don’t feel strongly enough to act on. In essence, there is a degree of hypocrisy between what shoppers say and do.”

“Complaints that supermarkets mislead consumers are very wide of the market. Product labels have all of the information which allows consumers to make an informed choice – if they wish to do so,” he added.

Now that Morrisons has pledged not to adopt fake farm brands, there are calls for other UK supermarkets to follow suit.

Some campaigners are also demanding that Morrisons’ new policy also applies to the third-party brands it stocks.

As concerns mount about the UK’s commitment to food and welfare standards after Brexit, organisations like the NFU and the Soil Association, a leading UK-based food and farming charity, are also urging the government to take food labelling more seriously.

“If supermarkets want their consumers to trust them, then why continue doing something that shoppers find misleading and don’t want? We hope that Tesco, the worst offender in the fake farms fiasco will review their practices and stop,” Laura MacKenzie, head of policy at the Soil Association told Verdict.

The fake-farm brands “illustrates wider issues about how food is labelled in the UK; whether it’s sufficiently accurate and clear to consumers what they’re getting, where produce is from and how it’s produced,” she added.