Fever-Tree opened its doors in 2005 with a simple aim: to create a tonic water that enhanced rather than masked the flavour of gin. 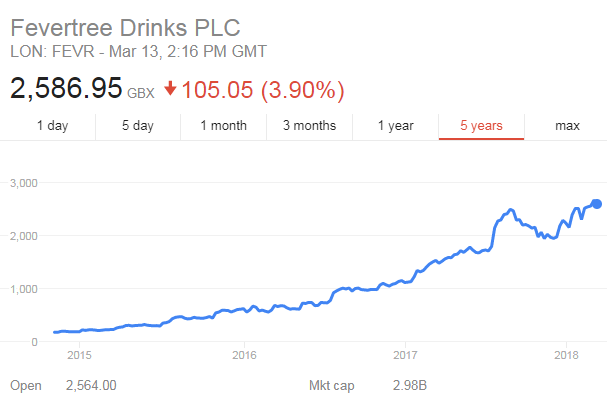 In recent years, Fever-Tree has expanded its offering to include mixers for other spirits alongside tonic water. Its product line-up now includes Sicilian lemonade, Madagascan cola, ginger beer, and ginger ale. As with the company’s tonic water, many of those drinks come in various different flavours.

Part of Fever-Tree’s success can be put down to its piggy-backing on the craft gin craze that has taken the alcohol world by storm.

But the other half of Fever-Tree’s success is sheer brand power.

In 2010, the company made headlines by launching a £150,000 direct-to-consumer advertising campaign.

Every subsequent year, they’ve followed up with another campaign. Each one has helped cement the brand in the public consciousness as a fashionable, high-quality, tonic brand.

The strength of these campaigns has seen Fever-Tree sweep past old favourite Schweppes to become the UK’s favourite tonic.

Here are some of campaigns that have launched Fever-Tree to success:

Fever-Tree’s very first campaign cost £150,000 and saw adverts posted in The Week, The Spectator and Private Eye. The Telegraph reported at the time that the campaign was actually paid for by a significant surplus in 2010. 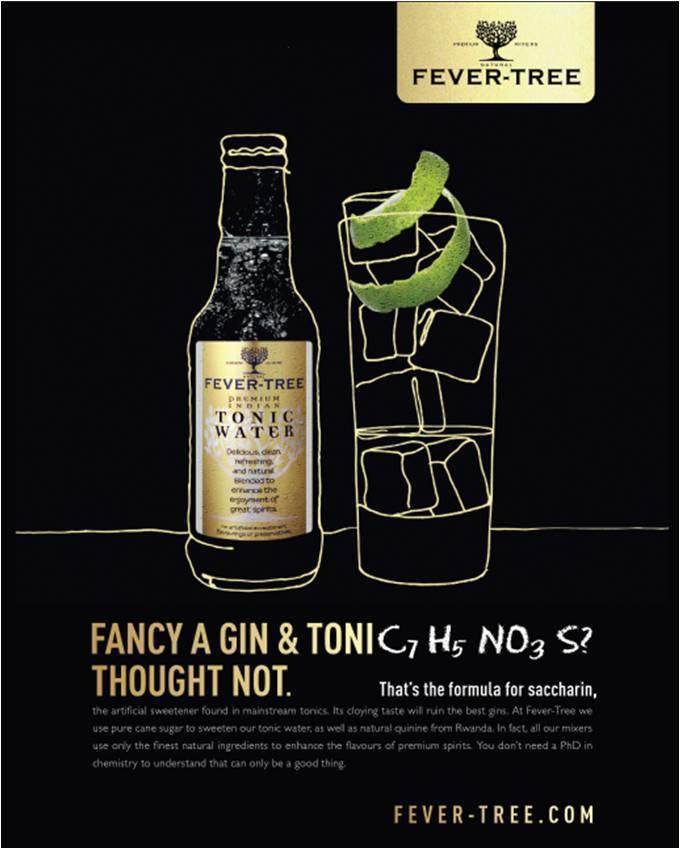 This year saw the arrival of Fever-Tree pop-ups at various selected locations around the UK. From farm fairs to cocktail festivals, this really helped put Fever-Tree in the public eye.

@imbibeuk Live stand starting to take shape! See you all tomorrow for a G&T! pic.twitter.com/bGDeDVNjoT

One of Fever-Trees major slogans was its 3/4 of your drink advertising campaign. This was launched in 2014 and appearing in print and at 125 stations on the London tube network.

Earlier in 2014, Fever-Tree also had its own pop-up store in Hoxton Square, London.

#FeverTreePopUp in Hoxton Square looking good! Launches on the 12th. Over 160 gins! pic.twitter.com/J0lRxJXKsB

In 2015, Fever-Tree had TV advertising for the very first time with an advert set to Peggy Lee’s classic tune, Fever.

The advert appeared for the first time on Channel 4 in the London and South West region. Unfortunately, it has since been taken offline and is impossible to find.

In 2016, Fever-Tree launched a new UK-wide integrated campaign with PR firm Otherway highlighting the diversity of its tonic waters.

Towards the end of 2016, Fever-Tree launched its first non-tonic based mixers. These included the Sicilian lemonade, and what the brand claimed was the UK’s first all-natural cola.

These formed the basis for the 2017 integrated advertising campaign with PR firm Otherway that showed up around the UK. 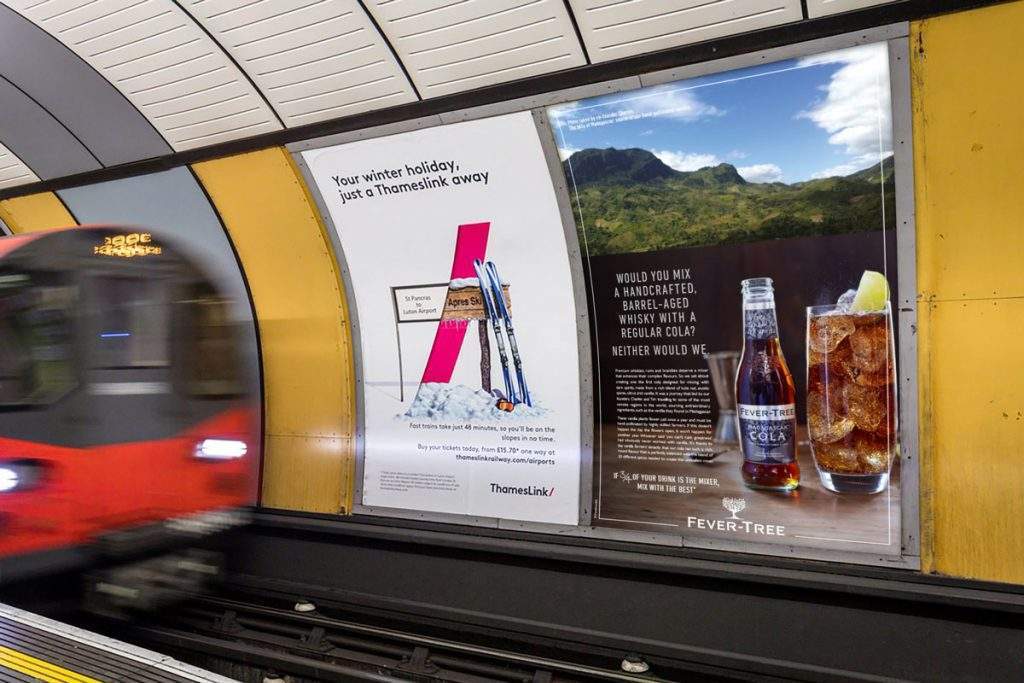 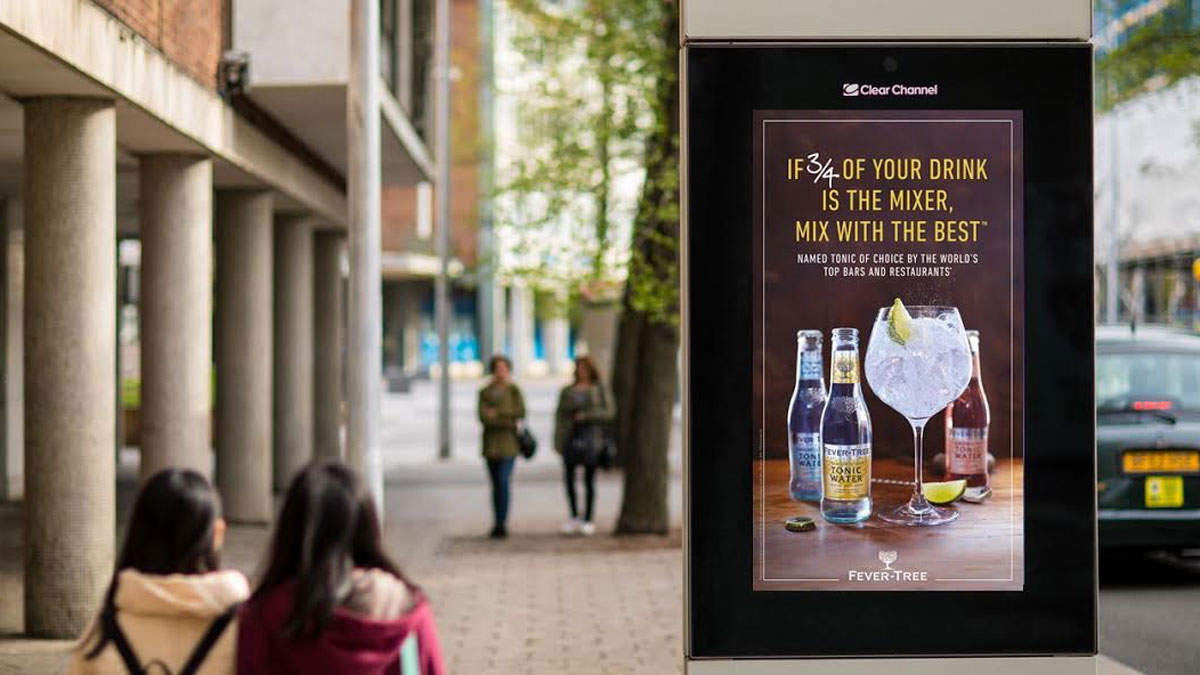 The brand also stepped up their pop-up offering by creating an escape room. This was available at various events throughout the year but most prominently at London Cocktail Week.

Finally, Fever-Tree also launched its first book. This recipe shares the best ways to mix gin and tonic and delves into the history of its mixers.

Safe to say, the future looks bright for Fever-Tree. No doubt there’ll be another eye-catching campaign to look out for in 2018.