Fleet managers will be thinking that they haven’t heard the Tipo name in a long time, and they would be right – it was retired in 1995, which is the last time it would have been on any fleet manager’s books.

The old-style Fiat Tipo, like the smaller Fiat Uno and Fiat Panda, was a continental staple; a traditional box-shaped car with rectangular headlights and a practical, if anachronistic styling. It was European Car of the Year in 1989, and sold in the hundreds of thousands in the years it was produced in its various markets. 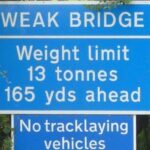 Comment
It will cost almost £4bn to repair over 3,000 substandard bridges in the UK 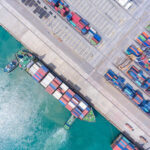 Comment
Despite its problems, the freight shipping industry is going to bounce back... eventually

Now the brand is back to challenge Ford, Vauxhall and Volvo’s cars for the mid-range executive fleet market with a fresh redesign.

The Tipo now looks entirely modern, with looks that stand out from its peers.

Design-wise, it is somewhere between the Volkswagen Scirocco and a larger version of the Hyundai i30.

Entry level models of the car start at around a ridiculously cheap £13,795, although that will get you the coarser base upholstery and the smaller petrol engine, and the less impressive wheel set.

It is obviously hard to gauge residual values as it was recently released but depreciation is relatively limited when the base retail price of the car is so low.

What’s it like to drive? The answer is: good, especially considering the pricing.

The steering is firm, and although I found the alloyed wheels made the steering heavier to handle at first, I got used to it.

The 1.6 Italjet diesel engine I drove had a really good pull in first and second gear when the car was empty: with a full passenger set it was still authoritative.

The gear box is smooth and the clutch is forgiving.

The car sat at high motorway speeds quietly, although I did notice some whistling around the wing mirrors at extremely high speed.

The large alloy tyres looked great but occasionally meant a noisier ride over older sections of the A23, but the car feels well-built and smooth to drive.

Comfort wise, the lumbar support at the top end for the driver helped comfort my back, and the firmer seats meant the car held you in stronger turns, but over longer distances some bums will go numb.

I did about 300 miles driving in the week, with two longer drives and a lot of smaller round-town driving, and there was still a third of the diesel left in the tank at the end of the week.

The Tipo, on average, hit 55-65mpg which is relatively kind on the wallet and will keep fleet fuel card efficiencies around the standard benchmark.

Fiat’s old reliability issues are perhaps a legacy issue to be disproved, but the manufacturer offers a 3-year, 60,000 mile warranty to combat this — on a business car leasing deal it might never get to the point where problems arise.

Business fleet managers will like the lower depreciation ratio and reasonable fuel efficiencies.

Within the brand, the car is marketed as one of the more sensible motors, but it is still fun to drive – perhaps other competitors in the class may have an edge in some driving experience, but for the price to value ratio, the Tipo works.

I’m 6ft 4in and I had plenty of room in this car, and the steering rakes, so you can adjust the steering angle.

Due to the curves and angles the rear view is somewhat small, but this is the same for many of its peers, like the Volvo V40 or Volkswagen Scirocco.

Its wing mirrors are a little limited for full visibility across three motorway lanes but they do not protrude against the side profile of the car so there is no risk of clipping them in tight city streets.

The dashboard layout is clean and the satnav entertainment screen is small, at around 5 inches, which some may not like but I found more than useful for navigating without being distracted from the road.

OK – the materials used are on the slightly more artificial side, but the quality of the plastics are good and the sense is that it is well synthesised. It was a nice touch to have DAB digital radio.

The Tipo is styled as a hatchback, although by my eye it was not too much shorter than a modestly styled saloon car.

It is also available as a station wagon, although the boot on the hatch is extremely generous and easily handled a chest of draws and junk that I dropped off at the local recycling centre.

My party of four friends are tall and there were plenty of compliments about the finish in the top-of-the-range Lounge model, and the capacious room for knees, heads and elbows.

On a separate drive it handled five peoples’ weekend away luggage with plenty of room to spare, plus a cat in a pet-carrier. The cat had no particular complaints from what we could understand.

I liked this car – I thought it was a well-designed, budget-conscious hatchback.

It could be a cost-effective solution for larger fleets out there, and with a lot of the executive level trim at a fraction of the price of the German marques.

I’m sure it will be a hit in Europe, and will feature in the UK. It is part of FCA Group’s continuing reinvention of its brands, but this is one of the stronger efforts.