The project took the form of an international competition, which challenged members of the public to build their own concepts of future construction machines. The models, which had to be made at least 50% out of currently available LEGO Technic bricks, were then assessed by a panel of judges, who selected the top 10 and ultimate winner for display in an exhibition.

Many of the designs drew from emerging technologies that are gaining growing support in the construction space and beyond. These included drones, 3D printing, solar panels and driverless technology.

“We were overwhelmed with just how far people went with their creations. The best-in-show were picked because they prove that the boundaries of our future construction machines are seemingly limitless,” said Arvid Rinaldo at Volvo CE.

“Some of these designs look like they have come straight out of a sci-fi movie. We are at an exciting point in time for the industry and these models are actually not too far removed from what could be coming to our construction sites of the future.”

The ultimate winner was Vida András, a 27-year-old Romanian architect who created a concept for a self-driving construction machine dubbed the Volvo Rottweiler.

Incorporating a pneumatic drill, a 3D printer and a dozer, it is design to be able to work autonomously in hard-to-reach locations, and be cable of undertaking a wide variety of different construction tasks.

“To me, the design is not just about playability, it’s about really exploring the potential for future technologies,” said András.

“In my industry, 3D printing is one of the biggest trends at the moment, so I wanted to incorporate that into my model.” 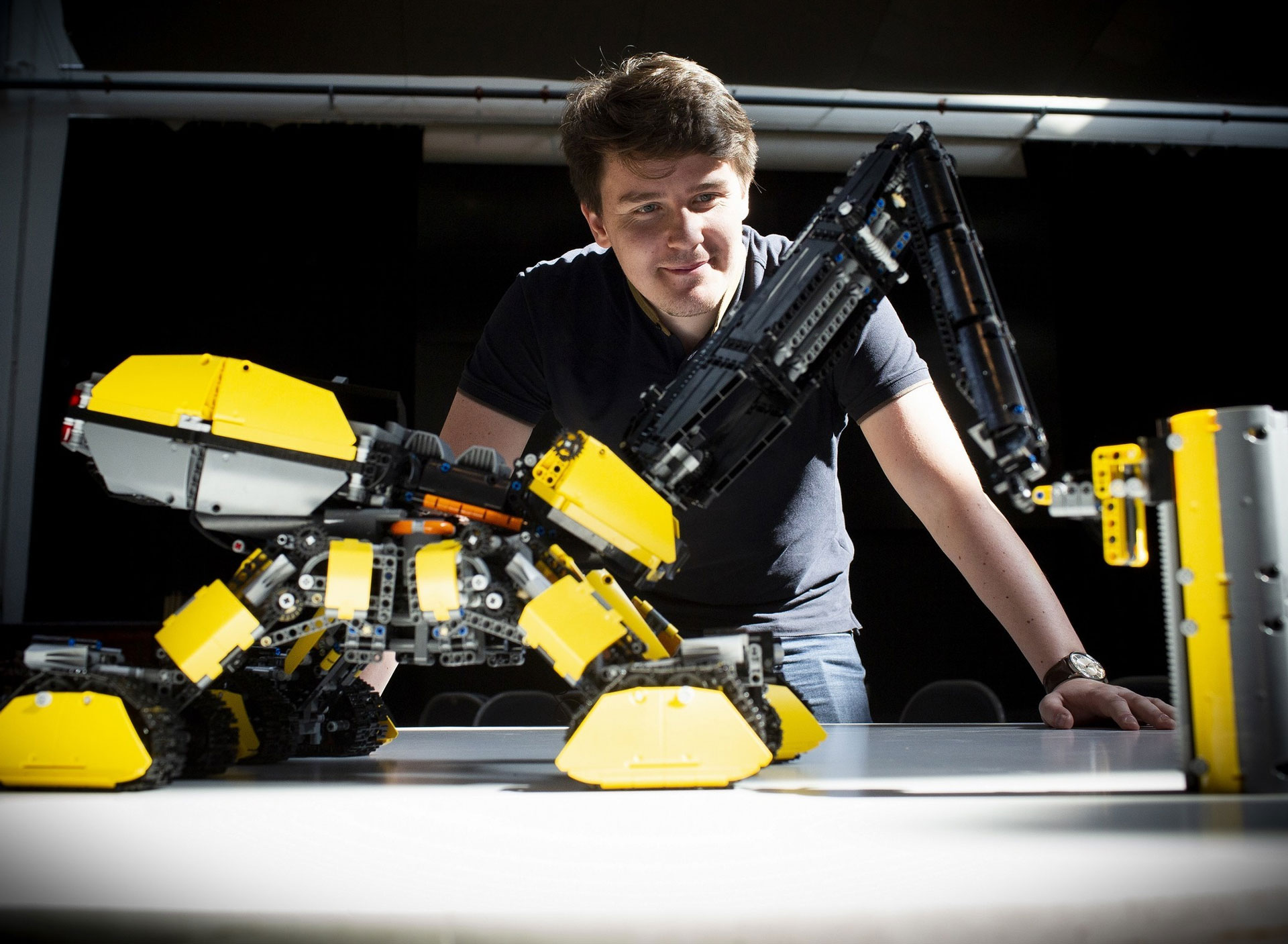 Winner Vida András with his design, the autonomous and multi-functional Volvo Rottweiler.

Other winning concepts included Volvo ICARUS, which functioned as an off-road mobile solar power plant, and Volvo Excavadrone, which was conceived to function both in the air and on land.

The winning concepts will be on show at London Transport Museum until 16 May as part of the FutuRE:BUILD exhibition.