An alternative satellite navigation system to Galileo has been suggested by engineering academics at a snip of the price of the EU project.

Galileo costs £9bn and the UK has contributed £1.2bn to the project, which is designed to act as a rival to the US’s GPS system and is due to launch in 2026.

UK Prime Minister Theresa May pulled the UK out of the Galileo project in November 2018, as the EU started to exclude it from security aspects of the development ahead of Brexit.

The UK would still have access to a basic signal from Galileo when operational, but cannot use the more precise military signal. 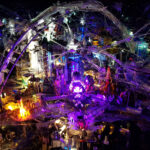 Space industry
Artists set their sights on Mars & Beyond 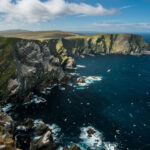 The system would also need complementary ground infrastructure for the UK.

They say it will cost around £300m and would meet the UK’s navigational needs in defence, aviation, maritime and location-based services for emergency and crisis management.

The researchers also claim the Galileo alternative would be five-times more accurate, to within 5cm.

Chatwin said: “Our system can use the GPS or Galileo free signal or both and augments it to give it a more accurate signal that is comparable to the encrypted military signal.

“The augmentation system has extremely accurate clocks so it provides an additional signal to the GPS signal and reduces the ambiguity of the location determination.”

He added: “We still depend on the US or the EU for their free signal. In the end this is a decision about sovereignty.

“If we still believe that we are an independent military power, then we’d have to find considerable resources to build our own GNSS system. We could call it Newton.”

Galileo alternative could be completed within a year

The experts say the setup could be completed in one year and would cost around three times the amount already earmarked by the UK Government for the feasibility studies alone of an alternative system, around £92m.

Construction of a new Global Navigation Satellite System is forecast to cost £7bn, but the UK’s annual space budget is only £370m.

Dr Lasisi, vice convenor of the UN’s International Telecommunication Union and former PhD student at the University of Sussex, added: “A partnership with Nigeria would have the additional benefit of signalling to the rest of the world that the UK has become a more outward looking economy after Brexit and opens up the opportunity for further scientific collaboration with the rest of the world beyond the EU.”