Having dominated sport in the 1990s, former football star George Weah is on the verge of reaching the pinnacle of Liberian politics.

Weah, the only African player in history to win the Ballon d’Or (Footballer of the Year) award, is waiting patiently for the votes to be counted and the Liberian election result to be announced.

After going toe-to-toe with fellow frontrunner Joseph Boakai, Weah appears to be the favourite to take over as the President of Liberia.

Should he secure the most votes, he will replace Ellen Johnson Sirleaf, Africa’s first female head of state.

It would be third time lucky for Weah, should he be elected. He also ran against Sirleaf in the 2005 election, while he served as Winston Tubman’s running mate in 2011.

Promising to bring change to Liberia, Weah’s campaign seems to have gone down well with voters. However, only time will tell whether he has done enough to secure the presidency.

In the run-up to the vote, Weah told supporters:

“The Liberia I dream of is one in which every one of its children, no matter the social status or ethnic background, can have an opportunity to succeed and a decent shot at a better life.”

The time between polling stations shutting their doors and the National Elections Commission (NEC) making an announcement has been plagued by fake reports of a Weah victory.

With the news that Weah had been elected President spreading, sports stars took to the internet to shared congratulatory messages with their former colleague.

“Congratulations to my dear friend George Weah who won the political election and became the new President of Liberia. I’m sure that the humble and generous man I met twenty years ago will be the perfect leader of the people of his beloved country.”

However, these messages are premature, if not entirely wrong.

A total of 20 candidates are still in the running. Until the NEC make an official announcement, Weah is just one of 20 that could potentially become the next president.

Although, the polls suggest that he has a strong chance.

In reality, it seems to be a two horse race between Weah, of the Coalition for Democratic Change party, and Boakai, of the Unity Party, who currently hold power.

According to the BBC, Weah is leading in 11 of Liberia’s 15 counties. However, the nation has yet to conclude the vote counting process.

Some publications are even anticipating a runoff vote. This will occur if no party reaches the required 50 percent share to win the Liberian general election. If this is the case, a second vote between Weah and Boakai will take place on 7 November.

George Weah: from striker to senator

George Weah is widely regarded as one of the best, if not the best, African football player of all time. He is currently the only player in history to win football’s biggest prize, the Ballon d’Or award.

The prolific goalscorer spent 18 years playing for some of the world’s biggest teams. He turned out for the likes of Monaco, Paris Saint-Germain, AC Milan, Chelsea and Manchester City. 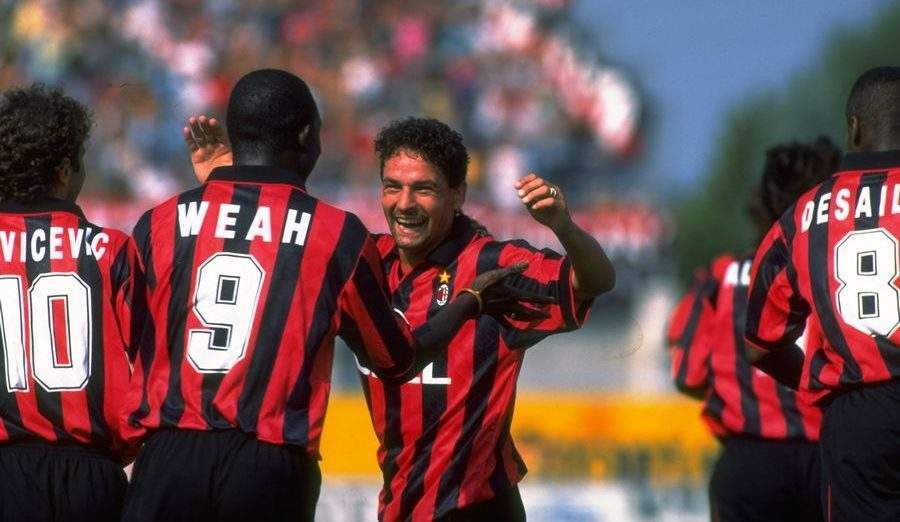 After dominating the sport in the 1990s, Weah called time on his career in 2003.

Two years after hanging up his boots, Weah opted to move into politics.

Following the conclusion of the Second Liberian Civil War, the football star announced that he would be running in the 2005 Liberian general election.

As an adored figure in the West African county, largely because his feet had put them on the map, Weah was popular among voters. Despite gaining 40.6 percent of the vote, he missed out to Sirleaf, as many felt that he lacked the political experience to lead the nation.

He has since set about changing that. He began campaigning alongside the Democratic Change party ahead of the 2011 election. However, he failed in a fresh bid to gain power.

Weah did eventually find his way into politics. Montserrado County elected him as their Senator in 2015, handing him the experience that he needed.

With experience under his belt and popularity on his side, will 2017 be Weah’s year?

Topics in this article: football