US search giant Google has announced it will ban advertisements for bitcoin, cryptocurrencies and so-call initial coin offerings (ICOs) starting in June this year.

This ban will extend to all unregulated or speculative financial products, including binary options and financial spread betting. ICOs are a way to crowdfund using cryptocurrencies.

In a blog post Google said those offering these kinds of financial products “will be required to be certified by Google before they can advertise through AdWords”.

The move is part of a wider crackdown on the marketing of this new breed of high-risk and less regulated financial products. Social media company Facebook took a similar step in January.

What are cryptocurrencies, stablecoins and CBDCs and how do they differ?

However, cryptocurrency ads soon managed to find their way onto Facebook, using a workaround popular with email spammers: changing spelling.

In a separate blog post Google boasted of the number of ads that it removed last year for violating its advertising policies.

In 2017, we took down more than 3.2 billion ads that violated our advertising policies. That’s more than 100 bad ads per second! This means we’re able to block the majority of bad ad experiences, like malvertising and phishing scams, before the scams impact people. We blocked 79 million ads in our network for attempting to send people to malware-laden sites, and removed 400,000 of these unsafe sites last year. And, we removed 66 million “trick-to-click” ads as well as 48 million ads that were attempting to get users to install unwanted software.

Between them Facebook and Google dominate the online advertising market. Data out last year suggested the two tech giants accounted for 73% of all US digital advertising, up from 63% in the second quarter of 2015.

The bitcoin price was largely unchanged after Google’s announcement. 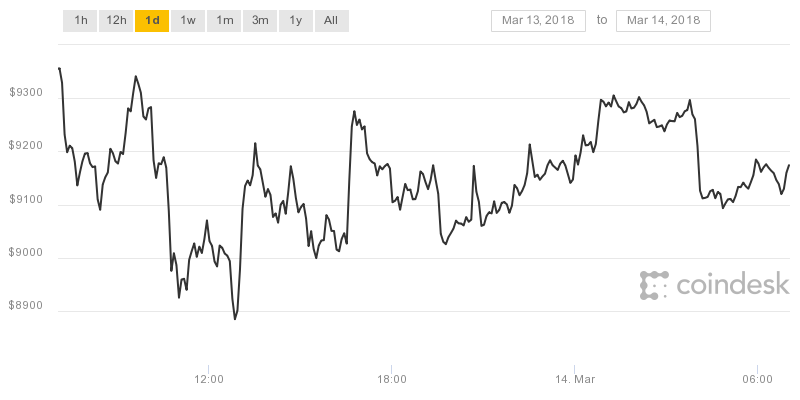 Bitcoin — along with other similar anonymous cryptocurrencies mainly used to buy and sell illegal items — and related ICOs have exploded in popularity over the past few years, promoting calls for increased regulation.

Since the trend of ICOs boomed back in 2017, there have been several horror stories about crypto scams. The UK’s Financial Conduct Authority issued a warning to consumers about the risks involved and for good reason.