Set in the heart of the Opera district, Paris’s shopping hub, the Hotel Banke Paris is a stylish retreat for guests who want to explore the city from its centre.

The grandeur of the Hotel Banke is immediately striking. Converted from a Belle Epoque-era bank, guests walk through wrought-iron and gold leaf-inlaid doors to a vast, circular foyer surrounded by black and red marble columns, passing an old elevator that acts as one of the few reminders of the building’s previous purpose.

The most impressive feature, however, is the detailed glass cupola that forms a giant skylight about 19 metres above visitors checking in.

The bank, a protected building in Paris, was originally designed by architects Paul Friesse and Cassien Bernard in collaboration with the engineer Gustave Eiffel. It was remodelled in 2009 to the form it is now in today.

While the original style of the interior has been maintained, decor in the bar and restaurant bring a more modern, kitsch update to the hotel. Jars of sweets sit by the check-in desk, while gold figurines of pineapples and rockets adorn the tables of the bar, reminiscent of Jeff Koons’ sculptures. Giant gold bulls’ heads are mounted on the wall above gold-covered sofas. In the restaurant, black and gold columns flank glass jars of curiosities.

Subtlety is not in favour in this hotel, but it manages to tread the line between gaudy and stylish, and the modern additions strangely compliment the more classic frame of the building. 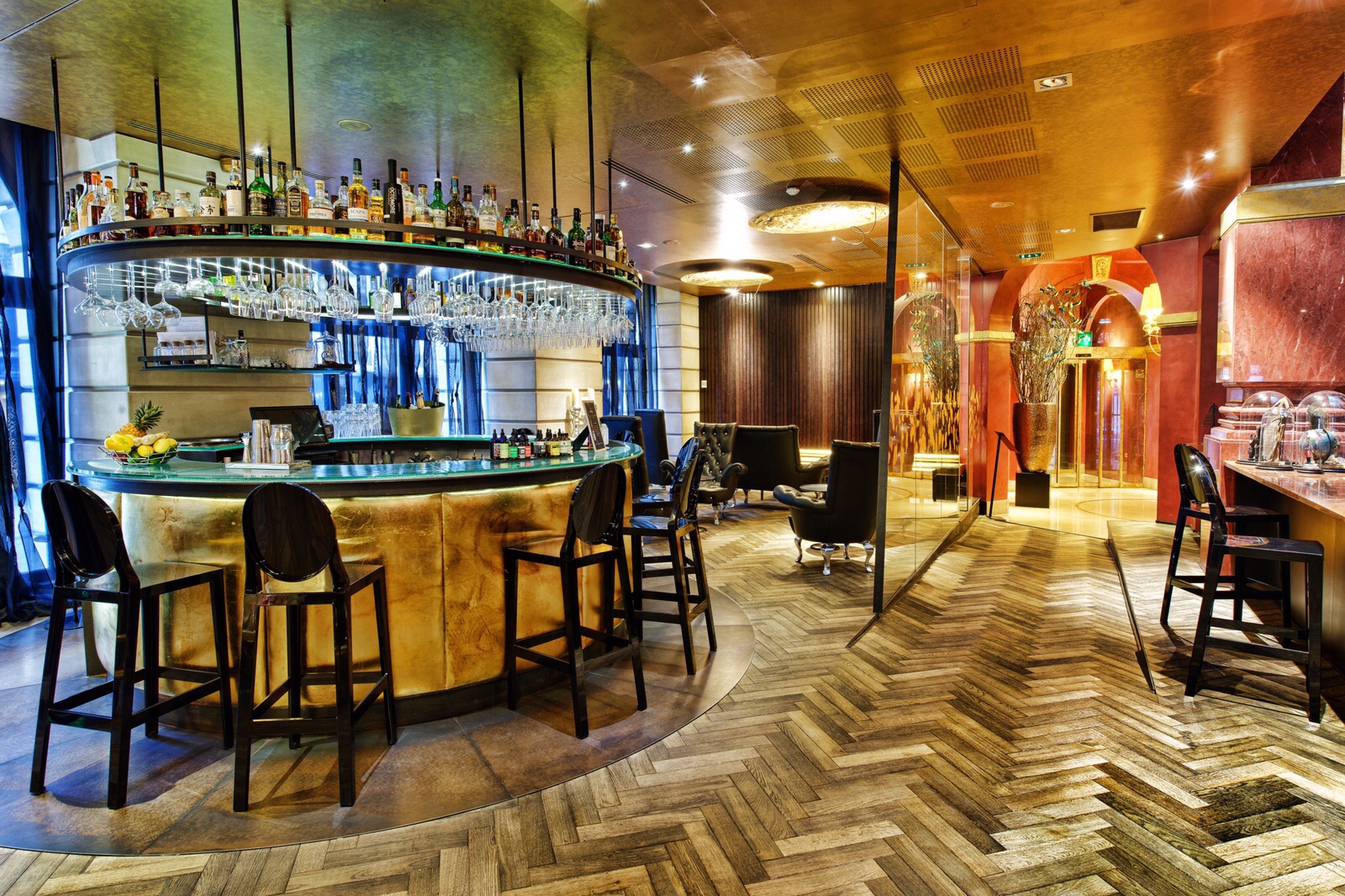 The only place seemingly at odds with the glamour of the hotel’s general aesthetic is the subterranean Banke Restaurant where breakfast is served. White and simple, it is a departure from the luxury upstairs, though attentive and helpful staff still make eating there a pleasant experience.

Indeed, the staff throughout the hotel are all extremely warm, friendly and helpful and were more than happy to assist with any and every request, including arguing with taxi drivers who refuse to move their possessions from the front seat.

The rooms too are modern, designed in the Haussmann style with views overlooking the la Fayette or Pillet-Will streets below.

Mine featured a black tiled bathroom, a smoked glass wardrobe and framed prints. A bottle of wine and selection of chocolates awaited my arrival, as well as a trail of rose petals spelling ‘Paris!’ on the bed, which led the bellboy to congratulate my sister and I on our engagement. Nespresso machines and White Company toiletries are offered as standard, as well as a wall-mounted television with a range of international channels.

The hotel’s owner is an art-lover, and each floor contains a small display of jewellery from around the world set in glass compartments, while some of the rooms also contain ornamental pieces.

In terms of location, you would be hard pushed to find a better connected area.

The hotel is within walking distance from Boulevard Haussman and the Galeries Lafayette, as well as tourist attractions such as Jardin des Tuileries, Théâtre des Champs-Elysées and Musée du Louvre. 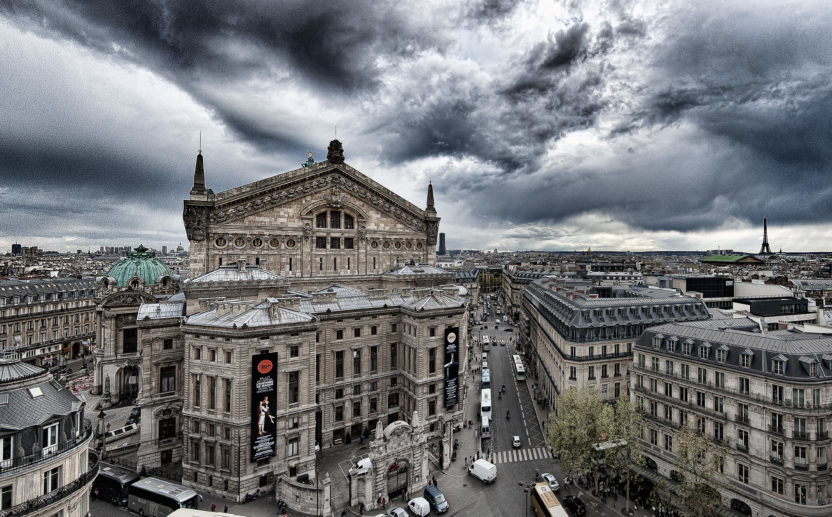 Several metro stations are also only minutes away on foot, providing easy access to the rest of the city.

Double rooms at the Hotel Banke Paris are available from €275 (£239.50) year-round. Superior rooms and breakfast are available at an additional cost of €29 (£25) per guest.