However, the IFR’s findings, published in the World Robotics Report 2018, showed that much of this growth has been fuelled by China where demand soared by a staggering 58%.

Nevertheless, demand also grew in the West, rising 6% in the US to around 33,000 industrial robots, and 8% in Germany with approximately 22,000 units sold.

“Key trends such as digitalisation, simplification and human-robot collaboration will certainly shape the future and drive forward rapid development.” 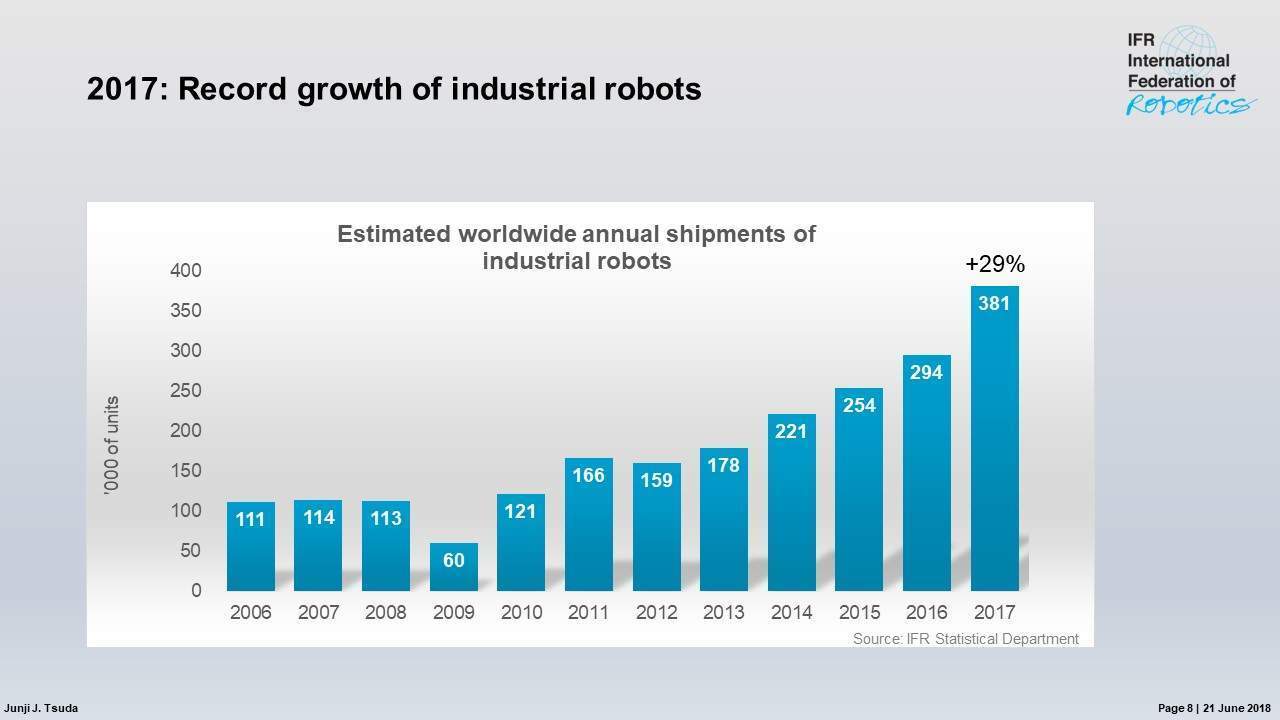 Much of the growth has been produced due to the increased use of robotics in a small number of key industries.

The metal industry has seen the biggest rise of adoption of industrial robots in 2017, with 54% growth.

The electronics industry has also seen a surge, rising 27%. This is likely due to growing wages in China, prompting more companies in this sector to automate parts of their industrial processes.

Also of note is the food industry, which has seen worldwide growth in the adoption of industrial robots at 19%. 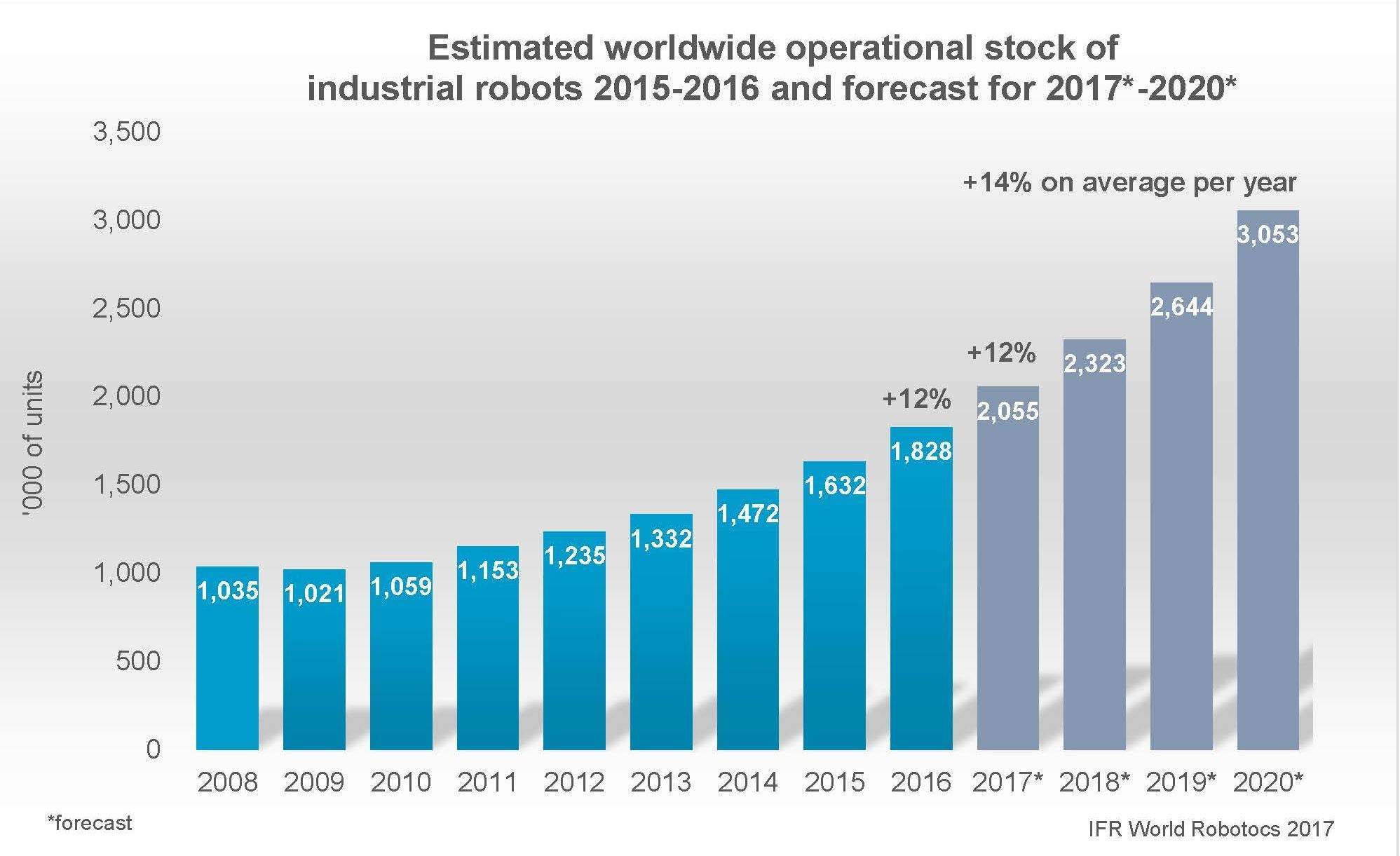 Industrial robots to double by 2020

Adoption of industrial robots shows no signs of stalling and is only expected to become more widespread in the years ahead. By 2020, the IFA anticipates the worldwide total of industrial robots in operation to top three million, which would be twice the levels of 2014.

In many cases, this will require human workers to increasingly collaborate with their robotic colleagues, prompting the IFA to call for a greater focus on training to support this changing work environment.

“IT-like robotics process automation is by far the biggest contributor in transforming people’s jobs,” said Tsuda. “Companies and governments must collaborate to ensure workers have the skills that the technological change requires.”