Over the next five years, mobile operators in Ecuador will add a combined 2 million subscriptions, driven by the increasing adoption of smartphones and gradual expansion of wireless connectivity across the country.

According to estimates, this will take the country’s total mobile subscriptions to 17.5 million by the end of 2023.

4G accounted for 37% of total mobile subscriptions in 2018 and will surpass 3G as the leading mobile technology in 2019, the GlobalData report said. 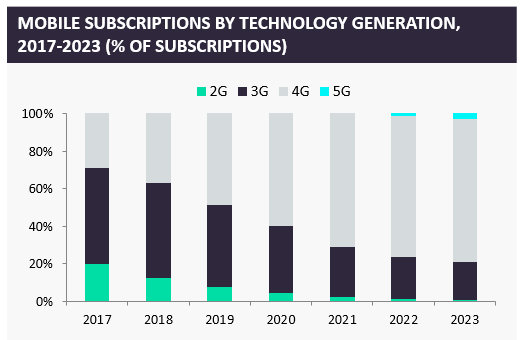 For example, Claro launched LTE-Advance services in April 2018, which offers up to 50% higher browsing speed than 4G LTE for services such as online games and streaming videos.

The network is initially available for users in Ambato, Babahoyo, Quito, Guayaquil, Machala, Ibarra and Quevedo.