There’s no shying away from the fact that food delivery platforms are suffering. A quick glance at the shares of Uber Eats, Deliveroo and Just Eat depicts an industry in obvious decline.

The value of Just Eat’s shares has more than halved since the start of the year, the price dropping from £4,076 in January to £1,596 at the beginning of August.

However, throughout 2021 and early 2022, even as countries began to re-open on-premise dining, data shows consumers continued to order in.

Sixty-eight per cent of consumers said they used food delivery platforms to order food and drink at least once a month, which made it the second most frequented channel behind supermarkets, according to GlobalData’s 2022 Q2 global consumer survey. 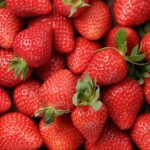 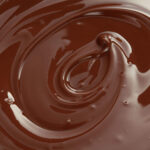 Analysis
World Chocolate Day deals: the best offers from around the world

However, as the year progresses on and society continues to come further out of the pandemic, the millions of cooped-up customers turning to food delivery services is expected to decrease.

On top of this, a cost-of-living crisis and the threat of a looming recession have encouraged households to look at ways to reduce costs.

GlobalData’s 2022 Q2 global consumer survey showed that 70% of people globally reported being extremely or quite concerned about the impact of inflation on household budgets.

“Takeaways are among the main expenditures consumers plan to curb at 61%,” Noohukhan says.

But despite these obvious challenges and the strain on market leaders’ overheads, many continue to see a bright future.

When Verdict reaches Just Eat to ask if inflation and the rising cost of living would continue to affect their business negatively, they answer confidently.

“Interestingly, if we look at consumer behaviour in the past 22 years that we are active in food delivery, it has never really shown a big impact from inflation or recession,” a Just Eat spokesperson tells Verdict.

Adding: “Ordering in is usually not seen as a luxury by consumers, the main driver for takeaway orders is simply saving time.

“A material driver for us as a business is to increase the market penetration, we believe there is still a lot of room for growth in most markets.”

Xian Wang, VP of retail insight at Edge by Ascential, echoes the company’s positive outlook, telling Verdict: “Increased living costs are likely to lead to fewer orders and lower spending, which certainly does pose a threat to food delivery services in the immediate term, but we believe that the longer-term picture is positive.”

Although some remain positive about the future of the industry, analysts believe platforms must adapt in order to stay afloat during upcoming tumultuous times.

Hannah Cleland, analyst at GlobalData, tells Verdict that while consumers will continue to enjoy a convenience-driven treat meal in favour of cooking from scratch, they’ll increasingly look for cheaper ways to indulge.

“At surface level, techniques such as opting for collection or pick up and ordering direct from the brand (where there are no additional third-party fees) put delivery aggregators in a difficult position,” Cleland says.

“However, a focus on a more modern and sustainable way of covering ‘last mile’ delivery can provide some solutions,” she argues.

“Cyclist couriers for instance alleviate fuel cost pressures, whilst drone delivery in the face of an industry labour shortage is an attractive alternative.”

Cleland also suggests pick-up lockers, which are currently being used by restaurant brands, could “make the delivery process more efficient for drivers and cheaper for customers.”

Wang believes the new wave of grocery delivery platforms like Gorillas and Getir will be impacted less by tightening purse strings than longstanding takeaway platforms.

She believes platforms like Just Eat and Deliveroo will begin increasingly setting their sights on the grocery market.

Wang also argues that there will be an overlap between established retailers and quick ecommerce startups.

Many platforms already seem to be backing up this insight, with Tesco teaming up with delivery service Gorillas and Uber partnering with Carrefour.

Cleland concludes: “Delivery aggregators disrupted the industry for providing a convenient modern solution for businesses and consumers, so it seems likely their continued survival will hinge on keeping up with modern delivery trends.”