The artificial intelligence (AI) revolution has been discussed — first by sci-fi authors and philosophers — and now by economists, business people, and politicians, for a long time.

It has been suggested by the likes of Microsoft founder Bill Gates, Tesla’s Elon Musk, and physicist Stephen Hawking, that AI is a potential threat to humanity.

Before we get to the stage where AI could pose an existential threat to life on Earth, we are faced with the changes AI and automation will likely bring to the work place and to the jobs people are paid to do.

It is widely expected that AI will lead to humans losing what could be referred to as both blue-collar and white-collar jobs — making it a more significant shift that the industrial revolution of the early 20th century (though here may be some silver linings).

However, new research carried out by Verdict and GlobalData, suggests that while people are expecting the AI and automation revolution to happen soon, most seem to be unconcerned about how it will affect them.

You can view the full data in Verdict’s new digital magazine on AI, called Verdict AI.

There will be a lot more investment in AI in coming years, according to the survey results.

There is already a huge amount of money around the world being poured into AI. In just the past few days we’ve heard from China’s Alibaba as well as Japan’s SoftBank about their plans for AI investment.

However, it would appear from the survey there will be a whole lot more investment into AI in coming years. 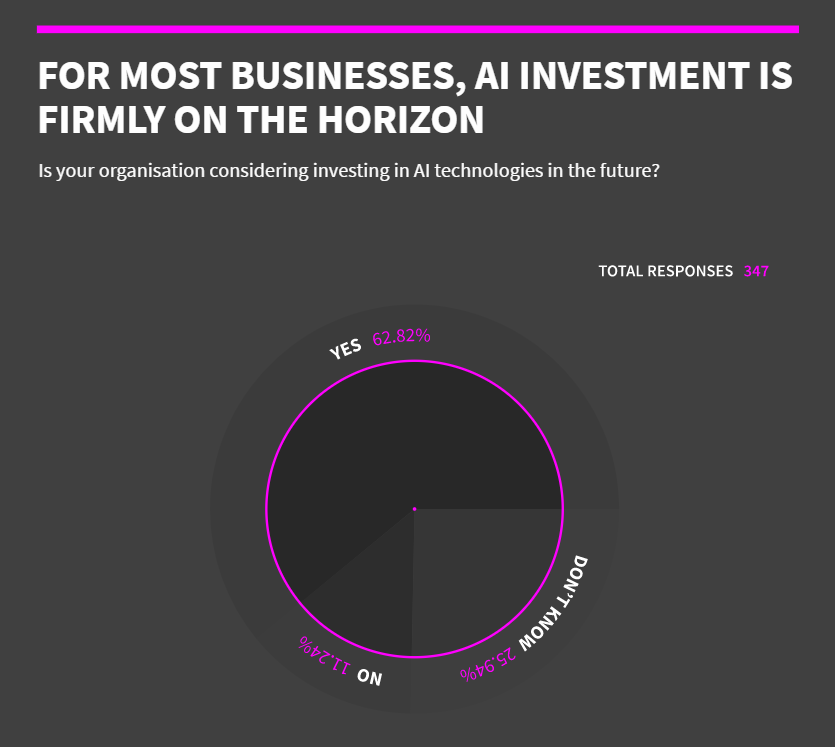 Of that investment that is already happening, the majority of going into so-called machine learning — that is giving computers the ability to learn without being explicitly programmed.

While there has been a huge amount of hype around driverless cars, due to the small number of companies that are expanding into autonomous vehicles there were fewer respondents who indicated investment was going to the area. 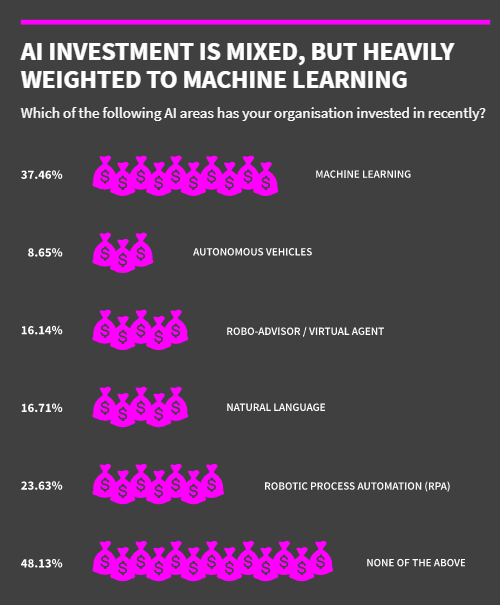 While there have been repeated warnings that automation is going to wipe out jobs across the board people responding to the survey were remarkably sanguine about their individual prospects.

According to research out earlier this year from the Institute for Spatial Economic Analysis almost every major US metropolitan area will lose the majority of its jobs to automation in the next 20 years.

Meanwhile, a report by the consultancy firm PwC found that 30 percent of jobs in the UK are potentially under threat from breakthroughs in AI within the next 15 years, and in some cases 50 percent of jobs could disappear. 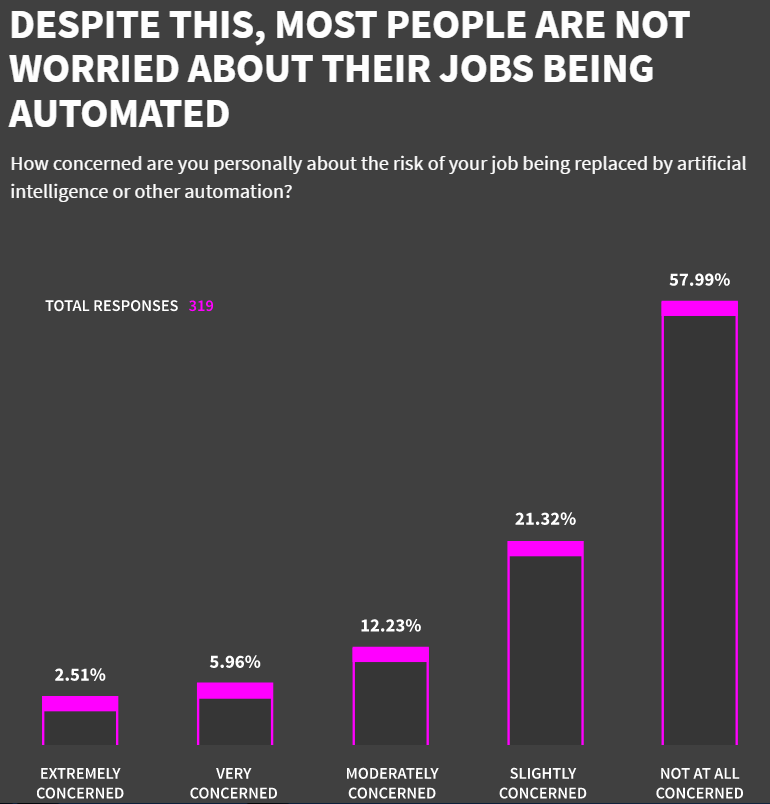