In recent years licensing deals have dominated the pharmaceutical industry.

Taking into account the growth in research and drug development in 2016 and notably in 2015, licensing deals will continue to shape the deal making landscape. 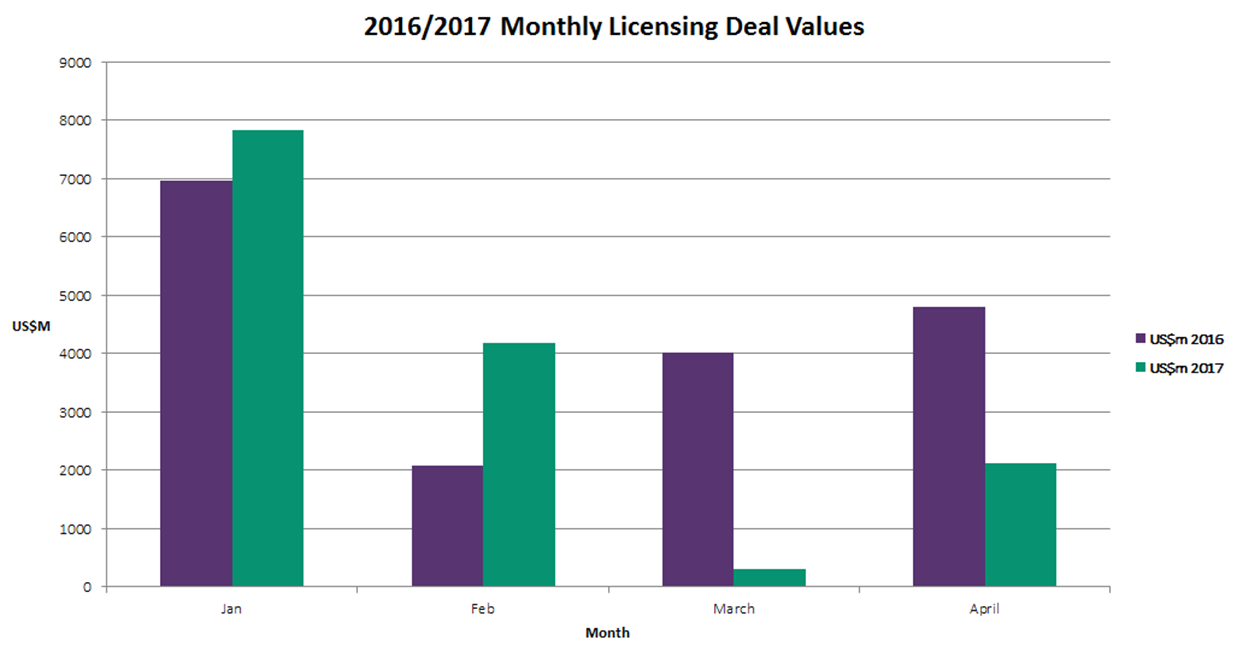 More licensing deals mean these companies are positioning themselves for growth, by diversifying in order to increase their market share.

In both the first quarters of 2016 and 2017, the number of licensing deals within the oncology space dominated.

This is in line with 2016 predictions of a surge in cancer research and development in 2017.