Researchers have shown how it is possible to create a lithium-ion battery that can charge in minutes but still operate at a high capacity.

The discovery could improve battery performance across an array of technologies, such as electric vehicles, portable electronics and solar grids.

Scientists at the Rensselaer Polytechnic Institute, New York, did so by improving materials used for the electrodes, parts of the battery that facilitate charging and discharging.

They found that substituting part of the battery for a different material, vanadium disulfide (VS2), successfully improved its efficiency.

“It gives you higher energy density, because it’s light. And it gives you faster-charging capability because it’s highly conductive. From those points of view, we were attracted to this material,” said Nikhil Koratkar, professor of mechanical, aerospace, and nuclear engineering at Rensselaer, and corresponding author of the paper.

Scientists have known about the benefits offered by VS2 for some time, but have struggled to overcome the material’s instability, which leads to a shorter battery life.

The study, published in the scientific journal Nature Communications, shows how the Rensselaer researchers identified the cause of the instability problem and found a way to solve it.

They discovered that inserting lithium triggered a distortion that broke up the VS2 flakes and caused instability in the battery.

To prevent this from happening, the team covered VS2 flakes with a nanolayered coating of titanium disulfide (TiS2). This stabilised the VS2 flakes and therefore improved the battery’s performance. 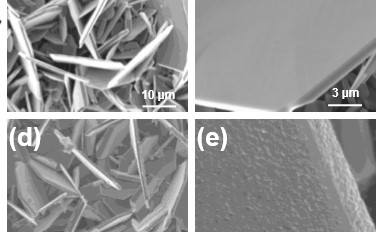 Materials research — published in Nature Communications — makes possible lithium-ion batteries that can charge in a matter of minutes but still operate at a high capacity.

“This was new. People hadn’t realised this was the underlying cause,” said Koratkar, who is also a professor in the Department of Materials Science and Engineering. “The TiS2 coating acts as a buffer layer. It holds the VS2 material together, providing mechanical support.”

The results were electrodes that could still store a lot of charge for their size, which means batteries could be more compact.

Because the VS2-TiS2 combination is electrically conductive, the electrodes can maintain a reasonable capacity during faster charging.

Read more: How Arsenal’s battery system can power the Emirates for 90 minutes