L’Oreal said that the landmark acquisition would “reinvent the beauty experience” and push the frontiers of AI and augmented reality in the beauty industry.

This acquisition is part of the L’Oréal Group’s digital acceleration strategy, one of the goals of which is to provide its 34 international brands with the most innovative technologies in terms of services and beauty experience.

Modiface, which has carved out a niche as the go-to for beauty augmented reality, employs 70 engineers, researchers and scientists and have released 200 scientific publications and registered over thirty patents over the past ten years, according to L’Oreal.

These applications are today used by most of the big players in beauty.

ModiFace will remain in Toronto and be part of L’Oréal’s Digital Services Factory, a network dedicated to the design and development of new digital services for the group’s brands alongside the beauty brands researchers, they added.

Innovations in beauty tech are on the march, with beauty shoppers increasingly using smart phone apps, such as the Sephora app, to experiment with new make-up and shades, in what is seen as the future of beauty trends for the next generation.

As L’Oreal’s online sales gain speed, they have joined other make-up brands like Maybelline, Covergirl and Rimmel to expand their digital strategy by launching their own apps that use  use facial recognition and augmented reality to paint lipstick on your lips and eye-shadow on your eyes.

Modiface’s founder and CEO is Persian University of Toronto professor and entrepreneur Parham Aarabi who specialises in internet, AV and imaging and has a PhD in Electrical Engineering from Stanford University.

The L’Oreal share price, which is listed on the Euronext Paris exchange, was up slightly following the announcement. 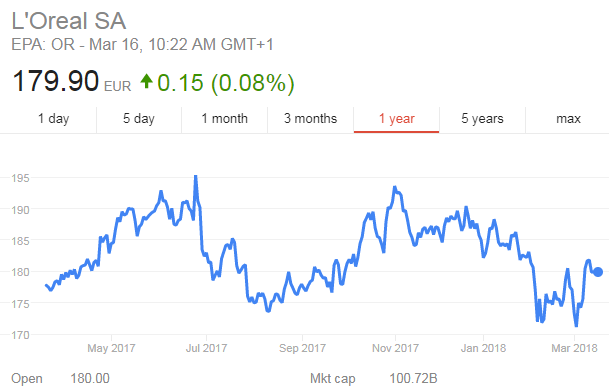 Using digital twins to fortify supply chains against the next crisis

Verdict Magazine 2020 highlights: A year of disruption and innovation

Ecommerce predictions for 2021: Seven experts have their say