Imagine being so stressed out that you blow £1m on a holiday.

Well some people clearly are that stressed, because they’re doing just that. And no, you can’t even bring along the whole family for that hefty price tag. That’s only the price for two people.

The package holiday, costing £1m ($1.32m), does however offer guests the chance to get up close to 18 endangered species, across 12 countries, over 111 days.

From Northern White Rhinos to Bengal Tigers, the trip puts guests in the habitats of some of the most endangered species in the world.

Destinations include Antartica, the Galapagos Islands and Borneo to name a few, and the trip is aptly named Journey to Nature’s Edge.

Natural World Safaris change their destinations depending on the time of year. Source: naturalworldsafaris.com

For busy professionals who work more and more, they want the few trips they do take to really push the boat out. Guests don’t have to do the whole trip in the 111 day chunk, they can split it up into shorter blocks throughout the year.

The accommodation isn’t the full bells and whistles, despite what you might expect from the price tag.

In Antarctica, guests stay in Whichaway Camp, an eco-camp of small pod-like cabins powered solely by wind and solar power. The most luxurious amenities are communal showers and composting toilets.

However Bolsover insists that these features all provide guests with a more authentic experience.

Guests fly out to the locations in first class, but when they are on the ground they are adventuring. It is more about the amazing memories they will have.

The facility has no showers and guests stay in -30 degree Celsius conditions, all in the hope of catching a rare glimpse of a snow leopard.

According to Bolsover, the unique experience is what big-spending holidaymakers are looking for.

“Luxury travel is getting more adventurous than ever before,” explains Bolsover, “and that’s what people want.”

“We once had some clients who were driving down a road in a rainforest on one of our trips. They got stuck and were there overnight until a tribe of pygmies, who were travelling through the rainforest, dug them out with homemade shovels.”

Instead of being furious for the inconvenience, the guests were apparently excited at the adventure.

“They had a great story to tell, so were thrilled” says Bolsover.

Why is this trip so expensive?

The price tag wasn’t plucked out of thin air, Bolsover assures us.

“You have to charge at the level where you know you can deliver what the guests are after,” says Bolsover. “The £1m price tag is just what this trip costs.”

However this is not the most expensive trip in the world. A trip to all 962 UNESCO World Heritage Sites would set you back over £1.5m.

Another new trip from company DreamMaker, which was unveiled recently, costs £11m and sees guests racing around the world on private jets to 20 cities in 20 days. 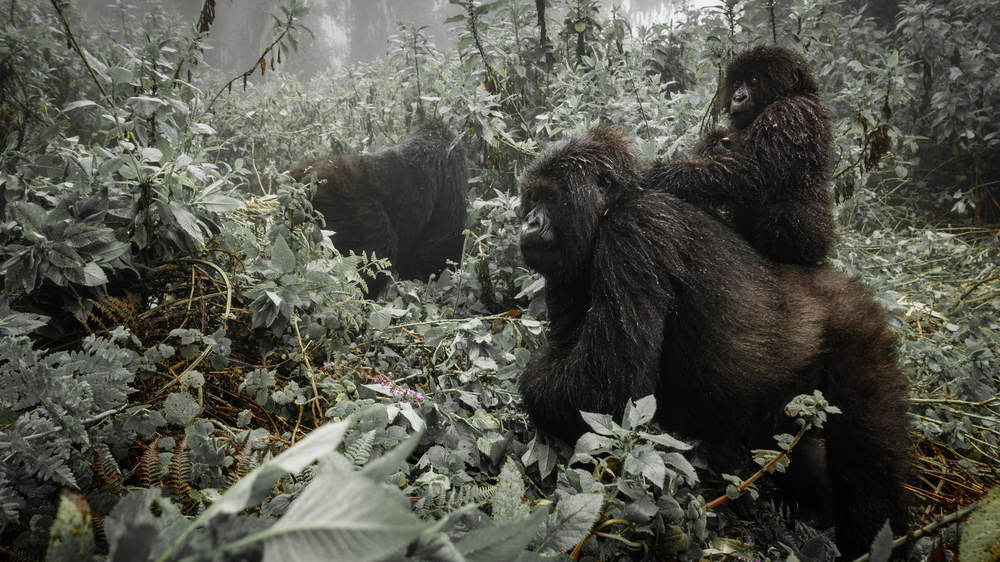 Conservation is a key part of the price tag

Giving back to the planet is a huge theme of the Journey to Nature’s Edge trip.

Ten percent of the fee, a huge £100K, goes to local conservation projects in the areas guests visit.

“You can’t just travel to places and take,” explains Bolsover. “It doesn’t matter where in the world you visit, you need to give back or you will just be destroying that place.”

A decade ago there were only 240 mountain gorillas left in the world.

Thanks to the eco-tourism project that has been built up around them, with the support of Natural World Safaris and the funds they raise, that number has now increased to 850. These kind of large donations clearly do help make a difference.

If you have a spare million quid lying around, and want to give back to the planet, then this is the trip for you.

Topics in this article: Lifestyle, Travel