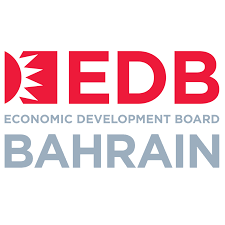 At a time when millions are staying home in isolation due to the Covid-19 pandemic, the gaming industry is witnessing a major surge in users – and associated interest from e-sports gaming fans.

Many involved with gaming, as well as those who wanted to know how to get into e-sports, flocked to the industry this year. According to new statistics, the Middle East and North Africa (MENA) region is at the forefront of these developments, with Arabic language Twitch streams more than doubling during March and April. Additionally, according to a report by Cheesecake Digital, YouTube has seen a substantial increase in viewership from just over one million hours watched in February to three million in March. This is in large part thanks to streamers operating from MENA, including one Bahraini who notched up 911,000 hours of viewership alone while streaming Minecraft.

The gaming industry’s rapid momentum and strong foundations have helped to carry it through the economic fallout of Covid-19 – most notably in MENA. Prior to the pandemic, the region was already involved in the robust development of a gaming ecosystem, boasting the fastest-growing online gaming population in the world at 25% year-on-year growth. Bahrain has been one of the most significant players, emerging as a regional gaming and ICT hub as it seeks to diversify away from hydrocarbons. This has driven a continued focus on nurturing start-ups through progressive regulation, as well as public-private partnerships with global digital infrastructure providers such as Amazon Web Services. The cloud provider opened its first Middle East data centre in Bahrain last year, resulting in several games firms quickly shifting their regional servers to the Kingdom to take advantage of increased speeds and lower latency.

Level up in Bahrain

The Kingdom is a hyper-connected test bed ecosystem where game developers can thrive. Initiatives launched in recent years include Unreal Bahrain, which seeks to put some structure around the gaming community in order to provide a robust environment for developers and to promote innovation. We are responsible for numerous international initiatives, such as supporting developers in showcasing their games at local and regional events, and have partnership agreements with local government organisations and academic institutions.

Additionally, local accelerators such as Flat6Labs are also interested in game development. In 2019, Flat6Labs in partnership with Unreal Bahrain sponsored a boot camp, with a special category prize of more than $32,000 for the team judged as having the most potential to succeed. Finally, Bahrain Polytechnic offers a game development course, supporting the growth of education and knowledge in this rapidly expanding vertical.

According to a recent white paper from leading internet company Tencent and PUBG Mobile – one of the region’s most popular mobile games – the MENA gaming market will be worth $6bn by 2021, up from $4.8bn in 2019. The Arabic gaming surge comes amid a global gaming boom during the ongoing health crisis. In March, Steam, the largest PC gaming platform in the world, announced a new record of more than 20 million players gaming or chatting on the platform at the same time. In that same month, data from Verizon showed gaming traffic in the US was up 75% since the quarantine began, while in Italy, one of the countries hardest hit by the pandemic, Telecom Italia saw a 70% increase in its landline traffic, which it attributed in large part to gaming industry phenomenon Fortnite.

Now, the market has the potential to really explode as Bahrain and other Gulf Cooperation Council nations seek to capitalise on that growing international interest. As countries across the region diversify their economies, more investment will encourage new ideas and skills to flow in from all corners of the globe. With a market set to be worth $6bn within a year, it is no surprise that MENA is the ideal place to level up.

Written by Yousef Buhazza, founder of Unreal Bahrain and vice-chairman of the Bahrain Internet Society.

Disclaimer: The views and opinions expressed in this article are those of the author and do not necessarily reflect the official policy or position of the Bahrain Economic Development Board.