Mid-market players Marks & Spencer and Debenhams stand to gain the most from the planned closures of 31 House of Fraser stores, should landlords accept its proposed Company Voluntary Agreement.

While M&S has its own well-documented problems, shoppers who buy clothes from House of Fraser are more likely to also shop at M&S for clothes than any other retailer and so has the best opportunity to gain market share, followed by Debenhams.

If House of Fraser goes ahead with plans to reposition the remaining stores with a more luxury offer then the impact will be greater as its mid-market shoppers may look elsewhere. 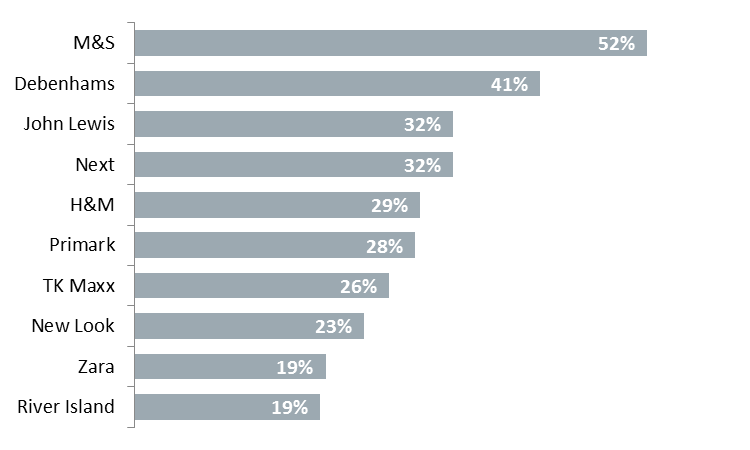