Netflix executives probably felt pretty happy with their company’s recent $100 billion valuation but did it get there fair and square?

The streaming service’s top executives won multi-million dollar bonuses for easily-achievable goals and they did so, a new law suit alleges, to avoid paying tax on executives’ pay.

The City of Birmingham Relief and Retirement System pension fund, a Netflix shareholder, is suing the company over the bonuses.

The suit alleges that Netflix paid executives massive bonuses to take advantage of a loophole in tax law. That loophole no longer exists.

According to legal documents quoted by Deadline Hollywood:

Through their conduct, Defendants rigged the compensation process, guaranteeing Netflix officers huge cash payments while misleading investors into believing that these payments were justified by attainment of real performance goals.

We intend to respond to these claims at the appropriate time.

Investors don’t seem too concerned by the lawsuit. The Netflix share price has doubled since the middle of last year and added 2% yesterday. 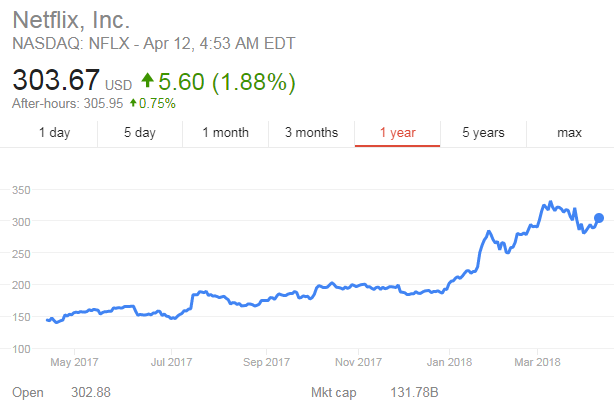