The convergence of fixed and mobile services (FMC) enables telecom operators to provide services from two traditionally separate sectors with a single bill to end users. FMC can act as an acquisition tool; operators can also lower churn due to the inconvenience of disconnecting several services. There are also potentially significant network and cost synergies between fixed and mobile businesses that convergence can bring for operators who already have both.

The market generally develops in five phases, starting from simple cross-selling, followed by mobile cross-selling into families, cross-selling intensification before transitioning to converged customer acquisition and convergence leadership through innovation. Major North American operator offerings are at a more advanced phase of evolution, while operators in Latin America have developed bundles that are usually based on the simple cross-selling approach. 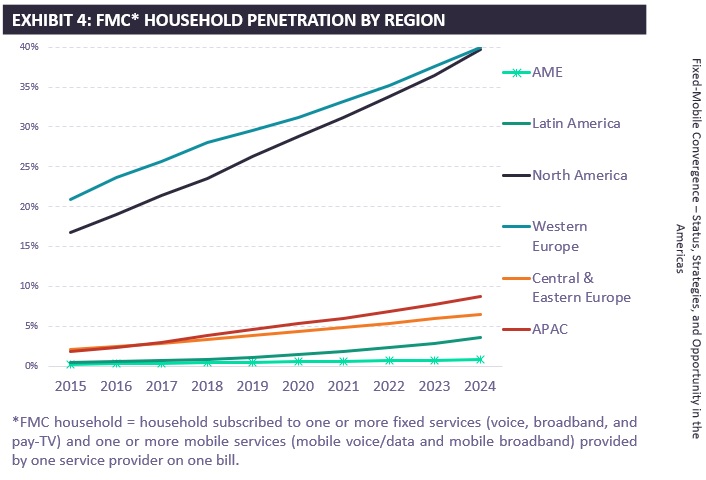 First metaverse wedding to take place in India in 2022