The world’s largest sovereign wealth fund has made its first unlisted real estate investment in Asia as it looks to new horizons for better returns.

The Norwegian wealth fund — which funnels the revenues from Norway’s oil and gas production into international stocks, bonds and property — invested $1.9 billion in unlisted real estate in 2017 and is focusing on ten locations around the world which it considers good bets for growth.

London has meanwhile overtaken New York as the top destination for the Norwegian wealth fund’s unlisted real estate investments, according to a report published today by Norges Bank which manages the fund.

In London the fund is the co-owner of Regent Street, in France it owns properties on the Champs-Elysees, and in New York on Hudson Square.

According to the fund the highlight of 2017 was its first investment in Asia where it acquired a 70% interest in five properties in Tokyo, in December.

At the end of the year, the fund’s unlisted real estate investments were split between three continents for the first time – Europe, the US, and Asia.

Our Tokyo investment was in line with our strategy to build a global portfolio of high-quality assets that we believe will produce good long-term return. 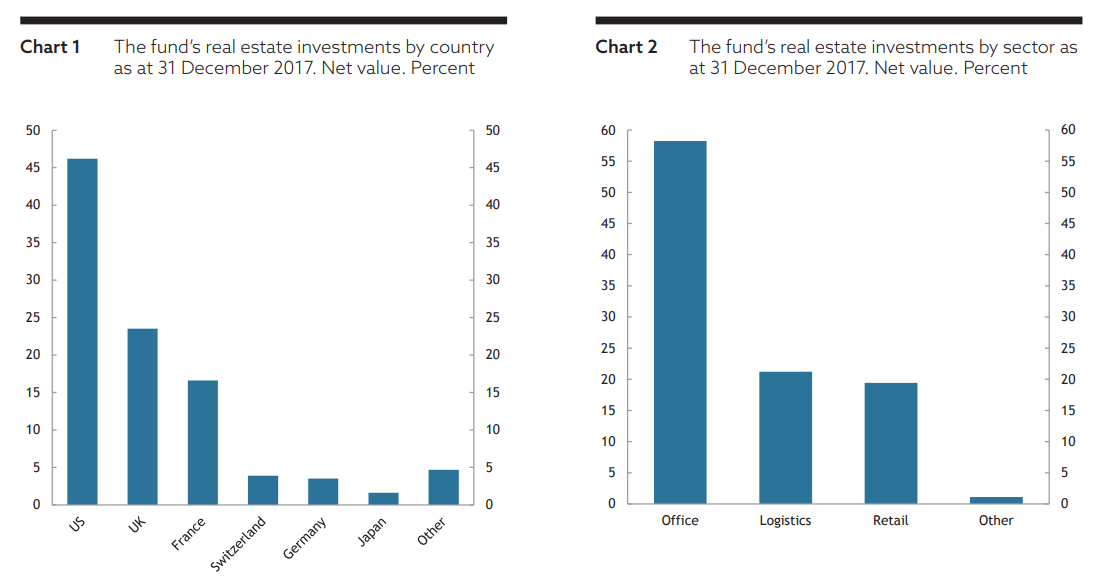 On the UK property market the fund wrote in its report:

Office occupancy levels in London remained relatively stable with the exception of a few submarkets. City and Docklands saw vacancy rates rise to 6% and 8% respectively.

Vacancy rates in the West End, Southbank and Midtown were between 3% and 4% and saw declines between 0.2% and 1% points.

Having adjusted in the six to nine months following the Brexit vote, office rents remained stable or improved in most London submarkets. 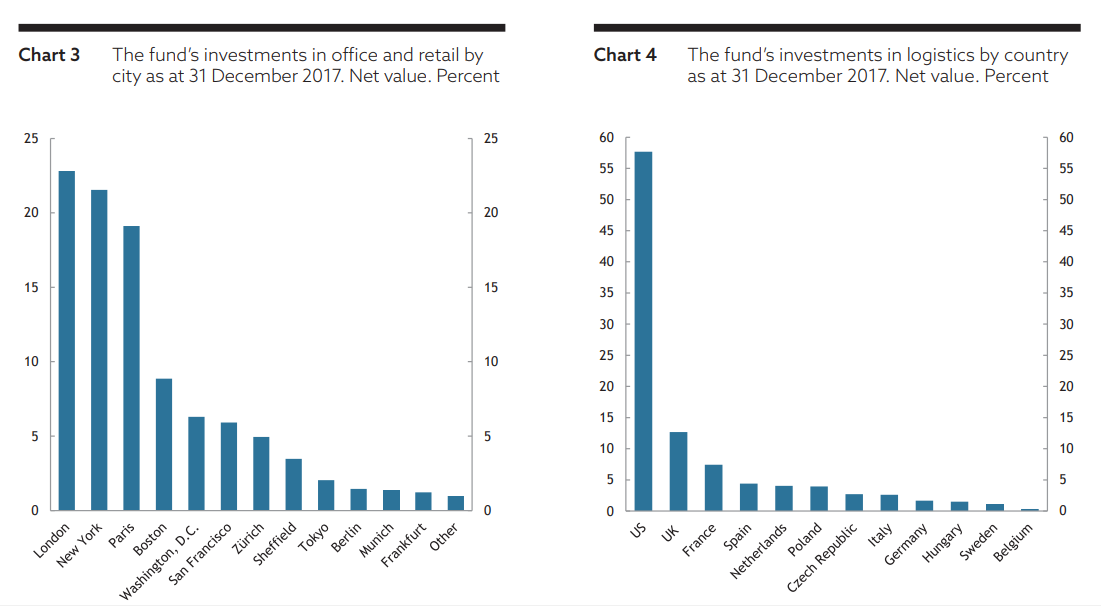 There are fears that the booming London real estate market will slow due to the UK’s decision to leave the European Union — set for March 2019.

Last week figures from Halifax highlighted how the UK property market is slowing. It said the annual rate of house price growth has fallen to 1.8%, its lowest level for almost five years.

On the Germany market it wrote:

The German market In Germany, Berlin recorded 9% annual rental growth, the highest among the large office markets in Germany for the second consecutive year.

Munich was the second best performing metropolitan area of the larger German cities, with a 4% rise in rents. In the high-street retail market, rents declined 4%-5% across most major German metros during the third quarter, but stabilised in the fourth quarter after strong growth in 2016.