Niantic, the creator behind Pokémon Go, plans to take on Meta’s metaverse vision armed with a new $300m funding round that gives the scaleup a $9bn valuation. However it isn’t clear that Niantic aims to really do anything new, prompting the thought that “the metaverse” may be just another empty buzzword.

US-based augmented reality (AR) company Niantic was founded in 2010. It now plans to make a new mark in the nascent next-generation iteration of the internet by essentially doing what it’s been doing for years – developing AR technology.

“We’re building a future where the real world is overlaid with digital creations, entertainment and information, making it more magical, fun and informative,” says John Hanke, Niantic’s founder and CEO. Niantic’s best-known achievement was the Pokémon Go AR game of 2016, developed in partnership with Nintendo, in which players could hunt for virtual Pokémons in the real world using networked devices such as phones.

Niantic’s new “real-world metaverse” will partly be powered by Niantic’s recently launched Lightship platform, which enables developers to create their own AR creations.

The Pokémon Go developer is hardly alone in jumping on the metaverse bandwagon.

Facebook, which renamed itself Meta in November to highlight its focus on the metaverse, has so far made no fundamental changes to its business model, apart from creating a new parent company for its different platforms.

“In the coming years, I expect people will transition from seeing us primarily as a social media company to seeing us as a metaverse company,” CEO Mark Zuckerberg told The Verge in July. “In many ways the metaverse is the ultimate expression of social technology.”

The Zuck’s cringey presentation in which he laid out his vision for Meta essentially boiled down to continued development of Facebook Workrooms, its virtual reality (VR) and AR meeting platform, and its other services. 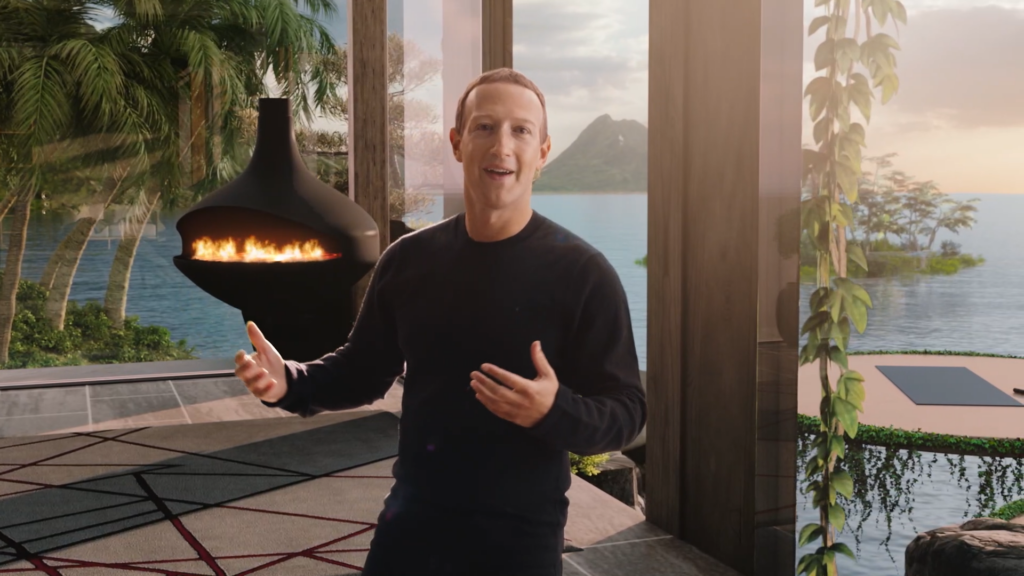 Niantic’s Hanke for his part has referred to Meta’s metaverse, which is heavily reliant on VR headsets and other tech that keep people at home, as a “dystopian nightmare,” saying he’d much rather like to see solutions encouraging people to experience the real world: rather as his most successful piece of technology already does.

Microsoft’s recent announcement that it was creating its own metaverse solutions similarly seemed to be extensions of its Teams platform.

Fortnite developer Epic has been hailed as a metaverse market leader because of its ability to mix gaming experiences with in-game concerts and promotion events. However, it’s hardly unheard of that online games host big events, albeit not previously at the scale of the Epic ones.

Virtual world developer Improbable has recently rebranded itself as a metaverse evangelist, again unsurprisingly given its business model.

So what’s really going on here?

Is the metaverse meaningless?

The metaverse is described by GlobalData social media research as a “virtual world where users share experiences and interact in real-time within simulated scenarios”.

Given that description, it makes sense for AR developer Niantic to join it. Still, the Pokémon GO developer and other companies muscling into the metaverse by essentially doing business as usual does beg the question: is the metaverse just an empty buzzword?

Alex Graves, CEO at flexible working company Silicon Reef, disagrees with that notion. He tells Verdict that the scale of metaverse investments mean saying it’s just an empty phrase would mean one “is woefully underestimating it.”

With companies like Meta and Microsoft putting billions of dollars and tens of thousands of employees toward building their version of the digital realm, he believes there’s no denying that the metaverse will catch on.

“With the weight of these behemoths behind it, anyone questioning whether it will catch on is like those in the mid-90s who thought the internet was a flash in the pan,” Graves says.

To him, that also explains why everyone from non-fungible token startups to semiconductor companies like Nvidia are angling for a slice of the metaverse pie.

“[It’s] the future. To ignore it would be a mistake on a gargantuan scale,” Graves says. “Yes, it will have problems. All technologies do. But it’s here and no one can stop it.”

Gary Knight, CEO of social audio startup WOLF, agrees that the metaverse is overflowing with business opportunities. However, he believes there are more cynical reasons as to why some companies have joined the hype.

“With Meta talking about a $10bn project alone, there is suddenly a lot of focus on the metaverse, and as such there will be huge opportunities for organisations that can find a place in the metaverse ecosystem,” Knight tells Verdict. “Applying the metaverse tag will help a lot of organisations gain awareness and potential success/funding etc.”

Another reason behind the explosion of metaverse companies is that there are no real standards for it yet, Rupantar Guha, principal analyst at GlobalData’s thematic research team, tells Verdict.

“Everybody is trying to make their expertise fit the metaverse or develop something that will represent it, but there is no standard for anything right now,” he says, adding that the lack of definition means most companies can make the metaverse be whatever they want it to be.

Guha believes market watchers will have to wait for some time yet before there is a clear definition of what is and what isn’t a metaverse technology.

“It’s very, very early stages,” he says. “There is a long way to come – like five years, six years, seven years. There is no certainty when we will see a true metaverse in its truest form and understand what the underlying technologies and underlying practices are going to be.”

Guha, however, believes Niantic has a good shot at making its mark in the metaverse, whatever it might be.

“Niantic is one of the companies we look at on a regular basis because it’s made itself a name in the world of AR games,” he explains. “Pokémon Go came out in 2016 and is still the most popular name in AR as a whole. So Niantic is definitely well positioned to benefit from being a metaverse business.”

Investor Coute seems to agree, having backed the scaleup’s new $300m round.

“Niantic is building a platform for AR based on a 3D map of the world that we believe will play a critical role in the next transition in computing,” said Matt Mazzeo, a General Partner at Coatue. “We are excited to partner with Niantic because we see this infrastructure supporting a metaverse for the real world and helping to power the next evolution of the internet.”