Fed up of waiting for your favourite vegetables to be in season so they taste better?

Scientists at the John Innes Centre (JIC), a plant science and microbiology research organisation based in Norwich may have the answer — starting with broccoli.

Fast-sprouting broccoli could be the first vegetable not to rely on seasonal weather conditions because it can be grown all year round in protected conditions.

With the potential to deliver two full crops a season, fast-sprouting broccoli goes from seed to harvest in just 8-10 weeks.

“We harnessed our knowledge of how plants regulate the flowering process to remove the requirement for a period of cold temperature and bring this new broccoli line to harvest faster,” explained Dr Judith Irwin, a crop geneticist at the JIC.

“This means growers could turn around two field-based crops in one season, or if the broccoli is grown in protected conditions, four-to-five crops in a year.” 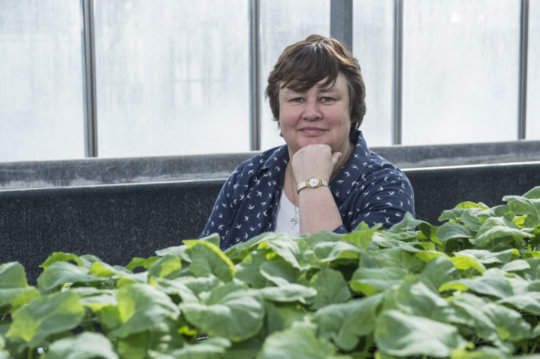 The breakthrough could also reduce UK’s reliance on imported vegetables.

The difference between imports and exports is the biggest for vegetables — with £9bn worth imported — nine times more than the country exports, according to a report published last week by the supermarket chain Morrisons.

Calls for increasing the amount of produce grown in the UK comes amid concerns surrounding rapid changes in food prices and environmental degradation.

“The continuity of food production is being challenged by changes in our climate,” said Dr Jonathan Clarke, head of business development at JIC.

“This new line of broccoli could be grown in such systems under LED lights that would overcome the problem of seasonality and our dependence on imported crops,” he added.

The conditions which allow broccoli to grow anywhere at any time of the year could also apply to cauliflower.

In time, with more innovation and research, an increasing number of vegetables could be produced in the UK, whatever the season.

Topics in this article: broccoli, scientists