Except, it’s not so secret, given that the new feature has already leaked via the official Snapchat website.

A new page was discovered on the site yesterday. It features nothing more than an image of New York’s Central Park and a countdown set for Tuesday at 8pm London time. 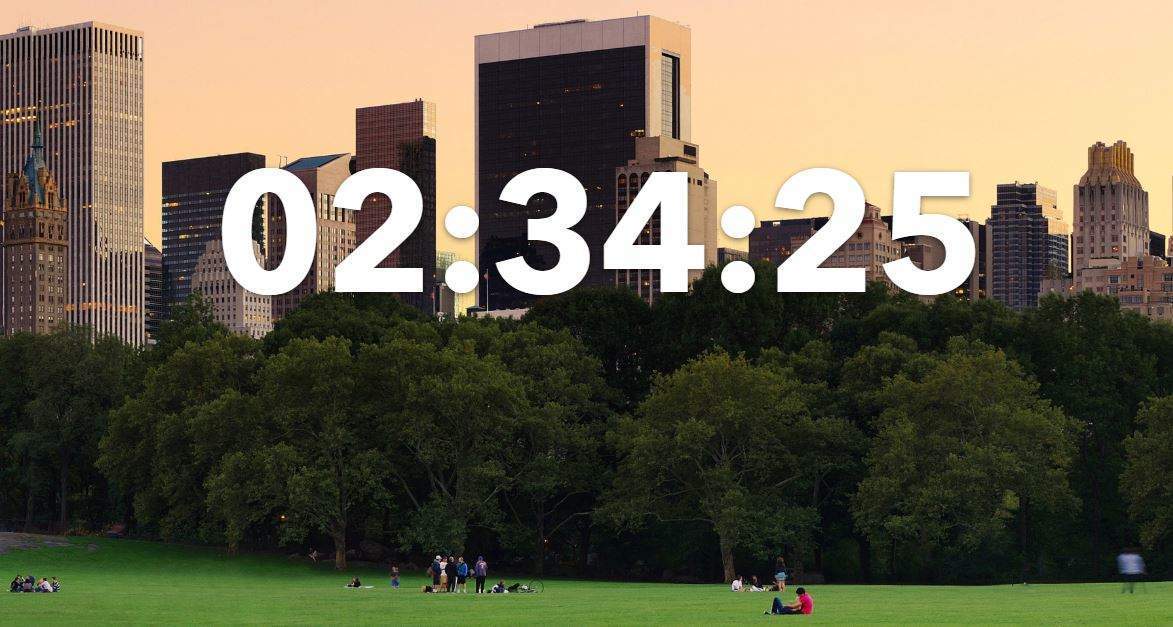 However, eager snappers discovered a way to bring the reveal forward. By changing the clock on their computers and fiddling with the code, users were able to unlock an explanation video ahead of its unveiling.

Snapchat is set to release a new augmented reality art platform that will allow artists to display their work in the virtual world.

Art installations will be pinned to locations around the world. Snapchat users will be able to view the artwork through their phone screens. A lens will appear when the user is nearby, directing them to the sculptures location.

Snapchat will be partnering with Jeff Koons to launch the new Snapchat art platform.

The American artist is famed for his collaborations with luxury fashion brand Louis Vuitton. His notable works include his inflatable balloon animals, made from stainless steel, as well as sculptures of popular cartoon and comic book characters such as Popeye and The Incredible Hulk.

These famous sculptures can now be enjoyed in the virtual world.

A silver balloon bunny will adorn Paris’ Champ de Mars. Likewise, balloon dogs can be found in Central Park and London’s Hyde Park. There is a pink snake to find in Roundhouse Park, Toronto and a Popeye at the Sydney Opera House. 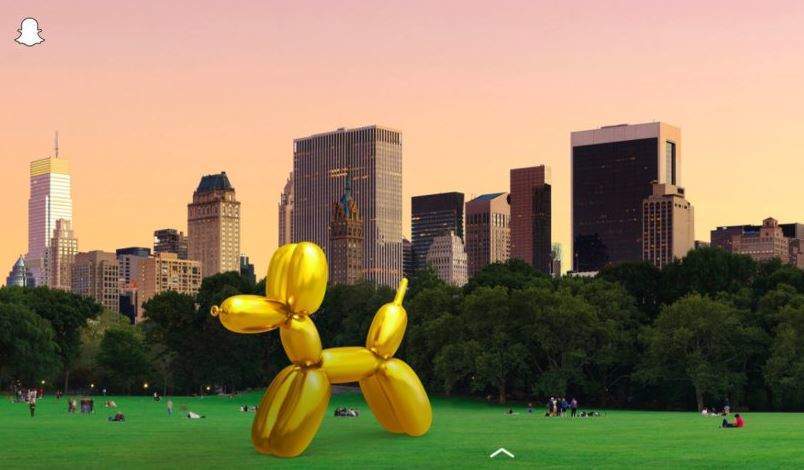 According to reports, the new feature has been created using technology build by Cimagine. Snap Inc. purchased the AR startup for $30m last year and has been putting its purchase to good use.

The technology has been used to build filters in the past, such as the popular dancing hot dog released last year. However, this is Snapchat’s first major AR feature.

Snapchat’s decision to develop an art platform comes as it attempts to beat off competition from social media giants Facebook.

Facebook has edged into Snapchat’s market in recent years with the release of features such as Instagram stories, which is almost identical to Snapchat’s stories.

However, Snapchat has now got its own back.

Speaking at the F8 developers conference earlier this year, Facebook founder Mark Zuckerberg announced that the social media site is developing features that will combine the tech and art worlds.

A video preview showed artwork and 3D effects being superimposed over real-world objects.

While the two features aren’t exactly identical, Snapchat is seemingly leading the way in the AR race. The company hopes that this will help to stabilise shaky share prices and increase falling user numbers.

Topics in this article: snapchat