Shawn McAllister is the CTO of Solace, a company providing event mesh architectures that underpin microservices and applications across devices on a network.

Interacting with a smart speaker or using a debit card is an event that needs to be brokered across a company’s infrastructure. Solace provides this service for companies such as Barclays and SAP. It can stream these events across an enterprise regardless of whether they are using an on-premises network or a public or private cloud.

As Solace CTO, McAllister heads up product strategy and engages with customers struggling to understand their data architecture. Prior to his work with Solace, Shawn headed up the software, hardware, and test engineering teams at Sir Terry Matthews-founded Newbridge Networks, before it was sold for $7bn to Alcatel.

In this Q&A, the 41st in our weekly series, McAllister discusses enterprises embracing real-time tech, explains the benefits of Kubernetes and reveals why it’s better to be “be approximately correct”. 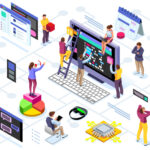 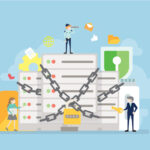 Shawn McAllister: Technology has interested me for as long as I can remember. When I started out with higher education at the University of Waterloo, in Ontario, Canada, I developed an interest in networking and application development, even while this technology was still in a formative stage. From there I worked in a variety of networking companies, which continued to evolve my interest in distributed systems, and in understanding how applications and systems are connected.

My career essentially evolved from there into a focus on real-time application interaction. When I look back at where real-time technologies started, it is interesting to see how these have developed and how we can now bring these technologies to wider audiences.

The most important thing happening right now is actually a combination of a few different things: a shift towards enterprises becoming more real-time; the move to the cloud; and the move to connect everything with a view to sharing information across the enterprise.

Now, you have this move to connect everything: your factories, your points of sale, your restaurants, your fleets. Connecting these use cases, developing cloud-based applications that make you agile, and integrating with SaaS applications in a real-time, agile manner is the most important thing happening in my field.

Covid is dramatically changing the way that people build applications, and the way that they look to effectively mobilise events to ensure changing architectures never lose sight of what really matters: being connected.

For me, from an overall tech point of view, it is Kubernetes, because of its potential as a technology enabler. It is becoming the cloud-based operating system that allows you to build distributed microservices anywhere, make them portable and to develop apps without having to worry about infrastructure and having to scale them rapidly.

It provides brand new architectural methods of building apps that you can then deploy in a very agile way. From the point of view of customers who have factories or distribution centres, where they are deploying Kubernetes, they have the ability to deploy more intelligence, to make an enterprise so much smarter by providing that infrastructure. This then drives the need for what we call an event mesh, which is the ability to have an event produced and consumed anywhere in your enterprise. Deploying applications anywhere on Kubernetes is interesting, but if they are not connected to your real-time enterprise, then they are of no value.

To separate these, it comes down to whether a technology is providing business value. Technologies that either start off with a problem they solve or evolve into solving a significant business problem, those are the ones that move away from just being hype towards actually being disruptive.

Events and event-driven systems play that disruptive role because they provide indisputable value to a real-time system. Consumer expectations are becoming constantly real-time. I can order an Uber and see its status. I can order an item from Amazon and know its path anytime I want to. All of that information is in real-time. We as consumers have just become used to it. 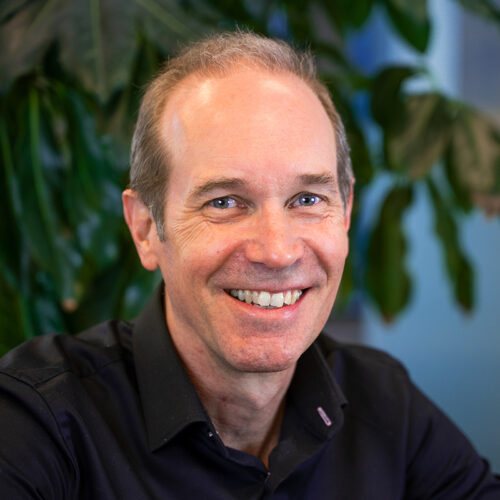 The best bit of advice I have been given was when I left my previous employer to join Solace. The president of the company called me up and gave me some incredibly helpful advice. Some of it might be obvious, but he emphasised the importance of surrounding yourself with good people, which is something I stand by today, and the other thing he told me was “be approximately correct”.

The reason for this is that, if you wait until you are sure, somebody else will have made that bet and will be ahead of you. If you wait for certainty, you are probably already too late. The third thing he told me was, because you are only approximately correct, be prepared to react quickly.

My interest in tech started in high school, so in the early days I started out playing around with Fortran. Back then, computers were incredibly limited compared with what we have now. For example, I now have more computing power in my watch than I had on early computers. While at school I built a Donkey Kong application on a Commodore 64, which was a fairly primitive application. That was pretty early days for development, and it is incredible just how much progression has been made in this space.

My father was principal at a high school and every year he would do scheduling, sorting out which students were in which room with which teacher and it was an absolute nightmare. I was able to write software in a couple of hours that could replicate what he spent weeks doing. From there I went to the University of Waterloo and through the co-op program learned about different businesses and technologies and progressed my interest from there.

It sounds cliched, but there rarely is a ‘typical day’. My days are very different now. Prior to Covid, I was on a lot of planes talking to a lot of customers. Now, I still talk to customers, but remotely. For me it is a combination of interactions, learning from customers about what they need, where they are going and how I can steer our roadmap to help them.

Another aspect of my day is that the engineering team at Solace reports into me. I spend a lot of time with them on roadmaps and architectures, what do we build and in what order, how do we build them, etc.

I am very lucky to find myself in a middle environment between marketing, sales, customers and our internal R&D and innovation teams.

So this might be slightly stereotypical, but as a Canadian I do play ice hockey (we just call it hockey on this side of the pond). Being from Ottawa, the Senators are my team through the good times and the (predominantly) bad times.

I would say for me the one that stands out is Steve Jobs, for a couple of reasons. Steve Jobs was not necessarily the world’s greatest technical mind, but he was technical enough to understand what was possible with technology but then also having the vision to make it happen, to bring it to market and then communicate that and the benefits of the technology to his user base. It was a combination of having great technology that was developed at Apple, and then bringing this to a mass-market, which changed the world.

The biggest challenge facing humanity is our ability to deal with environmental issues, to be more green, to be kinder to the planet and there are lots of technology use cases where we can do that.

I also think that some of the events across the social media space, and the impact this medium is having on society are a serious challenge. It is great having a platform that engages people, and it drives a lot of great things, but the other side of that coin is that there can be negative implications in terms of how people interact on these platforms.